Read more
You are at:Home»Records»Albums»‘These are not the same artists from the seventies’: A Review of ABBA’s Voyage
By Daniela Gonzalez on November 20, 2021 Albums, Records
80%
80
Beautiful

ABBA's comeback is sweet, pop, and everything you would expect from the iconic band.

After 40 years, Swedish pop band ABBA have returned with an album so alienated from today’s sound that it feels like the band never actually left.

Voyage is a project that began in 2018, with Benny Anderson and Björn Ulvaeus recruiting Agnetha and Agni-Frid for one last hoorah. Filled with the classic harmonious and joyful tones fans know and love, this new album might not be packed with club bangers, but it stays within the essence of cheesy and nostalgic pop.

The ballad ‘I Still Have Faith In You’ opens the record, and just like its lyrics say, it’s a bittersweet yet hopeful song that could even apply to the process of the members getting back together and asking themselves, “do we have it in us?”. It’s a mellow, yet strong, preface to ‘When You Danced With Me,’ a melody that mixes their classic style with Irish folk, complete with pipes and accordion. 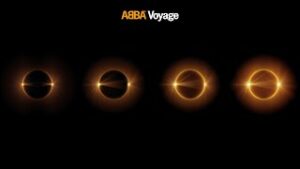 The third track is the promised Christmas song ‘Little Things.’ Even though this song doesn’t quite go with the rest of the album, the composition is sweet, caring, and perfect for the upcoming holiday season. This track is proof that ABBA never has and never will stick to trends or the status-quo. Besides, the children’s chorus at the end is too delightful to ignore.

Moving on to the middle of the record, ‘Don’t Shut Me Down’ and ‘Just A Notion’ take centre-stage as the more lively tunes in the soundtrack. It’s easy to see why ‘Don’t Shut Me Down’ was chosen as the second single of the album, being one that’s very reminiscent of their past disco-bangers. On the other hand, the latter was created during their time of glory for their 1979’s album Voulez-Vouz. Why it was previously rejected remains a mystery, but the fact is that ABBA fans will appreciate its rhythm as a nod to the olden days.

Track six follows with a piano filled-ballad ‘I Can Be That Woman.’ Lyrically romantic and sad, the singers’ vocals shine with youthful tempo. ‘Keep An Eye On Dan’ picks up the pace again with a touch of  ‘Gimmie! Gimmie! Gimme!’ and an ending that uses the same beat as ‘SOS.’ 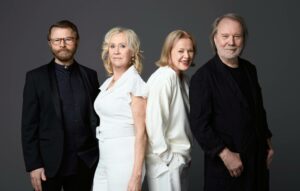 As the album progresses, it’s quite clear that these are not the same artists from the seventies. They have grown, evolved, and lived a life that’s reflected in these new lyrics. They include less Friday night anthems – but this is not necessarily a bad thing. If you listen to it expecting ‘Dancing Queen’ vibes, then you’re in for a disappointment. However, their lyrics have become more family-oriented, showcasing issues of a more mature ABBA that’s interesting to explore.  An example of this is ‘Bumblebee,’ a song about the beauty of nature and the dangers of climate change.

The penultimate song, ‘No Doubt About It,’ is fast-paced and just plain fun. Here the band feels playful and is the perfect introduction to the closing statement that is ‘Ode To Freedom.’ This last song is an awe-inspiring finale that leaves you thinking while admiring and embracing the beautiful orchestra.

Overall, Voyage is a solid comeback that gives fans a little bit of everything. Even though ABBA didn’t need a comeback because their songs are still very popular to this day, this fresh material is not only a nice surprise but also a testament to the band’s talent. With the forthcoming digital concert ABBA Voyage premiering on May 27 2022 in London, ABBA’s future promises technological excitement that will add to the timeless experience of their music.

Voyage is out now. Watch the video for ‘I Still Have Faith In You’ here:

MA Film Studies student and fan of old Hollywood. You can find me writing or podcasting about Marvel, Disney, early 2000's films, and listening to movie musical soundtracks.