Read more
You are at:Home»Records»Albums»Review: Kevin Morby – Oh My God
By Tom Brewster on May 1, 2019 Albums, Records
100%
100
Breathtaking

The entrancing songwriting of Kevin Morby is stronger than ever on his latest. If you listen to one album today, please, make sure it's this.

I’ve had a feeling recently of existing in a bit of a musical drought – not for want of excellent releases but lacking that feeling of loving something as unconditionally as I used to despite its imperfections. Over-criticising albums in light of their individual parts (oh, ‘x’ album would be better if they axed tracks 2 and 9) has seemingly become a trope in the way I understand music as a whole – a blockade to simply being pulled in by the mismatched charm of ‘the album’ or from feeling the spiritual resonances only the ‘personal record’ can produce. Nothing has captured the feeling of first discovering Sound of Silver, Never Were The Way She Was, Not Art or Freedom. Some of me felt like recent 5* reviews from me were just gestures at an attempt to truly love something – an internalised persuasive move from myself, to try and adore something in the same capacity as I do those staples of my collection.

I’ve not written much in a while for The Edge for various reasons, but a conversation was playing over in my head about my feelings around said star ratings. One side of that conversation, that would often win, is that 5* albums should largely be out of reach – that I’d given them out freely like clever similes in reviews, that I needed to stem my personal flow of glowing reviews so that the records that do get the perfect score are the essential listens, the crème of the crop, the genuinely powerful and transformative.

There’s a fantastic Guardian review knocking around at the moment condemning the virulent shitshow that is Chris Lilley’s latest tumour, Lunatics¸ where the reviewer understands a new love for the previously disregarded in light of the apocalyptically awful, and in some ways Oh My God exists in a similar space, albeit in the complete opposite capacity, forcing me to reconsider what I’d given glowing reviews in the past through the monumentally high bar it sets. Equally, I’ve had problems in the past with finding the right words for things I love because always feel like I’m doing the work a disservice by trying to capture the beauty in its practical qualities, missing the kind of ethereal and uncapturable aspects that exist in places that defy description. Like an entomologist putting a butterfly behind glass, mechanically dissecting records in such a manner doesn’t ever feel like a great way of expressing the personal joy that comes with discovering something beautiful.

This struggle to find the words for something beautiful and awe-inspiring is perhaps thematically apt in relation to Kevin Morby’s latest masterpiece, Oh My God, an album bedecked in references to the overwhelming. The phrase ‘Oh My God’ oscillates between meanings across the span of 49 short minutes, but right now it most aptly describes my awe at this record as well as my exasperation at personal inability to describe it. ‘Oh my god, this thing is perfect – but oh my god how am I ever going to review it’.

I listened to this album in a coffee shop, tapping away at a dissertation that’s slowly digging away at my will to live and nursing a hangover from an oddity of a 21st birthday celebration – not exactly the ideal parameters under which to really love a record. It took me roughly three hours to listen to Oh My God, because I kept pausing, rewinding, sharing headphones with friends, excited to share the marvelous experience I was having – it brought me out of a funk, it made me feel happy – not just a mild buoyant lightness or slight improvement in mood that comes with having music on in any capacity but a tear-jerking, life-affirming joy that’s particularly hard to come by. No album of 2019, so far, has had such a range of consistent, powerful high notes that ring out so clearly and beautifully. 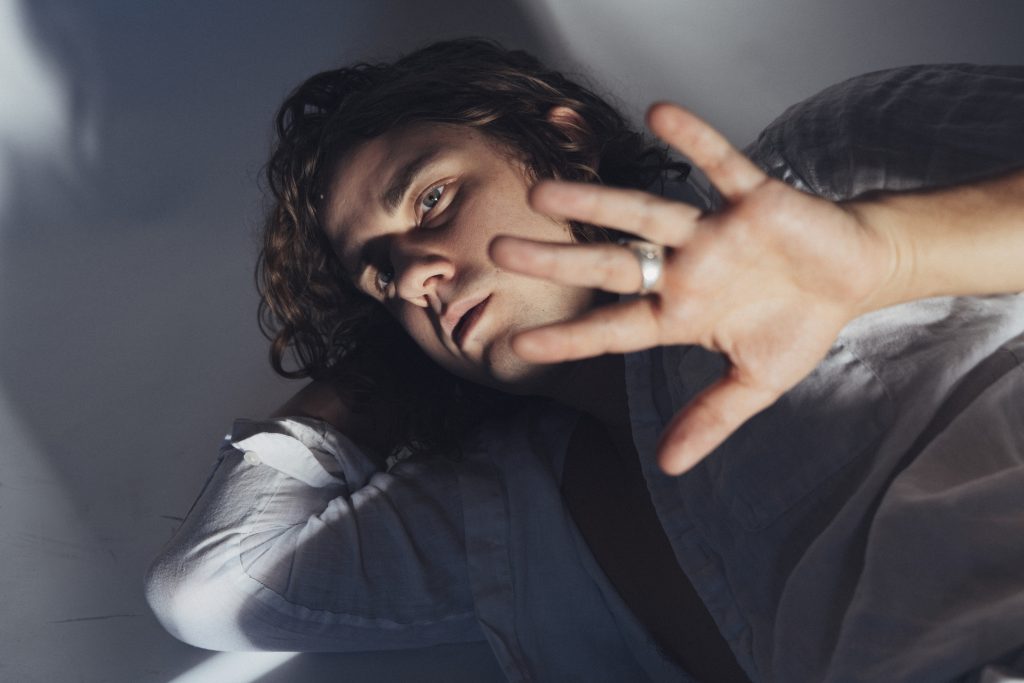 The full spectrum of faith is gloriously on show across ‘Oh My God’ – so much so that the title of the record becomes a mantra – a bold, triumphant assertion of personal faith as well as a terrified cry at the state of the world. It acts as a marvel at one’s state of being alive and kicking as much as it is a panicked cry out to authority when it all gets to be a bit too much; a way of making sense of  a world as well as an exasperated complaint when that world refuses to have sense made of it. Morby’s plain-spoken vocal style squarely places his simple statements at the core of these songs – rousing in their directness and honesty, compelling in their trust in the divine. Oftentimes they are echoed in gospel choirs that burst into the record – adding a hushed reverence to its quieter moments and a bombastic power at others – enriching the pastoral, painterly imagery that recalls films like Oh Brother Where Art Thou?, the long highways of rural America and the white wooden church standing alone in the dustbowl.

But more than its lyricism, Oh My God is an album made by its individual moments – the introduction of a woozy, lilting saxophone and humming gospel choirs on the title track; a weary flute on ‘No Halo’ that flutters in and out of focus before giving way to spacious, wide-open synth tones that resonate and glide over the top of one another; the searing crackle of electric energy that twirls around the solo of ‘Seven Devils’ and the pirouetting glissandos of a gently plucked harp on ‘Piss River’. The ethereal, godly and unattainable is brought sharply into focus through fabulously recorded but instrumentally sparse arrangements – leaving nothing swamped or subsumed, opting for clarity over excess. Morby’s vocals compliment this relative emptiness, allowing the moments in-between notes to resonate as much as the notes themselves – the implications of lyrical turns amplified by their scarcity. Oh My God is a room the listener wanders into, feeling the air and taking refuge in its assertive simplicity. In the words of Morby himself, the record is ‘Inspired by storms, steeples, marathons and much more – but most of all it’s about existing above the weather. Safe from the chaos…taking stock of all the pretty people, halos in disguise hovering above them’. Oh My God comes on two gorgeous sky-blue discs, reflecting that sense of sanctity and peace; and after listening, things are a little clearer, paths are wider, and the gates of heaven stand open as wide as God’s closet.

I’ve written this review in a rather embarrassingly breathless fashion, and I’m acutely aware that results may vary. I know that this record connects to me for a plethora of personal reasons rather than the purely musical, perhaps, and that the coincidences and alignments within this album perhaps stirred faith or tugged at the heartstrings a little harder than they might otherwise. I’m sure that most people listening to this album will enjoy it at face value, and engage with it as a well-thought-out product and a keenly realised work of art, but to me, it represents something a little more involved and powerfully direct.

Oh My God is available now via Dead Oceans.