Gone are the alter-egos and high-concept funk operas. Dirty Computer is Monáe's least experimental work to date, but also her most accessible and intimate.

It’s always been hard to pin down Janelle Monáe as an artist. Bursting onto the scene as The ArchAndroid in 2010 – adopting the Cindi Mayweather alter-ego while she was at it – Monáe’s 70-minute debut was a scorching funk opera experiment in soul, R&B, and Motown jams, taking the concepts of early-cinema masterpiece Metropolis and coating them in a healthy layer of Wondaland pop sheen. Her 2013 follow-up The Electric Lady continued the Cindi Mayweather story, albeit in a far synthier direction, with plenty of callbacks to ’80s legend (and mentor to Monáe) Prince as it switched from funk to pop and back again, taking a stop-off at psychedelic rock along the way.

So when the chameleonic R&B virtuoso came out as pansexual less than 24 hours before her third studio LP, it was telling of the bold new direction her Dirty Computer would take. Earning her big commercial break as an actress in 2017’s Oscar-winning Hidden Figures and Moonlight, Monáe found herself the face of the discriminated and marginalized communities those films championed. With lead singles ‘Make Me Feel’ and ‘Pynk’ pulling no punches in openly suggesting her pansexuality just weeks before those suggestions were confirmed, the feeling was that this would be no ordinary pop album. 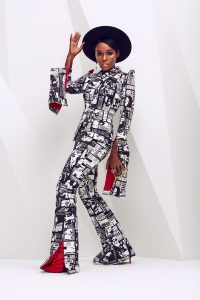 By just the 10-minute mark, that feeling is wholly venerated. Dirty Computer may be the poppiest of Monáe’s three records, but it still remains just as genre-hopping as The ArchAndroid and The Electric Lady. From the Prince-inspired futuristic synth of ‘Take A Byte’ and ‘Americans’ to the lethal West Coast hip-hop of ‘Django Jane’ and pure R&B-come-disco delight of ‘Make Me Feel’, Monáe borrows and blends from a wide array of musical styles and influences in a way that would crumple under its own weight under a lesser artist. Under Monáe, it blossoms into a beautiful sonic landscape that excites and enthrals, keeping you well and truly engaged throughout the album’s 49-minute runtime.

Not that the instrumentation needs to be perfect to keep you hooked. Monáe’s lyricism reaches new heights here as she makes a grand political statement for the mistreated and marginalized, embracing all that makes each of us unique as reason to celebrate. There are of course the sublime ‘Make Me Feel’ and ‘Crazy, Classic, Life’, which rejoice in the idea of loving anyone and everyone and simply living free. ‘Pynk’ is a celebration of all things feminine, whilst ‘Django Jane’ acts as a direct call to arms – the impeccable line “And we gon’ start a motherfuckin’ pussy riot / Or we gon’ have to put ’em on a pussy diet” standing out as a highlight. There’s even room for a call-out against President Trump, as Monáe defiantly cries “If you try to grab my pussy cat, this pussy grab you back” in the Pharrell-featuring ‘I Got The Juice’. This is not a simple pop album with danceable beats that lack any substance; Monáe is as sharp-tongued as any MC, and has the guts to speak truth to power on her most marketable record to date.

All of this is to tie into her “dirty computer” concept. This is Janelle Monáe, so although there’s not a Cindi Mayweather in sight, technology features heavily throughout the project, both in the Prince-inspred instrumentation and in the many subtle metaphors dotted throughout the tracklist. References to sexuality, race, and social class as “bugs” and “glitches” in computer code to be embraced rather than fixed pop up again and again, from the dreamlike opening track to the album’s satirically euphoric curtain-call. It’s a theme that’s fully explored in the accompanying 43-minute “Emotion Picture“, starring Monáe alongside Tessa Thompson, which envisions a Handmaid’s Tale-on-electric-steroids dystopian future, where humans are treated as computers, to be “cleaned” and “fixed” upon any deviation from the established norm. 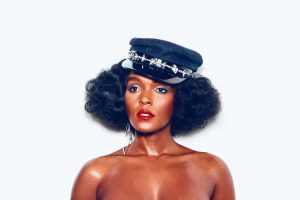 Dirty Computer is itself a rallying cry against this kind of horrific futurescape, not only in its lyrical tones and themes but also in its sheer, dripping, sexiness. The instrumentation throughout is smooth and seductive, luring you in to Monáe’s steamy lyricism. Nowhere is this more apparent than in ‘Take A Byte’, in which Monáe promises “I won’t tell” if you “Just go ahead and help yourself”, the shimmering synthpop production providing the perfect excuse for you to fall into the seductive sonic landscape delivered by her Wondaland label. “Everything is sex / Except sex, which is power,” she bluntly explains in ‘Screwed’. Judging from how hard it’s been to tear away from the preceding 15 minutes, it’s hard to disagree.

The culmination of Dirty Computer comes in its closing four minutes, as ‘Americans’ questions everything it is to be living in the modern age. Ostensibly an upbeat celebration of America and the West, ‘Americans’ takes its cues from Bruce Springsteen‘s ‘Born In The U.S.A.’ in subverting the expectations set up by the exultant instrumentation with some terrifically quick-witted lyrics. “Uncle Sam kissed a man, Jim Crow Jesus rose again” Monáe cries in the opening verse; old American traditions of pledging to the flag and washing it all down “With a big old piece of American pie” are ironically mocked in a deeply satirical chorus. Everything explored in the preceding 45 minutes is given its time in the final four, Monáe reaffirming her support for the LGBTQ+ community, people of colour, and poor white people in this whistle-stop deconstruction of conservative values.

Dirty Computer is the next level of musical progression for Janelle Monáe. The high-concept funk operas of The ArchAndroid and The Electric Lady may be long gone, but Monáe’s embracement of pop has done nothing to dour her sharp tongue and even sharper production. Her most overtly political record to date, it is also by far her sexiest and most intimate, featuring oodles of seductive instrumentation and lyrical imagery, alongside promises to live free and love even freer.

But perhaps the most telling moment comes as we finally meet the person behind the music as the album quietly draws to a close. “I’m afraid of it all, afraid of loving you,” Monáe whispers, driving home the importance of delivering a record such as this in the current day and age, when many still see the uniqueness that defines a “dirty computer” as “bugs” and “glitches” that must be fixed, rather than fragments of individuality that make each of us an interesting and compelling human being. In the end, Dirty Computer is a celebration of all of that, and a rather sublime pop record to boot; it is a breathtaking album of astounding clarity and depth that deserves your full attention.

Dirty Computer is out now via Warner Music International