Jay Electronica seems relatively unknown within modern hip-hop considering his intense influence in the 21st century. Signed to Jay-Z‘s label Roc Nation, Electronica made his debut back in 2007 with a 15 minute EP which was characterised by samples from Michel Gondry’s now classic film Eternal Sunshine of the Spotless Mind, delivering intelligent conscious spoken word poetry over these distinct beats. This was one of the earliest online hits of hip-hop culture, and the buzz around Electronica was huge. Even though Electronica would appear for features on projects by Mac Miller and Chance the Rapper, even having a verse on the highly influential Big Sean single ‘Control’, he would leave fans wanting more for a staggering 13 years, releasing his debut album in 2020 just a couple of days before lockdown started in most countries across the world.

Of course, releasing at that time probably didn’t help record sales. However, the buzz around the album was shockingly short lived – people seemed to love it, but then forgot about it soon after. Electronica’s recent appearance on Kanye West’s Donda reminded fans just how great of a rapper and lyricist he is, but again this seemed to have little impact on his overall reputation. 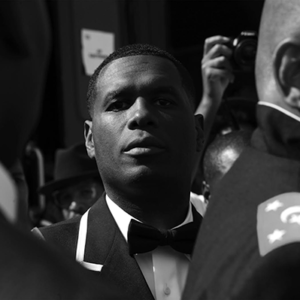 A Written Testimony is, as the title infers, a statement of intent and a proof of artistic power. Made in secret collaboration with Jay-Z (who features on seven of the ten tracks on the record), the album is a unique and deeply literary experience that few hip-hop records can offer. Explaining his absence by stating that “Familiarity don’t breed gratitude, just contempt/And the price of sanity is too damn high.”, the album feels like a 40-minute victory lap from one of the best lyricists alive right now. He speaks of his struggles with addiction to alcohol and drugs, and the transition he has made in his life since the release of his Eternal Sunshine EP in 2007 towards the Nation of Islam and the teachings of the Honourable Elijah Muhammad (the same man who inspired Malcolm X!).

With stunning features from Jay-Z, Travis Scott and The-Dream, and production from underground hip-hop favourite The Alchemist, No I.D. and Electronica himself, it is an album made over ten years that feels relevant; an impressive feat when considering all that Electronica has gone through on a personal level during that time, too.

Bearing his soul on the album’s touching finale ‘A.P.I.D.T.A’, Electronica explains mourning the loss of his mother and his struggles with mental health – “Eyes fiery, cry tears to my diary/Sometimes a Xanny bar can’t help you fight back the anxiety.” – over a moving guitar beat, daring to go in directions so far from mainstream hip-hop that his work becomes all the more admirable for its boldness.

Electronica’s production is also surprisingly great – while he has rarely produced for others, he takes fantastic samples (the use of a Rihanna sample on ‘Flux Capacitor’ is one of the wildest sample flips these ears have ever heard, and who else in hip-hop would sample Brian Eno as Electronica does on ‘Ezekiel’s Wheel’?!), giving the record beautiful instrumentals to match the always thoughtful, poetic lyrics that speak to modern issues and go much further than most artists currently are willing to do.

Jay Electronica’s A Written Testimony is now streaming, via Roc Nation. Listen to ‘A.P.I.D.T.A’ below: