Read more
You are at:Home»Records»International Genre in Focus: K-pop
By Martyna Posłuszna on February 2, 2016 Records

South Korean pop music covers wider range of music styles than its Western counterpart; k-pop is a hodgepodge of dance-pop, electronic, rap, r&b and even rock. It has style, it is smooth and highly addictive which is reflected by an immense and dedicated fan base across the world.

K-pop has become South Korea’s greatest export. It is the result of social media networking and video sharing services which have made it possible for a vast audience to access it. The success behind k-pop is in the artists. Their professional regime borders with insanity. They are trained for years, rehearsing and practicing up to 16 hours a day, in singing, dancing and developing individual style. They live in dorms, separated from their families. One might say it is extreme but the outcome is so fabulous, I would not be the one to complain. That is what is ever so often missing from the Western performers: one can either sing or dance. That is why singers like Beyonce or Lady Gaga who put so much effort in their careers are so popular. But these are the exception. Each k-pop music video is a unique, elaborate piece of audiovisual poetry. Imagine music industry where every one aims to be excellent in what they do. Welcome to South Korea. 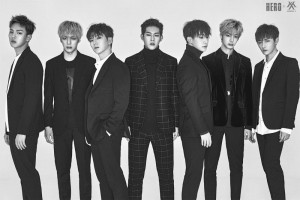 Take the best out of pop, and you will have k-pop. The uniqueness behind that genre is artists; perfectionism in shaping their image. What is greatly valued within k-pop boys’ and girls’ bands are brotherly values and respect. There is always a leader in a group who is responsible for harmony. Another common practice is the meet and greet between younger and older or earlier debuted artists. As a result, traditional social system in Korea has its influence on music industry as well. 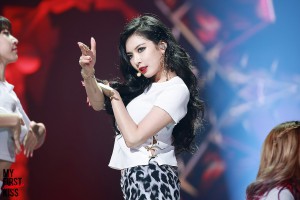 Hyuna, a main singer of 4Minute, as well as a successful solo artist

K-pop is catchy and rich. The industry involves ‘fan-service’ which is based on artists’ frequent appearances on various tv shows which allows fans to get to know them better. Rather than their music, the audience takes liking in their idols’ looks and personalities. Dedicated fans of k-pop artists often resort to rather obsessive and stalker-ish forms of idealisation. Harassing and infringing the privacy of celebrities is not uncommon. Basically, the effort k-pop performers put into creating their own glamorous brand is so appreciated, it often results in obsession. K-pop is not just another music genre; it is like pop on acid made addictive. Once you become immersed in this fabulous world of style, edge and swag, you will need it. It’s a drug.

Here is my list of k-pop songs worth giving a listen: