As the Autumn season begins and we enter the month of October, Netflix and Disney offer spooky tidings of new Halloween films, Marvel confirms the cast list for Ms. Marvel (who will be the company’s first Muslim superhero), and AC/DC amps up the hype of an anticipated comeback and a potential single to hit the scene very soon. Check out this week in news:

October, the spookiest month of the year, just got a whole lot better with the seeming confirmation of two approaching Halloween films: a Hocus Pocus sequel and a remake of the beloved classic The Witches.

The first announced of the duo was Hocus Pocus which came as a reveal from Bette Midler who reported she is in talks to reprise the role of beloved evil witch Winifred Sanderson. While this doesn’t officially come as confirmation that a sequel is imminent let alone even on its way, the fact that Bette Midler is reportedly in talks with Disney leaves more than enough hope that a much-loved sequel could be on its way. While nothing has been revealed about the plot or any other casting details, here’s hoping this rumour quickly turns into reality and blesses our screens sooner rather than later.

In another reveal that shortly came after Hocus Pocus, Warner Bros. Pictures took to social media to confirm that the remake of the Roald Dahl classic The Witches is “coming soon”. Starring Anne Hathaway, Octavia Spencer, and Stanley Tucci; the strong cast is joined together by seasoned directors and writers comprised of Robert Zemeckis and Guillermo Del Toro to name a few. What followed behind the poster was a trailer a couple of hours later which reveals all the magic, mayhem and evil scheming that made Dahl’s book as well as the 1990 film beloved in the first place. The new film is expected to be released on HBO Max in the coming months. Check out the trailer below:

In the world of the Marvel Cinematic Universe (MCU), Marvel has unveiled their cast for Ms. Marvel, the young Muslim superhero who first appeared in the 1977 comic Ms. Marvel #1. Hailing from writer Bisha K. Ali, newcomer Iman Vellani will play the Pakistani-American Kamala Khan in the upcoming Disney+ show which will feature the directing talents of Adil El Arbi, Billall Fallah, Sharmeen Obaid-Chinoy, and Meera Menon.

From being confirmed back in 2014 as the chosen first Muslim superhero in the MCU, it’s exhilarating to finally begin to see the show take shape as the MCU continues to strive to diversify their onscreen representation. The announcement of Iman Vellani follows shortly after Marvel also confirmed Tatiana Maslany as the lead in the upcoming She-Hulk as was well as the news that Samuel L. Jackson‘s Nick Fury character will also be receiving his own Disney+ show. All of this news also came following the hotly anticipated first trailer for WandaVision.

While more of the cast and plot for Ms. Marvel is yet to be confirmed, it’s fair to say this is one show that will have MCU fans eagerly anticipating.

Legendary rock group AC/DC have finally confirmed their comeback after teasing it earlier this week. Reuniting Brian Johnson, Phil Rudd, and Cliff Williams; the band have been sharing a series of ‘PWR UP’ teasers on their social media. However, on September 3oth, they officially announced the comeback with Johnson on vocals, Rudd on drums and Williams as a bassist. All three members had previously stepped away from the band in 2016 for various reasons but their return will also see them united with Angus Young as lead guitarist and Stevie Young as rhythm guitarist.

Along with these reports comes rumours that the band have already recorded their next studio album which had sadly been delayed due to the ongoing coronavirus pandemic. With their last album release in 2014, it remains unclear when their next album will be released or when we’ll hear any new singles from the band. However, true to AC/DC form, we can all bet we’ll be in store for some mighty bangers that will have rock fans happy all across the world. 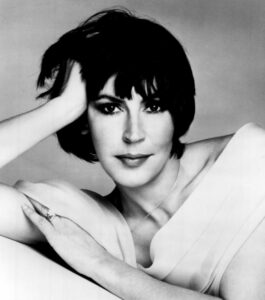 Helen Maxine Reddy was an Australian-American singer, songwriter, author, actress and activist most famously known for the 1970’s hit song ‘I Am Woman’. Largely regarded as the queen of 1970’s pop, Reddy has been active on the music scene for more than a total of 40 years as well as many years in the film and television industry as well, notably appearing in Disney’s Pete’s Dragon.

Reddy died at the age of 78. She had suffered from Addison’s Disease and Dementia in her later years.