Read more
You are at:Home»News»Global News»Gaming at a Glance: Return of the RPGs
By Liana Dent on June 3, 2018 Global News, News
It’s been a huge couple of weeks for RPG fans, with new titles confirmed and released for some of the most iconic series out there.
Tamriel opens its gates to The Elder Scrolls fans once again in The Elder Scrolls Online: Summerset. For those seeking a challenge, prepare to die once again (and again, and again) as you return to Lordran in Dark Souls Remastered. Nintendo have finally confirmed the first Pokemon game to arrive on the Nintendo Switch. And a new Fallout title has been announced in the form of Fallout 76. 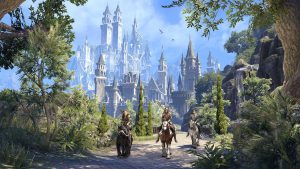 First up, The Elder Scrolls: Summerset was released on 21st May for PC and Mac, and arrives on 5th June for PlayStation 4 and Xbox One. The next chapter in the massive MMORPG opens the gates to the kingdom of the High Elves. It also introduces the Psijic Order – a new Skill Line – and Jewelcrafting. Summerset itself is a large new region and one of the most beautiful areas to discover in an already visually stunning game. Between the story, the new skills and exploring the land, fans of The Elder Scrolls Online will find plenty to reasons to get lost in Tamriel once again.

However, if you’re looking for another fantasy RPG with stunning story and visuals, but would like the added bonus of it reminding you over and over again exactly how bad you really are at gaming, there’s one series to turn to. On 25th May, Dark Souls returned in the form of Dark Souls Remastered, bringing a much-needed update to the beloved game. The second in the Souls series, but the first of the Dark Souls trilogy, this game is known and loved for its brutally difficult gameplay and the correspondingly massive sense of accomplishment from taking a step forward, however many attempts that might take. 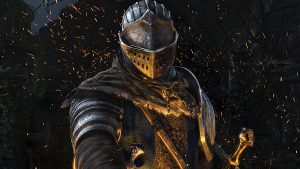 However, the original Dark Souls suffered from many teething problems, not least of which included a PC port which was incredibly lacking – gamers are often told to ‘press the Triangle button’ on their PlayStation controller while playing with a mouse and keyboard. This update remedies this issue and many others (framerate, thankfully, among them), and does justice to the bleak but beautiful landscapes of Lordran in all their 4K-resolution glory. If you’re after a serious challenge – painstakingly piecing together the story, trying again and again for every moment of success, and that final sense of accomplishment which is almost impossible to replicate in any other game – it’s time to return to Dark Souls, or to experience it for the first time if you missed out on the original.

And for a very different flavour of RPG (although no less punishing, if you ever faced Whitney’s Miltank), a Pokemon game for the Nintendo Switch has finally been confirmed. On 29th May, Let’s Go, Pikachu! and Let’s Go, Eevee! have been announced for release on 16th November. It’s far larger than a game like Pokemon Go, but isn’t quite a main series game like X and Y or Sun and Moon. However, making one game with two options – Pikachu and Eevee – places these games closer to the core series. This implies they can and will thrive in their own right, despite not being the Pokemon we’re used to. 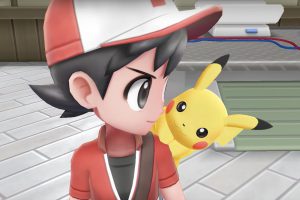 After all, this is the first time anything resembling a main series game has been available on a home console, so it’s no surprise things will be a little different. Let’s Go features the original 151 Pokemon, and one or two brand new ones, and involve cooperative play for the first time. And they wisely capitalise on the popularity of Pokemon, Go, which still boasts an enormous fanbase after the unprecedented hype surrounding its release died down.

To tide you over until November, an adorable mini Pokemon game is out on the Switch right now, and will be coming to your phone in June. Pokemon Quest is an entertainingly simple collecting game at its core, like Pokemon Go, and has racked up over one million downloads since its recent announcement. And the original Pokemon games have not been forgotten. A new instalment in the main series will be released in 2019. It’s currently untitled, so the jury’s out on whether this will continue the ‘one new game, one remake’ tradition, or be a brand new successor to Sun and Moon. I’m hoping for a Platinum remake. The Sinnoh region has some of the best Pokemon of all time. Don’t believe the naysayers. 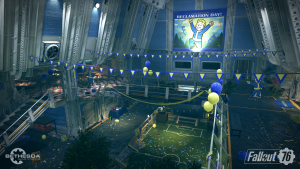 And finally, after a few hours of dropping hints, Bethesda dropped a surprise new trailer announcing Fallout 76. This trailer drops a few more hints about the nature of the game. True to the title, the game appears to revolve around Vault 76, which has been namedropped as far back as Fallout 3.

We see a closed Vault 76 celebrating Reclamation Day – five years before the current date on our hero’s Pip-Boy. Why is the vault still closed? Will the game revolve around reclaiming the lands outside ourselves? It’s this and a few purported whisperings which have led to rumours of Fallout 76 being an online survival RPG, different to its campaign-heavy, single-player predecessors. What has been confirmed is that that much more will be revealed at this year’s E3, which begins very shortly on 10th June.
Next time: E3 strikes! With the long-awaited announcement of a Pokemon game on the Switch, how is Nintendo planning to follow this up? Will we get more information on the new Super Smash Bros., or a confirmation of the coveted Animal Crossing title for the Switch? And what news will we get of Fallout 76? All will be revealed by The Edge‘s coverage of E3, beginning on 12th June!
Check out the trailer for Let’s Go, Pikachu! and Let’s Go, Eevee! below:
Share. Twitter Facebook Google+ Pinterest LinkedIn Tumblr Email