Night Visions, the first studio album of Las Vegas based rock group, Imagine Dragons was released on this day five years ago in the UK, on 4th September, 2012.

The group’s debut album, which has since been certified Double Platinum, entered the Billboard 200 at number 2 in the US. It was the fourth best-selling album of 2013 and featured the hit songs that brought the band international fame including ‘Top of the World’, ‘Demons’, ‘It’s Time’, ‘Hear Me’ and ‘Bleeding Out’. 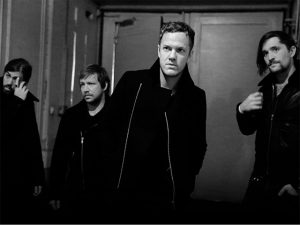 ‘Radioactive’ is the first track on the Night Visions album and was the band’s first top 10 single. Breaking the record for the slowest ascension to the top 5 in chart history, it has since gone on to sell more than 7.5 million copies in just the US.

Following the success of their first studio album that took three years to complete, Imagine Dragons travelled the globe on a tour that lasted until mid-2014 and spawned the beginnings of their next album, Smoke + Mirrors that went on to sell over 1 million copies in the US and led to another global tour. One musical hiatus later and their third studio album, Evolve, which was released this year on 23rd June 2017.

Enjoy the hit that made Imagine Dragons fly and give ‘Radioactive’ a listen below: