Ryan Reynolds, the man behind the iconic red and black mask of the Merc with The Mouth has today teased his film’s upcoming sequel. 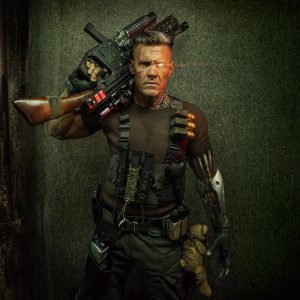 Image via @VancityReynoldsouth has today teased his film’s upcoming sequel.

The self-proclaimed King of Twitter was on fire once again, tweeting: “We all have that one, grumpy, heavily armed Uncle from the future. #PremiumCABLE #JoshBrolin” accompanied by a photo of Cable shushing the camera. He followed up later on by tweeting a further full body image of Brolin in costume, adding, “DeadPool 2: Your premium #Cable provider. #DeadPool2.”

Cable’s presence in the sequel to the 2016 superhero black-comedy box office record breaker was first confirmed in the post-credits scene of Deadpool, which satirised Ferris Bueller’s Day Off.

Deadpool 2 will be released in cinemas on 1st June 2018. Check out the first trailer for the film below: