Think you have what it takes to create your own short film? Well, you’re in luck – as two of the University of Southampton’s award-winning media societies have come together to offer an exciting opportunity.

The Edge and SUSUtv have teamed up to launch a screenwriting competition, which could see your creation come to life. Simply let your imagination run wild in 15 pages or less, and submit for the chance to see it produced, reviewed and watched!

The winner will receive (campus-wide) fame and glory, and will be able to see their project produced with the help of SUSUtv. Entrants of all abilities are encouraged to submit, and will have complete creative control over how they want their piece to play out. Entries will be judged by a panel comprised of members from both societies, based on creative content, written accuracy, and originality.

Excitingly, your project could go even further than campus; The University of Southampton Student Film Festival (sponsored by The Edge in association with Wessex Films) awaits after production has completed – returning early in semester two to showcase the best of student-made cinema. Meanwhile NaSTA, the National Student Television Association, will also be holding their annual awards event soon after. The winner of the competition will automatically be submitted for consideration to both, so the potential for wider audiences and acclaim is huge!

Applicants should direct their submissions and/or any queries to original@susu.tv. Please include your full name, student number, and email address. Your screenplay should be attached as a PDF file to your email. 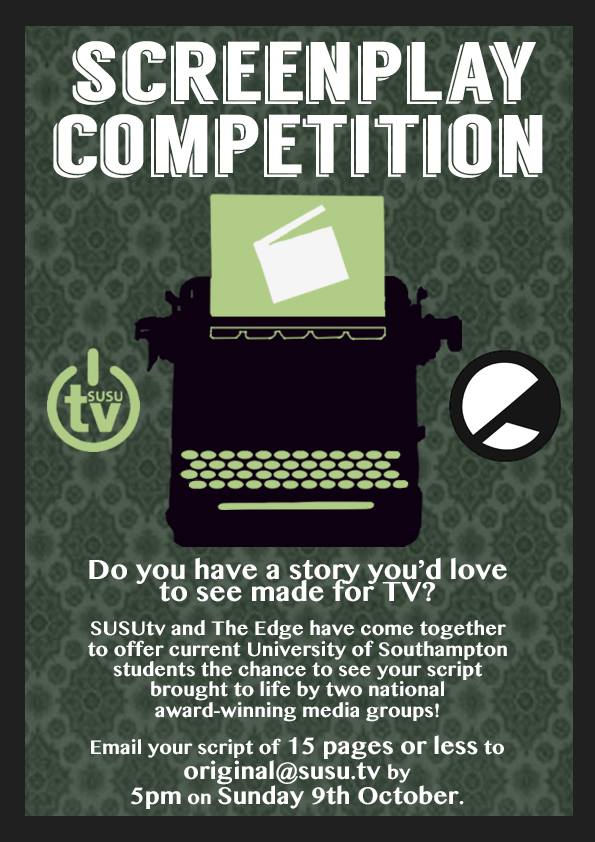