Netflix, Disney, Marvel and over 30 other major Hollywood power-brokers have succeeded in influencing a Georgia governor to veto a controversial anti-gay bill.

Republican Governor Nathan Deal has confirmed that he will veto the Exercise Protection Act, which would allow Georgia’s faith-based groups to discriminate or deny services (such as legal marriage ceremonies) based on a person’s sexuality. 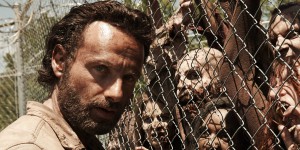 AMC – the network behind the hit Georgia-set series, The Walking Dead – threatened to boycott filming if the bill went ahead.

Speaking at a press conference yesterday (28th March), Deal said: “Our people work side by side without regard to the colour of our skin, or the religion we adhere to. We are working to make life better for our families and our communities. That is the character of Georgia. I intend to do my part to keep it that way. For that reason, I will veto HB 757.”

Anne Hathaway, Seth MacFarlane, James Gunn and Aaron Sorkin were among the many big Hollywood names to voice their objection to the bill.

Meanwhile the likes of CBS, MGM, NBC, Universal, Time Warner and AMC (the network behind The Walking Dead – which is set in Georgia) all threatened to boycott filming in the state if the bill was granted.

Disney reacted to the news by saying: “We applaud Governor Deal for making the right decision on this piece of legislation and look forward to continuing our film production in Georgia​.”

Watch Governor Deal’s full statement about the bill in the video below.