Duran Duran and Katy B are the latest acts to be added to this year’s Common People line-up.

The 80’s pop group, best known for their tracks ‘Hungry Like The Wolf’, ‘Girls on Film’ and ‘The Reflex’, will be headlining the Southampton festival on Sunday 29th May, after previously announced headliner Craig David works the Saturday crowd. 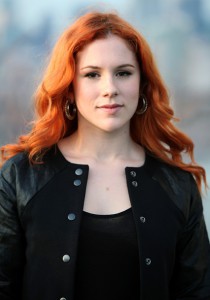 R&B singer, Katy B has also been added to this year’s line up. (Image via Google)

Speaking of the band’s involvement in this year’s line-up, Duran Duran’s John Taylor said: “We are very honoured to be a part of this year’s Common People festival, we had such a great time at Bestival last year […] It’s going to be a fantastic weekend! See you all there.”

Meanwhile the festival’s curator, Rob Da Bank said: “So, we were already off to a flyer, and now we’re putting the cherry on top with the news that Duran Duran will be headlining Sunday! Icons of the last four decades, the boys are still churning out hits and absolutely smashed it at our mothership show Bestival last year. I’m also delighted to announce Katy B will be joining the party. See you on the Common.”

Other artists who will feature in the weekend’s events include Primal Scream, Public Enemy, Gaz Coombes, Ghostpoet, Don Broco, Jamie Lawson, Chas and Dave, The Cuban Brothers and Mr. Motivator.

Common People will take place on 28th-29th May 2016 on Southampton Common. For more information and ticket details, visit the Common People website.

You can read our reviews for last year’s festival here and here.