In our ongoing monthly feature, The Edge takes a look at ten of the best new releases coming to Netflix UK in January. From cinematic classics to binge-worthy series, Netflix has you covered for the first month of 2016. 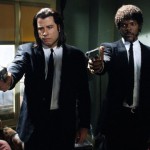 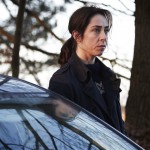 The first two seasons of original Danish crime drama, The Killing are headed to Netflix this month. Created by Søren Sveistrup,  the series is set in Copenhagen and follows DI Sarah Lund (Sofie Gråbøl) as she attempts to solve a number of gruesome murders. The series, which has had a huge impact on international audiences, is renowned for it’s dark tone and unexpected plot twists – and with 30 episodes being made available on the service at the beginning of the month, there couldn’t be a better time to get invested! 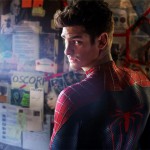 The first film in the short-lived second Sony reboot of Marvel’s Spiderman comics will be arriving to the streaming service on New Year’s Day. Starring Andrew Garfield and Emma Stone, The Amazing Spiderman revisits the origin story of the infamous web-slinger, as the young Peter Parker becomes a vigilante crime-fighter after being bitten by a radioactive arachnid. Also starring Rhys Ifans, Denis Leary, Martin Sheen and Sally Field, this is a fun and perfectly watchable film to stream as we enter a new year. 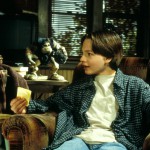 It’s not all blockbusters and cinematic classics this month, as Netflix offers yet another burst of 90’s nostalgia with the release of Small Soldiers. Directed by Joe Dante (of Gremlins fame), the film revolves around two teenagers (Gregory Smith and Kirsten Dunst) who get caught in a war between two groups of action figures that have effectively been brought to life by militarised technology. Featuring the vocal talents of Frank Langella and Tommy Lee Jones, this film is abundantly silly, but good fun all the same.

There Will Be Blood (1st January) 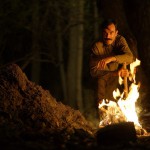 Paul Thomas Anderson’s epic 2007 drama, There Will Be Blood, is also set to join the flurry of New Year releases on Netflix this month. Featuring an Oscar-winning performance by Daniel Day-Lewis, the film follows a silver miner-turned-oilman who ruthlessly schemes for wealth during the Southern oil-boom of the late 19th century. Also starring Paul Dano, Ciaran Hinds and Kevin. J. O’Connor, There Will Be Blood is widely regarded as one of the best films of the noughties, and now there couldn’t be a simpler way to watch it for yourself. 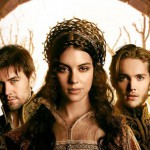 The third season of Stephanie SenGupta’s historical fantasy romance series, Reign, is headed to Netflix this month. Starring Adelaide Kane, Megan Follows, Torrance Coombes, Toby Regbo and Anna Popplewell, the series offers a fictionalised account of the early exploits of Mary, Queen of Scots. This latest season brings the infamous Virgin Queen, Elizabeth I (Rachel Skarstan) into the mix as Mary’s reluctant new foe. Seasons 1-2 are available to stream now should you find yourself in need of a catch-up session! 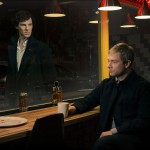 Hot on the heels of tonight’s Christmas special, the third series of Sherlock is coming to Netflix. Created to phenomenal success by Steven Moffat and Mark Gatiss, the series offers a contemporary outlook on Arthur Conan-Doyle’s famous detective stories, with Benedict Cumberbatch and Martin Freeman starring as Holmes and Watson. The third series follows the slow recovery of their partnership after Sherlock’s shocking fake death stunt in series two. Smart, inventive and endlessly fun, Sherlock is well worth the hype. 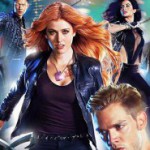 Not long after the poorly received big screen adaptation of City of Bones, Cassandra Clare’s young adult novels are getting the series treatment in Shadowhunters: The Mortal Instruments. Starring Katherine McNamara, Dominic Sherwood and Simon Lewis, the series follows Clary Fray as she discovers a mysterious realm of demons, werewolves and vampires. Consisting of seven episodes, this new series looks promising for fans of the books. 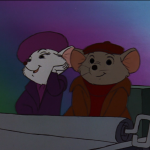 Disney’s adorable 1977 animation The Rescuers is coming to Netflix. Based on the series of books by Margery Sharp, the 23rd Disney classic follows a pair of mice, called Miss Bianca and Bernard, who make it their mission to rescue a little orphaned girl who is being imprisoned by the nefariously greedy Madame Medusa. Elevated by the quaint, yet colourful hand-drawn animation of the era, The Rescuers is a lovely film to watch if you’re after an afternoon of light family entertainment. 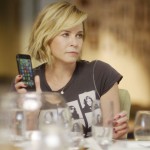 In a brand new Netflix original documentary series, US comedienne and talk show host Chelsea Handler tackles a range of controversial and topical subjects. From marriage and drugs to racism and Silicon Valley, the Chelsea Lately host offers a no holds barred look at what’s going on in the world today. Directed by Eddie Schmidt, the series promises an interesting exploration of issues complete with Handler’s “unique voice and provocative point of view.”