Busted, Jess Glynne and Twin Atlantic are among the latest artists to be added to the Isle of Wight Festival’s 2016 line-up. 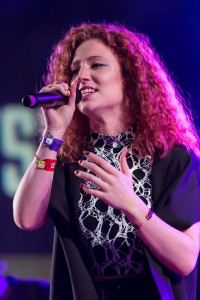 Jess Glynne was also perform at the festival. (Image via Google)

Speaking of their upcoming set, the recently reformed members of Busted said: “It’s an honour to be performing at the Isle of Wight Festival, so many incredible artists have played it – The Who, Hendrix, you name it! Some of our favourite live memories have been at festivals, and we’re looking forward to making Busted’s set as epic as we can!”

Meanwhile Twin Atlantic frontman, Sam McTrusty added: It’s rare that we get to make a debut appearance at a festival on UK soil of late, so this one will feel more exciting and memorable than usual. There’s nothing like playing brand new music in a new place.”

Sigma, Gabrielle Aplin, The Corrs and Lissie will also play sets at next year’s festival, alongside previously announced headliners, Stereophonics, Faithless and Queen and Adam Lambert. The festival’s Saturday headliner has yet to be revealed.

In addition, the likes of Iggy Pop, Adam Ant and The Damned are set to perform together as part of the festival’s tribute to 40 years of punk. There will also be sets from Reverend & The Makers, Gutterdämmerung, The Family Rain and The Wonder Stuff.

The Isle of Wight festival will take place from 9th-12th June 2016. For ticket details and more information, visit the IOW Festival website.

Watch Busted’s newly recorded version of their  2003 track ‘Meet You There’ below.