Read more
You are at:Home»News»Global News»Netflix to double output of original content in 2016
By Rehana Nurmahi on December 9, 2015 Global News, News

Netflix have announced plans to double their output of original content in 2016.

On Monday (7th December), at the UBS Media Conference in New York, Netflix chairman Ted Sarandos announced the increase in regards to the development of more original content for the streaming service. 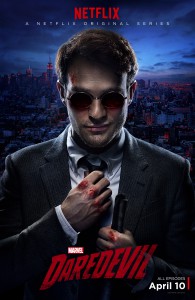 Netflix have produced several acclaimed original series in the past few years.

In the last year, the streaming company has produced 16 original shows; but next year this output will nearly double in size. Speaking of the vast upcoming content, Sarandos clarified: “It’s not just a lot of volume. This is quality stuff.”

Although it seems somewhat biased coming from the company chairman, chances are, he’s probably not wrong. Netflix originals have been becoming increasingly more significant in popular culture as well as amongst critics. The last Emmy awards saw several nominations and wins going to many of the service’s original shows and their stars.

House of Cards, Orange is the New Black, Better Call Saul, Daredevil and Unbreakable Kimmy Schmidt, were but a few of the Netflix originals noted by the academy for their brilliance. Many of these established Netflix original series will still continue alongside the new content.

The company also extended their foray into original content this year with the release of their first original film, Beasts of No Nation, and it would seem as though they are set to start releasing more films too, on top of 31 original programmes, and over 30 shows produced exclusively for children.

Keeping Netflix as an in-house production allows the company to have the global rights to their property. By not having to use different distributors in different places, it adds for ease of access and distribution of all the new content. This is arguably why Netflix have been able to offer as much new content as they have recently.

Watch the trailer for the Emmy nominated Netflix original, Better Call Saul, below.