Edgar Wright is set to write and direct a new animated film for DreamWorks studios.

The director, who is best known for his distinctive work on The Cornetto Trilogy and Scott Pilgrim vs The World, will co-write the script alongside British comedian David Walliams. 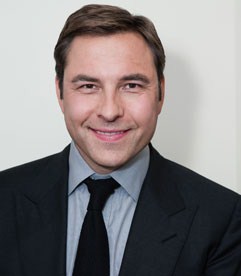 David Walliams is set to co-write the script alongside Wright. (Image via Google)

The new film is thought to be a revamped version of a long-gestating DreamWorks project called Me And My Shadow, which follows “an incredibly frustrated shadow that yearns for a more dynamic life but happens to be stuck with Stanley Grubb – the world’s most boring human.”

Speaking of his timely foray into animation, Wright said:

“My first endeavours in film-making as a teenager were in animation, so it was hugely intriguing to get a call from DreamWorks Animation about potentially directing.When the Shadows concept was suggested to me, I could see the poster, the title sequence and pretty much the whole movie. It’s a blast writing this and to have one of my oldest friends in comedy, David Walliams, along for the adventure is a thrill.”

Alongside this latest project, Wright is also currently developing his next live-action feature film, Baby Driver, which is set to star Lily James and Ansel Elgort. The director is also attached to an adaptation of Andrew Smith’s novel, Grasshopper Jungle and to an original sci-fi flick called Collider.

For a small taste of what’s to come, watch the trailer for The Adventures of Tin Tin (which was co-written by Wright), below.