Read more
You are at:Home»News»Global News»Notes on News: Closing the wage gap – why Hollywood needs to pay its stars fairly
By Georgia Simpson on October 27, 2015 Global News, News

Last month, actress Jennifer Lawrence wrote an impassioned article on the ongoing wage-gap debate in Hollywood on Lena Dunham’s website, Lenny. The article marked the first time that the young actress had spoken out about the wage debate following last year’s revelations from the Sony email hack, which proved that she had earned considerably less than her male co-stars (Bradley Cooper, Christian Bale and Jeremy Renner) in American Hustle. Despite her major presence as a bankable and well liked star, as well as her established talent as one of the youngest ever Academy Award winners, Lawrence only got 7% of a share in the film’s $27 million profits.

In her article, Lawrence wrote: “when the Sony hack happened and I found out how much less I was being paid than the lucky people with dicks, I didn’t get mad at Sony. I got mad at myself. I failed as a negotiator because I gave up early. I didn’t want to keep fighting over millions of dollars that, frankly, due to two franchises, I don’t need.” Though Lawrence is, according to Forbes, the highest-paid female actor of 2015, this statement gives the impression that she still does not have the power or the influence to gain equality amongst her male castmates as, in her position as a woman, she is expected to act timidly and agreeably. If she did not, she claims she would otherwise be branded as “difficult” or “spoilt” – much like Angelina Jolie was in the leaked emails regarding her own pay negotiations. This outlook on actresses is especially shocking and unjust when you consider that were these comments made by male actors, they would most likely be considered brave and headstrong. 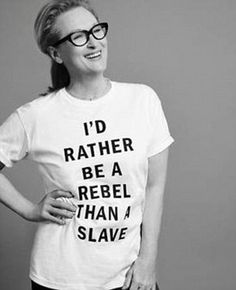 Even the Queen of the Silver Screen herself is at the mercy of inbuilt Hollywood sexism. (Image via Google)

Sexism in the entertainment industry has been riotous of late, causing women to lose their jobs due to inexcusable pay which forces them to walk away from interesting projects. Sienna Miller recently spoke to E! news about how she walked away from a West End play that she was extremely passionate about because she was offered less than half of what the male star was offered. It is inexcusable that Miller’s gender prohibits her from making the same amount of money as her counterpart. As Oprah Winfrey said: “this sounds like 1985,” not 2015.

Even the most highly regarded of female stars have experienced sexism. At the press conference for her most recent film, Suffragette (which retells the struggle of women’s right to vote), Meryl Streep expressed that she has experienced sexism in every aspect of life, but especially in the film industry. Streep believes that sexism in the film industry stems from those who are financing the film, as many so-called ‘industry experts’ have told her that women’s films “don’t sell” and consequently will not be distributed or financed – therefore adding to the futile amount of female film-makers.

There is also an inherent problem in the fact that male actors get paid astonishingly more than women. For example, though Lawrence is the highest paid actress of this year (earning $52 million), her highest paid male counterpart, Robert Downey Jr, earned $82 million – that’s a whopping $30 million difference. Surely, in light of this, male actors should be able to see this inequality and realise that women deserve as much acknowledgement and reward as men for performing in the same industry. One actor who has taken this onboard is Bradley Cooper, who has begun to team up with female co-stars to negotiate salaries before any film he is working on goes into production. If all male actors did this and took a stand, there would no doubt be some resemblance of equality amongst the sexes in terms of pay.

A year on from the Sony leak, Lawrence seems to have learned from her mistakes and is clearly less fussed about being seen as a ‘brat’ in order to overcome inequality. So much so, that for her upcoming film, Passengers, she will end up earning $20 million with 30% of the film’s profits. It is clear here that Lawrence has tried to overcome adversity and make a stand by negotiating her pay regardless of the executive bitchiness that will no doubt go on behind the scenes. However, has Lawrence gone too far in her drive for equality? Her male co-star, Chris Pratt – who has arguably had an equal amount of success in the past year – will only earn a merger of $12 million for the same picture. For this, she will almost certainly face a backlash, in which she will quite possibly be labelled as hypocritical and all whilst forcing Pratt to be in the red regarding her own pay rise.

It is clear to us – the public, the everyday people who marvel at the ridiculous amounts that stars earn – that yes, hundreds of women in the entertainment industry are paid significantly less than men –  to the point where it could be considered offensive, given the extortionate amount that most male counter-parts receive for similar, or in some cases, smaller roles. But in my view, the only way to overcome this is not for women to play men at their own game. They shouldn’t have to fight to be paid more and put men in the same weakened position. That is not fairness. That is not equality. Women and men of the entertainment industry should be encouraging and enforcing equality for all, starting with equal pay regardless of someone gender. Let’s hope that the executives and the head honchos at the heart of this Hollywood problem realise that sooner rather than later.

Watch Patricia Arquette’s statement on US gender equality during her Academy Award acceptance speech below.