It has been revealed that Daniel Brühl’s villainous character will go unmasked in Captain America: Civil War.

In the Marvel Comic Universe, Baron Heinrich Zemo is one of the most recognisable villains, with his notoriety stemming from numerous battles with the patriotic Captain America. Most notably though, he is characterised by his purple mask, which became stuck to his face due to Adhesive X – a super sticky chemical compound which was spilled on his face during a fight with the patriotic powerhouse. 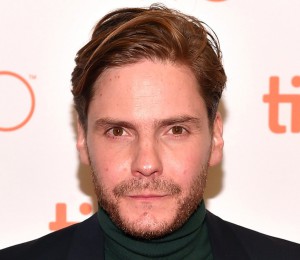 Brühl will play Baron Zemo in the next instalment of the Marvel Cinematic Universe.

But in the Marvel Cinematic Universe, where the comic laws are irrelevant and unnecessary – and after making numerous changes to the comic’s Civil War storyline – Marvel Studios have removed Zemo’s mask from the upcoming film. Daniel Brühl, who plays the villainous Zemo in the upcoming film spoke to reporters while promoting his latest movie, Burnt and bluntly stated that Zemo “does not wear the mask.”

Although many comic fans may be surprised and annoyed at this, it’s hardly surprising. Marvel Studios have been happy to change comic elements and key plot details for the their films so far, and box office ratings have not been affected at all. Furthermore, if Brühl’s portrayal of the character is good, then surely no-one really will mind. But exactly what role does Zemo have in Captain America: Civil War?

In a film so focused towards the splitting of alliances and the question of moral identity vs. secrecy, it is unclear whether Brühl will get a lot of screen-time or be reduced to shadowy presence hovering behind the heroes. Teasingly, Brühl gave his opinion on this matter, stating: “You would be surprised, it’s different than what you’d think. It’s loosely connected to this character.”

Captain America: Civil War is set to be released in the UK on 29th April 2016. Watch the trailer for Cap’s last solo outing below.