David Oyelowo and Daniel Craig are set to star in a new off-Broadway production of Othello.

Oyelowo, who is best known for his portrayal of Martin Luther King in last year’s Selma, will be playing Shakespeare’s titular character, with Craig accompanying him as the villainous Iago. 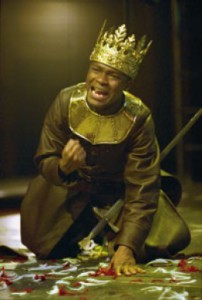 The play, staged by the New York Theatre Workshop, will start a limited run next Autumn, though specific dates have yet to be released. The theatre is a small one, housing only 199 audience members. The creative team have expressed excitement at being able to stage the intense tragedy of Othello in such an intimate capacity.

Sam Gold, who received a prestigious Tony award this year for his show Fun House, will direct the play, after having been in talks of a theatre collaboration with Craig for a while.

Both actors have a history of performing in theatre; Oyelowo was the first black actor to play an English king in a Shakespeare production during his time at the Royal Shakespeare Company in 2001. Meanwhile, Craig has appeared on Broadway multiple times, alongside actors such as Hugh Jackman, Rafe Spall, and his wife, Rachel Weisz.

The last high-profile production of Othello was staged by the National Theatre in 2013, starring Adrian Lester and Rory Kinnear respectively.

Watch the two actors discuss the relationship between their characters in the video below.