Read more
You are at:Home»News»Global News»Die Hard lives on, with plans for a sixth movie now underway
By Caitriona Hanly on October 16, 2015 Global News, News

Who’d have thought that the Die Hard franchise would live to fight another day? Plans for shooting a sixth instalment of the action-film series are currently underway, aiming to provide a backstory for the beloved protagonist John McClane (played in previous films by Bruce Willis). 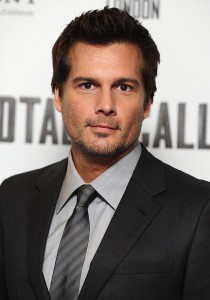 Len Wiseman is set to direct the proposed prequel.

The series follows an adventurous New York detective as he manages to repeatedly find himself as the last line of defence against a major security threat. The sharp wit and gunfire heavy scenes are enticing enough, but the morality and emotional struggles of the character seem to especially reach out to audiences – boosting his popularity further. In theory, a prequel will show the character in a new light by providing fresh insights into his stubborn nature and developing a character that the audience can better relate to.

The action genre has often shown to be a crowd pleaser worldwide, so it’s unsurprising that the original four films showed an ever-increasing popularity, as the box office profits rocketed from $138,398,283 for the first Die Hard to $382,388,247 for the fourth film. Back in 2013, the franchise expanded to a fifth film which, despite not being the most profitable, or highly reviewed film of the franchise, still managed to sit at the top of the box office charts.

Len Wiseman will be returning as director for the sixth movie – having already been involved in the direction of the fourth. The search for a screenwriter is already underway and from the little that we know so far, the plan is to pen the script as both a prequel and a sequel so that we can enjoy the return on Bruce Willis. This may well be the end of the franchise, but Willis has shown enthusiasm to reprise his iconic role while he can and let the series go out with a well deserved bang!

The news has received a rather varied public response so far, leaving prediction for how well the movie will rate difficult to gauge at this time. Many fans (and probably critics) will be eagerly awaiting the release to see the spin that the creative team will be taking, and only time will tell how successful this new instalment will be.

Remind yourself of the classic first film, below.