In an essay published yesterday (13th October), Hollywood actress Jennifer Lawrence slammed the industry for their part in the much-discussed wage gap between actors and actresses.

In the essay, published on Lena Dunham’s ‘Lenny Letter’ newsletter, Lawrence expressed her views on the recent Sony hacking scandal, in which details of the misogyny made against female performers by producers and high-level executives was brought to light.

“When the Sony hack happened and I found out how much less I was being paid than the lucky people with dicks, I didn’t get mad at Sony. I got mad at myself,” she wrote. “I failed as a negotiator because I gave up early. I didn’t want to keep fighting over millions of dollars that, frankly, due to two franchises, I don’t need.” 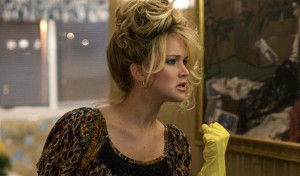 The Oscar winner said her decision not to fight for more money for her part in American Hustle, was influenced by her need “to be liked” and her fear of coming off as “difficult” or “spoiled.” She continued: “At the time, that seemed like a fine idea, until I saw the payroll on the Internet and realized every man I was working with definitely didn’t worry about being ‘difficult’ or ‘spoiled’.”

“I’m over trying to find the ‘adorable’ way to state my opinion and still be likable! F— that,” she concluded. “I don’t think I’ve ever worked for a man in charge who spent time contemplating what angle he should use to have his voice heard. It’s just heard. Jeremy Renner, Christian Bale and Bradley Cooper all fought and succeeded in negotiating powerful deals for themselves. If anything, I’m sure they were commended for being fierce and tactical, while I was busy worrying about coming across as a brat and not getting my fair share.”

With this essay, Lawrence has joined dozens of fellow actresses, including Maggie Gyllenhaal, Meryl Streep, Gwyneth Paltrow and Sandra Bullock, who have voiced their disdain at inequality within the system.

In other news, Lawrence has departed from Richard Linklater’s latest film, The Rosie Project and is reportedly in talks to join Darren Aronofsky’s newest project.

Watch the trailer for her latest film, The Hunger Games: Mockingjay – Part 2, below.