Following the recent (and unceremonious) downfall of Donald Trump, NBC have announced that the next season of The Celebrity Apprentice will be hosted by none other than the Terminator himself, Arnold Schwarzenegger. 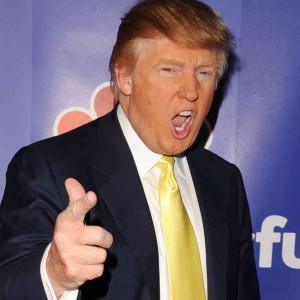 Schwarzenegger is set to replace Donald Trump, who was dropped by NBC following his recent comments on immigration.

In a statement, NBC’s chief of alternative programming, Paul Telegdy said: “We are thrilled to be opening a powerful new chapter in the Apprentice franchise. Arnold Schwarzenegger is the epitome of a global brand in entertainment and business, and his accomplishments in the political arena speak for themselves.”

“It was Arnold’s personal passion for the format that Mark Burnett and Donald Trump built over the last decade, as well as his fresh take on how to take it to new heights for today’s audiences, that made him the man to hire,” Telegdy continued. “The Celebrity Apprentice … will be back!”

Schwarzenegger later tweeted: “Wow. I’m blown away and honoured by all your tweets. I can’t wait to bring my experience to the board room & raise millions for charity.”

The Celebrity Apprentice will return for an eighth season next year. Meanwhile, the UK version of the show, featuring Lord Alan Sugar as the man who hires/fires the amateur entrepreneurs, is set to return to BBC One in the Autumn.

Watch Schwarzenegger in the trailer for his latest movie, Terminator Genisys, below.