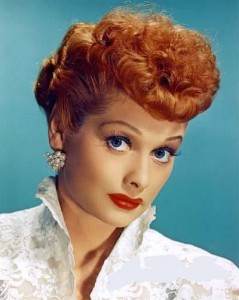 The Social Network‘s Aaron Sorkin is slated to script the film, which will depict the I Love Lucy star’s glittering television career, as well as her 20 year marriage to co-star, Desi Arnaz.

Ball’s real-life children, Lucie Arnaz and Desi Arnaz Jr, are lined up to produce the biopic of their mother’s life. Ball’s story has been depicted on-screen twice before in the TV movies, Lucy and Desi (1991) and Lucy (2003).

It is uncertain when the as-yet-untitled biopic will be released. Meanwhile, Blanchett is set to receive the BFI fellowship at this year’s London Film Festival, where she will also appear in two film premieres; Carol and Truth.

To get a taste for Blanchett’s upcoming role, watch a classic clip from I Love Lucy, below.