Call me biased, but if a night headlined by The Jacksons and Boney M isn't what legends are made of, I don't know what is. 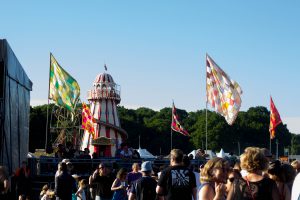 If I didn’t know what I was getting myself into on Saturday, I was perfectly ready to travel back a few decades on Sunday, with Boney M, The Jacksons, and Prince’s band The New Power Generation set to take over the day. However, the main disappointment of the festival hit within the first minute. Due to the severe weather conditions on Saturday night, the world’s largest disco ball, promised as a symbol of the day’s vibe, was nowhere to be seen. While it would have been nice to have it around, who needed something to spread the already excessive sunlight, right? (Always counter disappointment with the unwavering power of logic) The disco vibe was still there, waiting for Boney M to come on stage and unleash it. Until then, I had a few more gigs lined up.

My day began with alternative rockers Toreador on the Uncommon Stage. Fresh from playing the Joiners afterparty the night before, the Southampton trio played a few really powerful tunes, including their latest single ‘Something About You’. While the songs themselves didn’t disappoint, it was the lead singer’s performance that stood out; Jack Wilson hit some tricky high notes in there. If you want to place these guys on the alternative rock spectrum, you can find them somewhere between Nothing But Thieves and Royal Blood (their bass is a particularly strong feat) – which isn’t a bad place to be at all if you ask me!

Because of a schedule swap, ‘90s dance icons Snap! performed before The Cuban Brothers on the Common Stage – which meant I came out of the Uncommon Stage tent only to catch the famed ‘Rhythm Is A Dancer’ from a distance. While missing ‘The Power’ hurt quite a bit, it was refreshing to hear their massive hit in the original take again, especially after Bastille’s ‘Of The Night’ blended ‘Rhythm Is A Dancer’ with Corona’s ‘Rhythm of the Night’ in everyone’s minds and playlists. 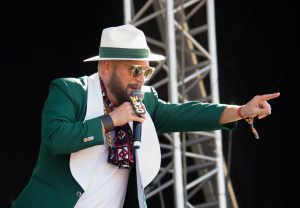 However, had it not been for the schedule swap, I wouldn’t have had the privilege of seeing The Cuban Brothers perform (spoiler alert: they’re neither Cuban nor brothers). You’ve probably guessed it – these guys are the other most ridiculous thing ever that I promised yesterday. With an obviously fake yet impressively consistent accent, Scotsman Mike Keat aka Miguel Mantovani had all of us acutely confused as he took the audience on a journey of inappropriate jokes, stripping, thrusting, and some Cuban-inspired songs from their 2013 album Yo Bonita. The other brothers, nephews, or whatever on Earth they are, added some game-changing moves to the ridiculousness of the situation – head spinning and all. Even if I absolutely loved the dancing, I still don’t quite understand why Elton John and Robbie Williams hired these guys to entertain at their parties. But considering they’re celebrating their 20th anniversary this year, I’m sure it’s just me being a bit daft. 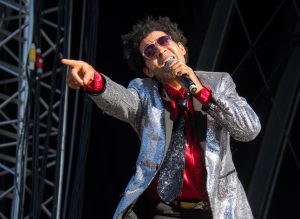 After DJ Jaguar Skills took over the Common Stage with some remixed tunes for electronic music fans to dance to, it was time for one of the festival’s most anticipated acts, Boney M. Even if they only have Maizie Williams left from the original formula (a fact which they graciously mentioned at the end of the show), the foursome put on a fantastic performance of their most iconic songs to remind everyone there why disco will never die. They kicked off their performance with ‘Sunny’, right into ‘Daddy Cool’, ‘Ma Baker’, a cover of ‘No Woman No Cry’, ‘Rasputin’, and ‘Rivers of Babylon.’ While the ‘No Woman No Cry’ cover had nothing on their original songs, it showcased their brilliant vocal capacity, as well as the beautifully executed harmonies of the newer members. Unsurprisingly, ‘Rasputin’ was the peak of the performance, also bringing the best dance moves out of the group. The atmosphere these genre-defining hits created was unlike anything I’d ever experienced – a sea of people singing and dancing along to history. And the fact that they all seemed to be aware of that made it all the more special. Boney M’s show was a testament to the fact that good music bridges generations and it left me buzzing for a long time. 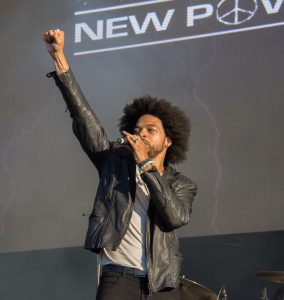 Not long enough to get me through the break and the half hour delay until The New Power Generation’s show, though. After dealing with some technical issues, Prince’s band of 23 years came on stage and played some of his undying classics, taking care to pay regular homage to the pop legend. Their rendition of ‘Nothing Compares 2 U’ was particularly touching, with lead singer MacKenzie proving a wide vocal range. Freshly recruited for the NPG’s world tour, MacKenzie also had a lot of dance moves on display, where he was joined by other members of the band in some unexpected syncs. While the performance itself couldn’t be flawed, it did not seem to get to a crowd thinned by the delay and probably expecting some more Boney M exhilaration, which only shyly showed its head during the more upbeat songs such as ‘Kiss’ and ‘1999’. However, not hearing ‘Purple Rain’ from Prince’s band was almost as disappointing as not having the disco ball around. I guess some of the songs have to rest with the legends.

The exhilaration came back the minute The Jacksons got onto the stage. It took us all a while to realise we had a significant part of the greatest family in music history in front of us – hence the predominant “It’s the actual bloody Jacksons” in everyone from SUSU media’s Instagram stories – clad in the most disco jackets imaginable and ready to perform some of the legendary songs we all grew up listening to. After showing a very short clip from the Jackson 5 times to kick us all into delirium, Jermaine, Tito, Jackie, and Marlon started their show with classics ‘Can You Feel It’ and ‘Blame It On The Boogie’, showing some fantastic moves very close to their late brother Michael’s famous style.

To be perfectly honest, I was so busy dancing my heart out that the short documentary they aired halfway through the performance felt exactly like that ad break right before the climax of a film, or in this case the medley of the most famous Jackson 5 songs. ‘I Want You Back’ and ‘ABC’ got everyone’s groove back on, only to be crowned by the heartwarming ‘I’ll Be There’, which had everyone linking and waving arms under the starry night sky. 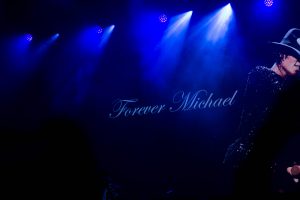 The brothers shone throughout – together, as well as solo. Tito performed a couple of songs from last year’s album Tito Time (yes, these incredible human beings still make music – and it’s really jazzy!), while Jermaine performed a sublime cover of Michael’s ‘Gone Too Soon’. With ‘Forever Michael’, as well as a slideshow of photos played in the background, this was a beautiful tribute paid to the King of Pop – and I’m sure there wasn’t a dry eye in the crowd by the end of it. ‘Wanna Be Startin’ Somethin’’ and ‘Shake Your Body (Down To The Ground)’ made sure to end the show on a positive note – and leave the audience exhausted from the dancing and the emotional rollercoaster of the last hour and a half. Honestly, I don’t know how these men find the energy to perform a full set completely in tune with their audience and without skipping a beat after almost 50 years. I’m in awe, and I thank the organisers deeply for bringing true legends on stage – it made Common People 2018 truly one of a kind.

Have a look at more photos below, and come back soon for interviews with The Cuban Brothers and Boney M!