A night to remember; despite issues with Becky Hill's set, the menagerie of entertainment on offer meant there was something for everyone.

It’s the glitzy, biggest event in the Freshers’ calendar. Provided you haven’t blacked out from that bottle of tequila at pre-drinks, it’s the ball you’ll remember for the rest of your time at university – the one you’ll laugh at nostalgically three years later. Year on year, SUSU pulls out all the stops to make it a magical experience, with 2017 being no different; from fairground rides to silent discos, bouncy castles to Becky Hill, Freshers’ Ball is the event of the year. 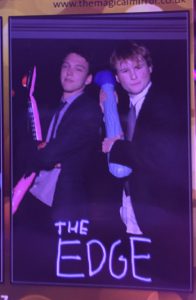 Putting on a ‘ball’ in the maze that is the Students’ Union is no easy task, but the entertainment team seem well versed at turning this unorthodox venue into funfair with activities for all. Once you’ve tackled the queue, the Redbrick was probably the liveliest place of the night, full of mingling freshers waiting for a go on the hideous/thrilling fairground attraction erected outside The Shop. The Marquee contained an Orange Rooms hosted Silent Disco, one of the most popular activities of the night and a welcome change after previous years saw it in the far smaller Bridge. Instead, Surge Radio could be found DJing in the Bridge, while freshers reacted with thrill at a Magic Mirror (see our rather embarrassing photo) and a ball pit deep enough to expertly recreate The Big Bang Theory‘s infamous “Bazinga” scene. Along with the Shisha Garden and the more chilled out Stag’s, these activities offered a welcome alternative for those less inclined towards clubbing.

A small criticism would be that the huge variety of venues on offer meant that some went overlooked. In particular, Garden Court was empty for most of the night, despite impressive hula-hooping dancers and the promise of Becky Hill’s performance at half midnight. The Stag’s Head seemed to be operating as usual rather than welcoming any sort of special attraction, and though this offered a welcome place to escape from the chaos of the main building, students became a little thinly spread between areas at times.

The busiest venue of the night was certainly the Cube, which hosted a variety of excellent DJs. While House DJ DropDivision did an excellent job of opening the evening, the night didn’t really warm up until the Stickmen at 10pm; and then (as expected) a steady stream became chaotic crowds for the arrival of JLS star turned radio talent, Marvin Humes. The best act of the night, Humes carried his time DJing with his effortless charm and a tracklist perfectly pitched at his crowd. A variety of cutting-edge bangers (Jax Jones and RAYE’s ‘You Don’t Know Me’ got one of the most ecstatic reactions) and with a few older classics thrown in, his hour and a half set sped by – creating somewhat of a problem for Becky Hill. 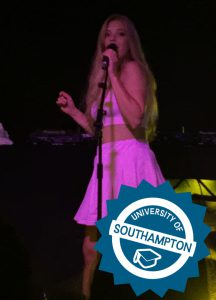 A lot of the night’s problems came down to Becky Hill‘s set, bizarrely scheduled to clash with Humes’ final half an hour in the Cube. As a result, she performed in Garden Court to a rather depressing crowd comprising of a few who’d made the effort to research her location beforehand and others who just happened to wander in at the right moment. I spoke to freshers afterwards who were completely oblivious to the fact they’d missed her, fully expecting – like everyone else – that Becky Hill would be put pride of place on the Cube stage, as was the case the previous year.

Sadly, her problems didn’t end there. Having seen Becky at Common People earlier this year and hearing how she set the 2016 Ball alight, I was expecting great things – but even the incredible skill she possesses couldn’t make up for this constantly troubled set. She clearly wasn’t in the right vibe (who could blame her, with a crowd of about thirty at half past midnight), and technical problems clearly irked her as the set played out. From mistimed verses to an attempt to speak to the crowd only to find her mic was off, the half an hour set was cringeworthy to watch sober. Fortunately, the crowd seemed largely oblivious to the problems, showering her in chants of “We love you, Becky, we do!” and a good old “One more song!” at the end. Despite the problems she was faced with, Becky Hill’s powerful vocals still provided a performance to remember – it’s just a shame that more people weren’t there to witness it in the first place.

The night wound down with the traditional sights of drunk calling, make-outs and crying, while Ibiza Rocks DJ Patrick Nazemi played a memorable set in the Cube after Humes. The line for the fairground rides became shorter as the line for the burger van became longer; a sign of a good night by anyone’s books. Despite some scheduling problems, the 2017 Freshers’ Ball once again showcased the very best of Union events, with the menagerie of entertainment offering something for everyone. It’s a university rite of passage; one you’ll remember for years to come.

Check out SUSUtv‘s recap of Freshers’ Ball 2016 below. We’ll update with their 2017 video as soon as it’s available!