Such is the adoration felt towards Craig David in his hometown of Southampton, he could easily have just stepped onto the stage at Common People on Saturday night to motionlessly croon a hit from the turn of the millennium before retreating to his Miami abode without a word and still cause a city to collectively swoon. Instead, he reminded us all just why he is a national treasure exploding for the second time as he brought a taste of that atmosphere to his family and thousands of friends with an emphatic display of cross-generational skills.

The assembled crowd – largely comprising of families hunting a grand day out, adults craving a slice of teenage freedom once again, and younger folk who fancied the idea of garage on the Common on a Saturday night – could be forgiven for their surprise at his nascent festival setup, named TS5, for its roots as a glorified pre-drinks session at home. Situated behind a table with decks and a laptop adorned with his own silhouette, the experience was more of a DJ set with live vocals on his own records and motivational ad-libs over others than a typical singer’s performance.

Unlike most artists who would attempt such a jack-of-all-trades set, David’s pedigree born from the heyday of UK garage makes the TS5 hour seamless and incredibly enjoyable. Easing us in with 1999’s silky ‘Re-Rewind (The Crowd Say Bo Selecta)’ and ‘Fill Me In’ after a remark about walking down The Avenue with anticipation, he soon pivoted into a more pop/house-driven mode with Steve Angello and Laidback Luke’s seminal ‘Show Me Love’ and no fewer than three bits of Justin Bieber intertwined with his own new material. The closer, an emphatic reprise of ‘Fill Me In’ to the tune of ‘Where Are Ü Now’ from Skrillex and noted fan Diplo, as exhibited last year with Uncontained Stage performers Kurupt FM, finally saw him move as fluidly as his timbre and provide a finale fitting for 12 hours and 16 years of buildup. 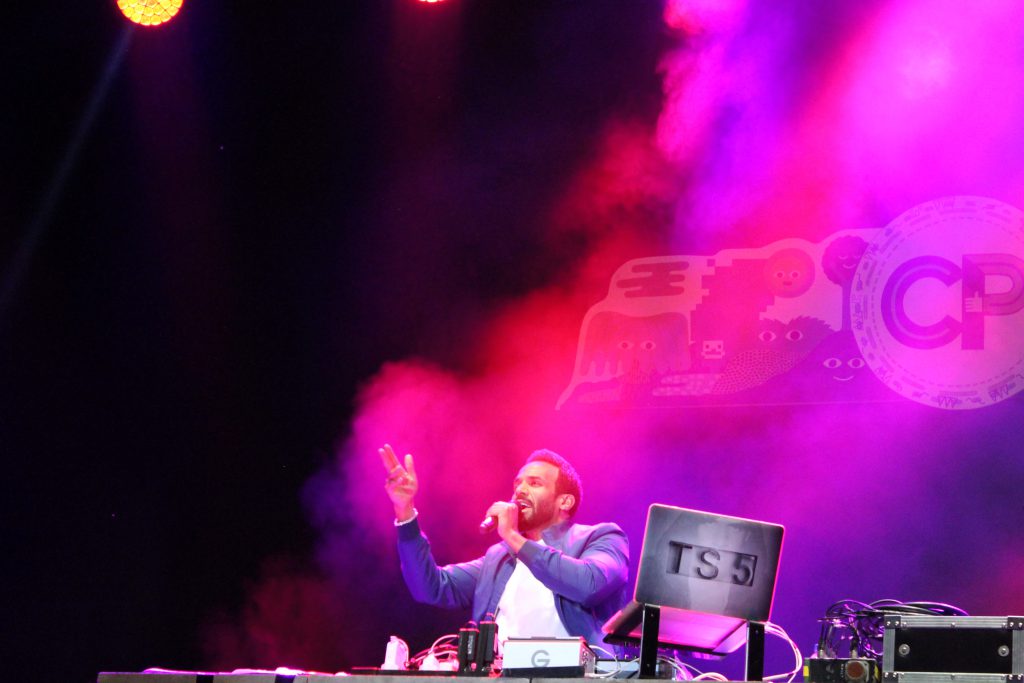 Whether the TS5 show is ready for headline billing in any other location is up for debate, especially with the rather stationary performance, though it is important to remember his relative inexperience on the festival circuit, having debuted at Bestival in 2015. Southampton’s show was also his second of four across the Bank Holiday after a trip to a packed tent in Exeter for BBC Radio 1’s Big Weekend and ahead of further sets at We Are FSTVL and Oxford’s Common People event on Sunday. Perhaps this cluttered schedule post-’When The Bassline Drops’ and the ensuing logistical nightmares are to blame for the lack of visual theatrics, whereby flashing lights were dwarfed by Oxford headliners Primal Scream’s six separate screens as a backdrop to their 75-minute chronology. Either way, all David missed for a truly triumphant musical return was an atonal burst of Adele’s ‘Hometown Glory.’

Elsewhere, Common People’s cordial demeanour tilted yet further into recumbent nostalgia with touches of the contemporary. Iconic rap troupes The Sugarhill Gang and Public Enemy each incorporated the former’s groundbreaking ‘Rapper’s Delight’ into their retrospective hit parades, with the sunset pleas of Chuck D for peace and love ahead of closer ‘Harder Than You Think’, bringing a perfect jazzy tone. Between was a taste of the new courtesy of Birmingham’s YouTube grime idol Lady Leshurr, whose optimistic lyricism certainly verges on being gimmicky yet provided a vibrant soundtrack to a visit to the world’s largest bouncy castle. To call it palacial would be an understatement, standing taller than the Great Wall of China and holding up to 100 in any given session of families, children, or overgrown and overwhelmed toddlers like myself who somehow managed to get in with a press wristband. Set to be erected again by Rob da Bank and crew at Camp Bestival and Bestival, it is truly an experience worth savouring for its surreal nature. 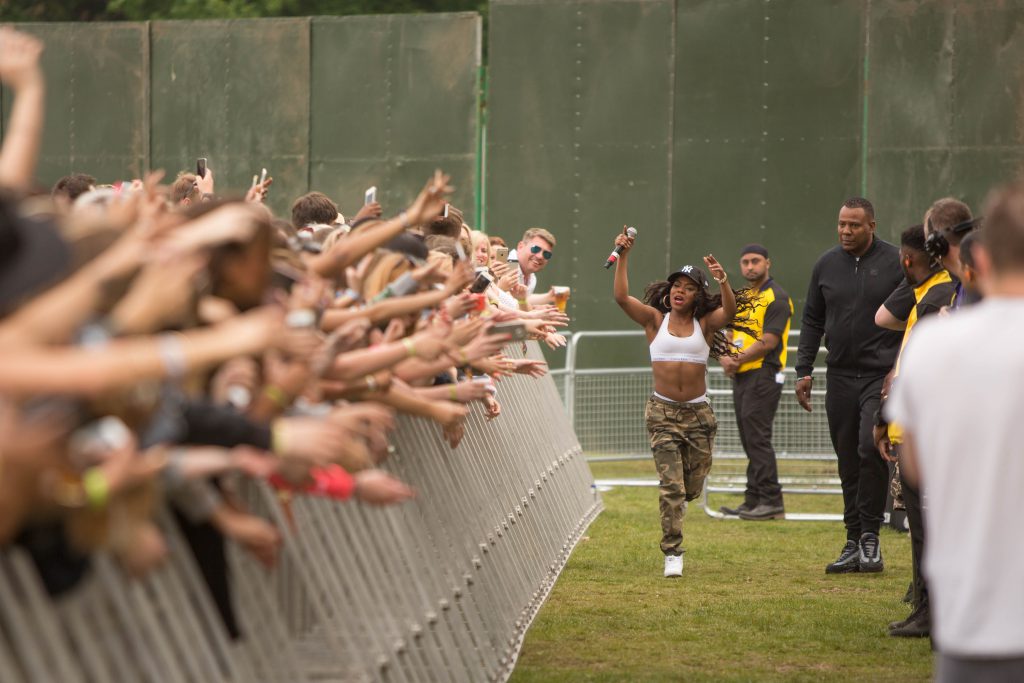 Yet more so adherent to Common People’s tendency to devolve into innocent and rather anarchic fun was the 15-minute lunchtime set of seminal children’s entertainers Paul and Barry Chuckle on the main stage. Between interchanging exclamations of “blow your whistle, Barry” and “to me, to you”, the duo’s brief appearance was suitably interactive and delightfully predictable, peaking with a rendition of their legitimate musical release ‘To Me, To You (Bruv)’, released in 2014 in collaboration with Tinchy Stryder. Their excitement was evident, leaving by promising selfies to anyone and everyone that wanted one. Indeed, backstage in Oxford a glorious example was snapped in which Paul substituted himself for Public Enemy’s absent timekeeper Flavor Flav. Like the thousands of punters who travelled often by foot to revel in six hours of promised yet absent storms, not one came away without a smile. 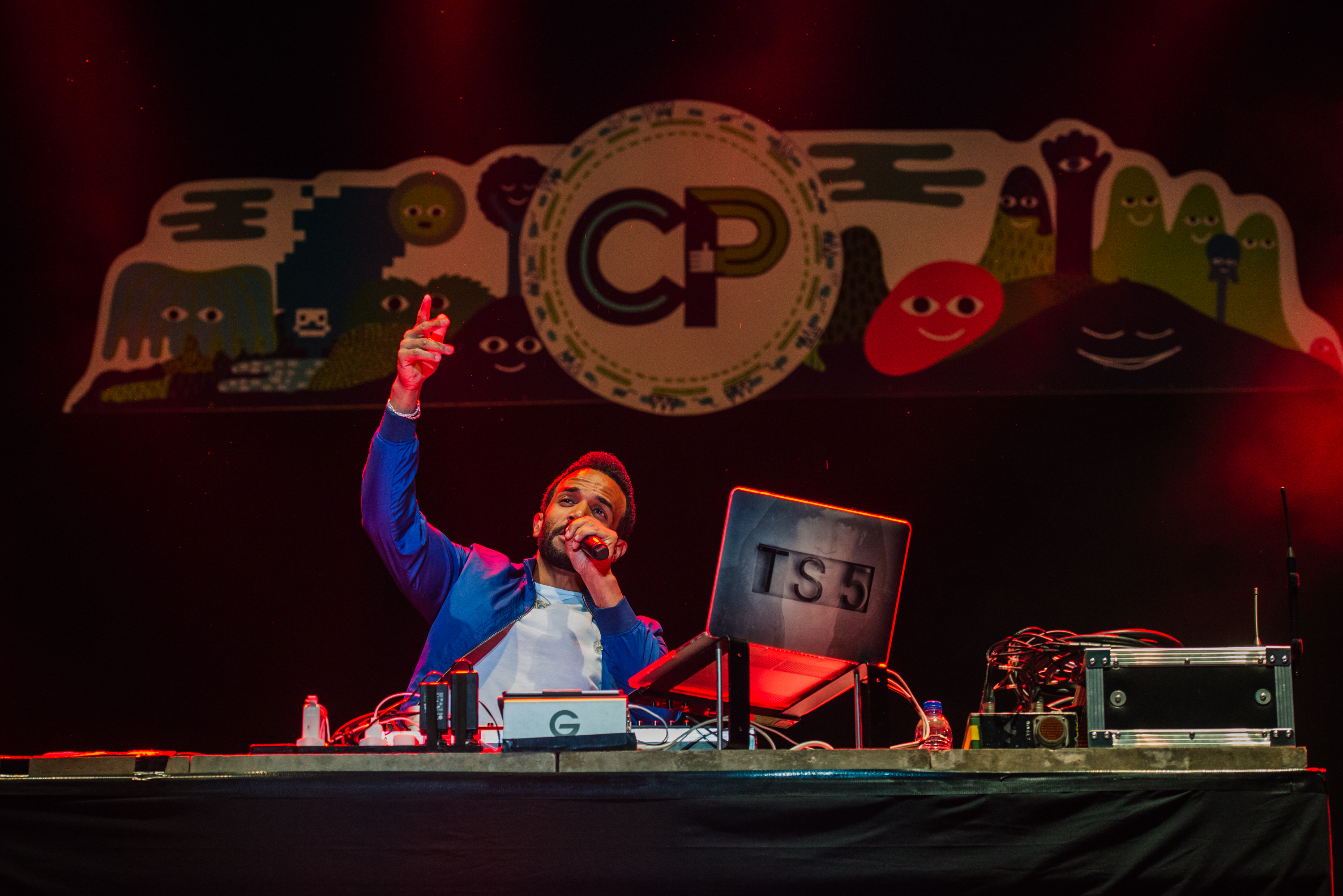