Read more
You are at:Home»Live»Review: Bring Me The Horizon at O2 Guildhall, Southampton
By Will Hodgetts on November 7, 2015 Live, Reviews

Ghouls, ghosts, zombies and fallen angels invaded Southampton’s largest entertainment venue on the night of Halloween in order to witness the Batsards perform a raucous hour-long set to their loyal following. Sheffield rockers Bring Me The Horizon, dressed fittingly for the evening, had help from Cambridge quartet Mallory Knox to provide a show of the very highest standard and send everyone back into the night buzzing and with ears ringing.

When news broke that Mallory Knox would be supporting in Southampton, I was very pleasantly surprised; I no longer class them as a support act. Over the last 12 months they have certainly moved on from that and become a main attraction in their own right. So to be able to see one of the rising artists of the rock scene as well as the behemoth that is Bring Me The Horizon was definitely going to guarantee a great night. 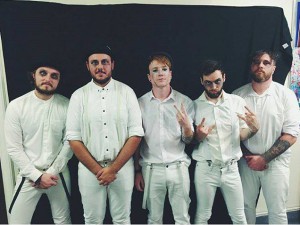 The four-piece have just finished their largest UK headline tour to date, so their nine-track set was effortless and flawless. Dressed in white, they opened with ‘Beggars’, before moving on to the lead single from their debut album Asymmetry, ‘Ghost in the Mirror’ which got the packed Guildhall singing and chanting along. The set was filled with fan favourites, including ‘Getaway’, ‘Death Rattle’ and ‘Shout At The Moon’, before finishing with their most popular track ‘Lighthouse’ which went down a treat with Bring Me’s devoted following. Unsurprisingly, Mallory Knox were able to get everyone in the mood. A few mosh pits broke out and fists were held in the air for prolonged periods of time. There is absolutely no doubt that they will be playing their own sold-out shows in venues of that size in the very near future.

Soon enough, the lights of the Guildhall went out and complete darkness ensued. Then, stripped television screens eliminated throughout the venue, broadcasting the introduction to the set. We were transported to 2045, and told that nuclear radiation from World War Three has left the world in ruins and that an overlord was attempting to start a superior cyborg race. However, in Southampton, back in 2015, Bring Me The Horizon had taken shelter and something was stirring. Radiation fused the bands together with bats, leaving them as mutants and naming themselves Batsards. And on this night, Bring Me The Horizon came out of hiding and rose again. The narrator asked, “Southampton, are you ready?” 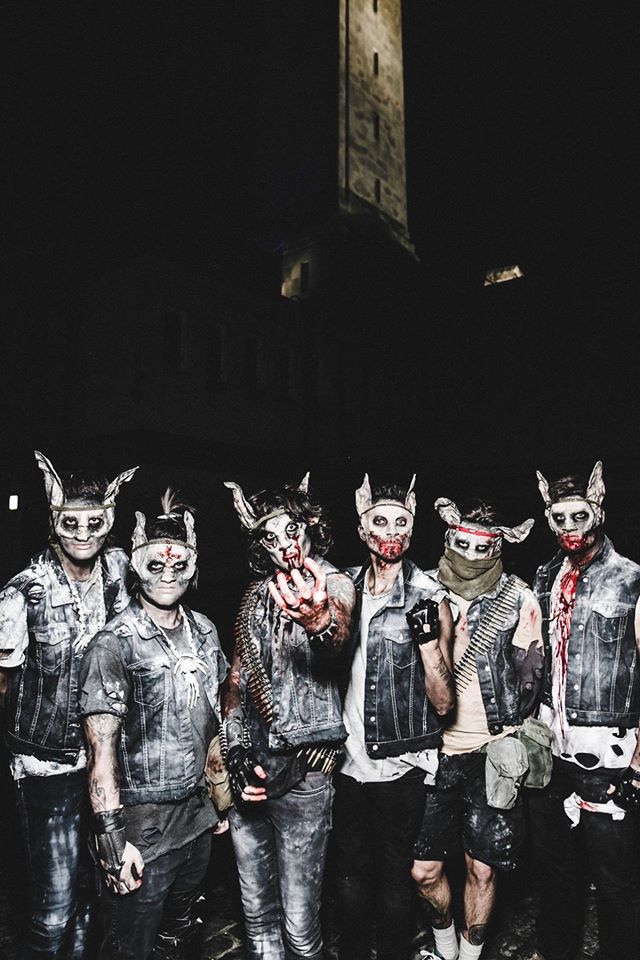 Oli Sykes, Matt Nicholls, Matt Kean, Jordan Fish and Lee Malia emerged from the darkness with their new, mutated appearances and kicked the set off with the second single from their fifth studio album, ‘Happy Song’. Chants of “S.P.I.R.I.T” echoed around the Guildhall and mosh pits immediately broke out to “SPIRIT, let’s hear it – let’s go!” Sykes’ energy from the off was electrifying, enticing the crowd and fuelling their need to jump, clap and mosh. But his bandmates were no slackers, they were constantly on the move too, thrashing and jumping up and down, in particular keys player Fish.

Bring Me then retreated back a couple of years to play tracks from 2013’s Sempiternal, as well as a major throwback to 2009 when they performed ‘Chelsea Smile’, which was the second single released from their sophomore record Suicide Season. There wasn’t a single track performed which did not resonate with the fans and evoke a massive response. Bring Me The Horizon’s old material is still just as popular now as it was when it was first released, particularly those from the aforementioned Sempiternal, most notably ‘Can You Feel My Heart’ and ‘Antivist’.

But considering the new direction the band have taken with their latest record That’s the Spirit, moving away from the metal core they are so often associated with, and towards a more rock-y sound, their newer tracks are able to fit seamlessly into a set that was still dominated by their heavier singles. If anything, their newer material sounds, particularly those performed on the evening such as ‘Throne’ and ‘True Friends’, are more anthemic and better allows the fans to sing and chant along to every single word, which can be a welcome break from those older, screamier tracks. It actually adds an extra dimension to a band who were already absolutely incredible live.

The evening ended with an encore of the opening track from That’s the Spirit, ‘Doomed’ and the first single from the album, ‘Drown’. Both, as did the entire setlist, went down an absolute treat, with the anthemic ‘Drown’ resonating in everyone’s heads as they left.

Bring Me The Horizon just seem to be getting better and better. They are most definitely one of the best live bands I have ever had the pleasure to see play. Whether you’re a rock fan, a metal fan, or a live music fan in general, I could not recommend seeing these five guys any more highly – they’re just incredible. I would be quite confident in saying that at this rate, the Sheffield rockers will quite easily go down as one of the best rock band of the last 15 years.