Video game soundtracks have taken quite a long time to be recognised by the music community. In fact, some would argue that they are still struggling to be taken seriously as examples of art in their own right. However, over the last few years a change has been occurring, with a variety of books, podcasts and radio shows all being dedicated to the music that accompanies our gaming experiences. Additionally, concerts and live performances of video game soundtracks are nothing new, with the likes of Final Fantasy regularly touring across the world. 2015 is the first time though that a soundtrack with such a niche appeal as Silent Hill has been performed in the UK.

A survival horror franchise, the Silent Hill series has had its ups and downs since it began in 1999. The first three games are consistently cited as exemplary cases of how to tell interesting and frightening stories in a way that only video games can. Their unparalleled atmosphere and psychological effect means that, despite their age, people are still discovering and falling in love with them to this day. Yet from the 4th game onwards the track-record has been rocky to say the least, and the games have been accused of falling into a rut. This is not true for the music however, which is the one thing that has maintained a consistent level of quality. 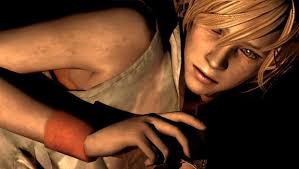 Akira Yamaoka’s work has evolved throughout the series, experimenting with different styles and genres. His score for the first Silent Hill is defined mainly in relation to the work of Trent Reznor, thanks to its industrial style and its distinct use of dissonant sound effects in order to reflect the oppressive mood of the game. Yet with each passing installment, Yamaoka’s style became a little more accessible, with more and more emphasis being placed on melodic tracks. If Silent Hill 2 started this transition, with its melancholic pieces interspersed here and there, then the change was in full force by the time the third game came around, which prominently featured actual songs. From that point on vocals became an intrinsic part of the Silent Hill world and the dark ambiance of the earlier games receded into the background.

With such a stark disparity between the earlier and later styles, fans were left unsure as to what kind of experience Silent Hill Live would actually be. In the end it turned out that the later, more accessible sound, would be the focus of much of the performance. This is likely because it is ostensibly easier to enjoy the songs when they are separated from the context of the games than it is with the score.

The result was a live show that was a little awkward to begin with. The majority of the audience were clearly adjusting to the fact that most of the music they were hearing, originated from the games they were less familiar with. The fault certainly wasn’t with the music itself, as it is the one thing about the newer games that still works. Additionally, the performance of the songs can’t be faulted either, as Yamaoka and his band never put a foot wrong. The vocals were especially strong, carrying the moody, Lynchian vibe of the music perfectly. Whether or not you actually knew some of the material ultimately didn’t matter too much, as the tracks were quite easy to get on board with.

The aforementioned industrial pieces only cropped up occasionally, their avant-garde sound jarring quite noticeably with the more pop infused style of the songs. Yet it was in these all-too-brief moments that the idiosyncratic essence of Silent Hill was most notably present. Dark synth, low pitch notes and white noise all evoked the signature sense of unease that the games are known for, and oddly enough it was when this happened that the audience seemed most engaged. It turns out that an Akira Yamaoka gig is one of the few places where people favour the intentionally dissonant instrumentals over the more melodic ballads.

The highlights came during the encore, in which the three most celebrated tracks from the series were finally played: the opening theme to Silent Hill, Silent Hill 2’s ‘Promise’ and Silent Hill 3’s ‘You’re Not Here’. Each of these songs received a larger individual reaction than all the rest did put together. It’s telling that the opening theme and ‘Promise’ in particular garnered the most excitement, as they are purely instrumental pieces.

The former begins with an iconic mandolin solo, before the accompaniment of a guitar, bass and percussion sneak in. Said mandolin solo stole the show, which incidentally might be the only time that has ever happened in the history of gigs. I’m not too clued up on the instrument itself but I’m fairly sure that I’ve never heard one being played with such effortless flair before. The reactions of a legitimately stunned audience seemed to substantiate my own sense of awe, as the constant ramping up in tempo never let up once.

‘Promise’ on the other hand, is a primarily guitar led piece with a refreshingly stripped back sound, creating a haunting and emotional feel. A recurring motif throughout Silent Hill 2 (the best one), it is an incredibly resonant piece of music for fans.

You get the feeling that this is what the audience would have preferred the entire show to have been like. The focus on the more mainstream songs allowed for a clearer structure and a broader appeal, but for Silent Hill fans it was the moments without vocals that really struck a chord. The result was a very satisfying performance in its own right, but one that offered frustrating flashes of the brilliance that could have been had the show gone in a different direction. However in spite of this flaw, I am an obnoxious fanboy. So you know… ten out of ten.