Wireless returns to London for its eleventh year, finding its home in Finsbury Park between the 8th and 10th of July. With tickets still available for one of the premier RnB festivals going on in the centre of London, why wouldn’t you spend a summer’s day there this year?

The headliners this year do not disappoint; one-man hit machine that is Calvin Harris, who seems to be able to do no wrong with his music at the moment, alongside Chase and Status, back touring after a two year touring hiatus alongside a back catalogue as long as your arm, they are a band who rarely disappoint. Kygo, who has been making waves on the internet for a few years now but had his break in the charts last year also comes in as a headliner alongside J Cole. With over a million subscribers, videos with 20million+ views and three number one albums in the American charts, J Cole has been one of the most successful rap artists to come out of The States over the last couple of years. It is refreshing to see a new artist grace the English summer festival scene, with other festivals rerunning old bands simply to get numbers through the gates. Grime artists Boy Better Know complete the headliners line up, meaning there is genuinely something for everyone at Wireless 2016.

On the Friday, alongside Calvin Harris, The 1975 and Kurupt FM are the names that jump out, and on the Saturday Future, Sigma, Craig David’s TS5, Maverick Sabre and Wilkinson will all join Chase and Status and J Cole in what is by far the day with the strongest line up. Martin Garrix and Jess Glynne support Boy Better Know and Kygo on the Sunday, though with many other artists yet to be announced, hopefully Wireless have a surprise up their sleeves!

With day tickets available from as little as £70, and a weekend ticket costing £170, what could be better this summer than spending a day at one of the biggest music festivals in the UK, and then being able to head to civilisation and the centre of London, instead of having to drag yourself off to a hot, sweaty tent?

Further information on the line-up, tickets and venue can be found on Wireless Festival’s website via this link. 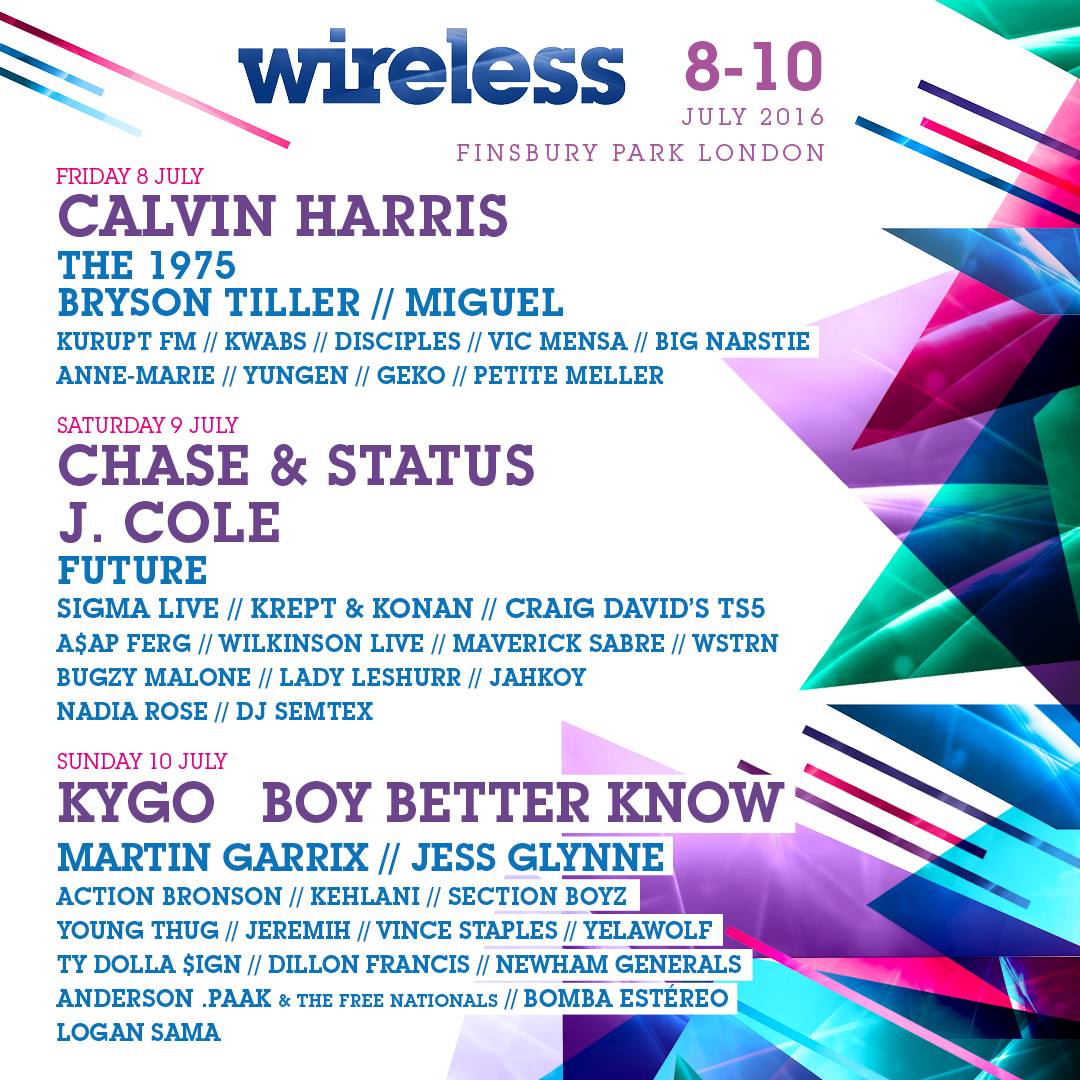