Boardmasters, Cornwall’s annual surf/skate/music festival, is returning to the county for its 35th year.

The event plays host to a number of live music acts, as well as surf and skateboarding competitions, and will be held over four days from the 10th to 14th August in Watergate Bay, Newquay. Surf competitions take place on Fistral Beach, complete with a skate ramp built for BMX and skateboarding competitions, with the most popular being the Men’s Pro 5 Star Surf and both Women’s and Men’s Longboard. The festival also offers beach sessions (intimate gigs by the sea), after parties, an onsite Eco spa – as part of their Surfers Against Sewage campaign -, surf lessons, beach barbecues and more.

Musically, it is comprised of mostly indie and alternative rock, though this year’s lineup sees a number of dance and rap artists making their debut. Main stage headliners for 2016’s lineup include Chase & Status, Deadmau5 and Brit Award winner James Bay.

Chase & Status – The Electro-music production duo, consisting of Saul Milton and Will Kennard have been making music since they first formed in 2003, after meeting at university in Manchester. They have, so far, released 3 major studio albums and have collaborated with the likes of Plan B, Example, Major Lazer and Sub Focus. Popular hits include ‘Time’ featuring Delilah, ‘No Problem’ and ‘Hypest Hype’ featuring Tempa T. 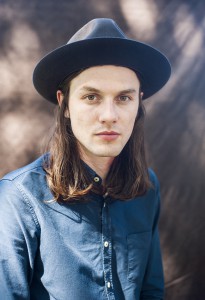 James Bay – James Bay is a 25 year old singer-songwriter from Hertfordshire, England. His debut single ‘Hold Back The River’ was certified platinum before the release of his first album ‘Chaos Before The Calm’ in 2015, which later went to number one in the UK. In 2015, James received the BRITS Critic’s Choice Award and went on to win the Best British Male Solo Artist the following year.

Catfish and the Bottlemen –  Welsh indie rockers, Catfish and the Bottlemen formed in 2007 and have since been making waves in the music industry with the release of their debut album, ‘The Balcony’ in 2014, which reached number 10 in the UK album chart. The quartet consists of Ryan Evan McCann, Johnny Bond, Benjamin Blakeway and Robert Hall, who have previously toured the UK, Europe and North America and attended festivals such as Glastonbury, Latitude and Reading and Leeds. The band received their first BRIT for British Breakthrough Act in February this year.

For more information on the lineup, tickets, venue and anything else, visit Boardmasters Festival 2016’s website by clicking here.

Head of Relations for The Edge and Fashion Marketing student at Southampton University. P.S. I tweet - a lot (@naviwbu)