Sweaty and hectic, Friday continued to build on Thursday's rad line up, offering some unique performances and amazing sets in spectacular fashion.

The second day of 2000trees proved to be just as hot, if not hotter, than the first – resulting in a lot of comedy tan lines as I wondered around the site. Drumstick-striped bodies aside, Friday offered another incredible line up of performances with everything from folk to metal cropping up over the various stages. Friday was also the first day the Main stage was ready to have its full run, resulting in even more painful choices to be made across the three stages over the site – as well as the Neu stage transforming from comedy collective to an up-and-coming showcase of the latest alternative newcomers.

Kicking off the day was the folk-meets-punk group Ducking Punches: the very first act to grace the newly built Main stage. Bringing an insane amount of energy to the weary and hungover masses, their insatiable drive to have a good time soon got people moving to their eclectic mix of sounds. 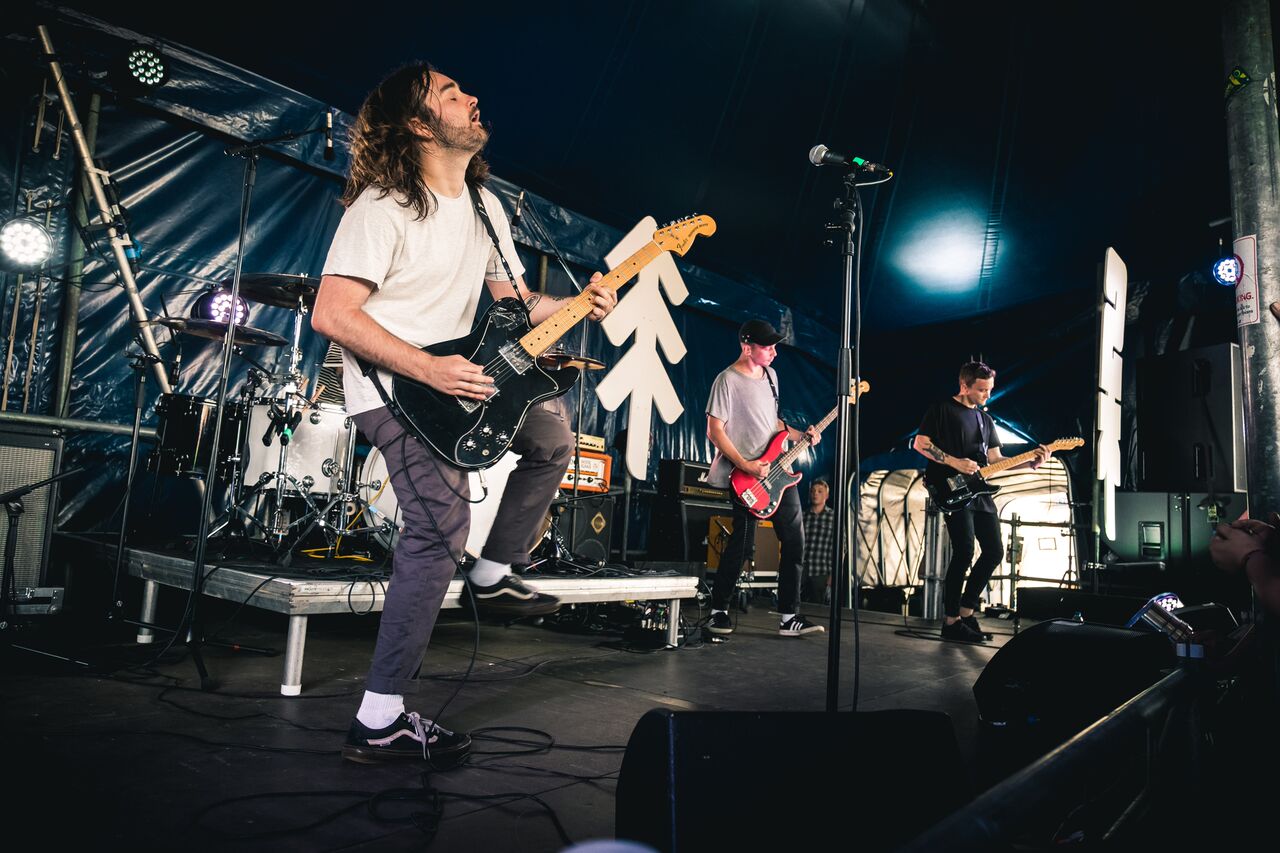 It wasn’t long before the heat got oppressive, however, with the site unsheltered from the bulk of the heat. Moving to the Neu stage instead, we soon found that it boasted a selection of deck chairs and comfortable seating – meaning plenty could enjoy the sets without passing out in the blistering heat. Wallflower came to deliver an impeccably grungy rendition of their singles to date, drawing in a larger crowd than expected for their relatively small following. ‘Mas Eu Quero Mais’ and ‘Splintered’ served as highlights of the set, but their professionalism and studio-quality skill set shined through in each and every one of their tracks. The blend of emo-to-indie sound comes through as deftly unique, and the band will be one to watch in the future, I’m sure.

Cassels came to the Neu stage after a short break, offering a performance fraught with frantic vocals and hysterical instruments. Their particular brand of math-rock was heavy handed in parts, but the passion for their music couldn’t be denied. I wasn’t entirely sure if they were old enough to be on stage on first sight, but the baby faced boys did their best to stand up to the more mature acts on offer throughout. Whilst I’d argue some polishing up wouldn’t go amiss, they still managed to pack out the tiny tent and get feet moving – so what do I know?

Black Peaks headed up the mainstage with some out-of-this-world vocals next, diving into the crowd and leaping around at every given opportunity. Vocalist Will Gardner’s live singing ability was genuinely immensely impressive, and didn’t let up throughout the set; even when crowd surfing across a sea of sweaty, potently smelling people. 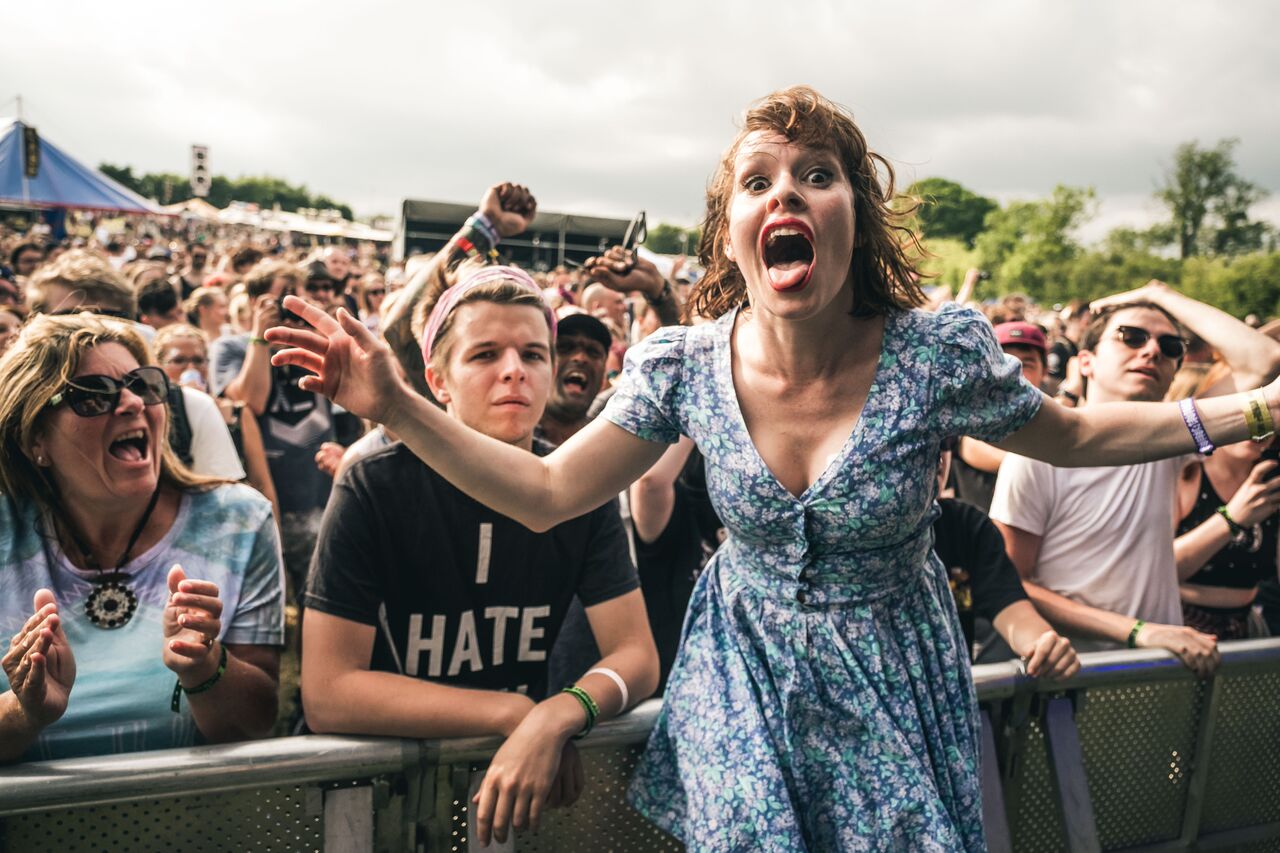 If Black Peaks could be said to have brought energy, then I have no idea what Skinny Lister were bringing to the table. Some type of intensified nuclear explosion in the form of happy-go-lucky folk rock perhaps, or maybe just sheer lunacy. Their set was definitely the highlight of the day, with country vibes permeating so strongly through the crowds that it couldn’t be moved through for aggressive line dancing. Lorna Thomas was a pocket rocket from the outset, throwing herself between her bandmates as if possessed and handing out grog by the flagonful, unafraid of diving across audience member’s heads and getting as many people as possible involved with the set. Lorna’s excitement, as well as that of all her bandmates, was quite something to behold, and reinvigorated a group of people weighed down by sunstroke and mid-afternoon beer bloat. The spectacle of Skinny Lister was truly not something to be missed, serving as country fun with a fire cracker shoved in the back end of it.

Soon after, Deaf Havana served up some nostalgia over on the Cave stage, presenting a set curated entirely by fans on Facebook. Blasting out the tunes that got them a loyal audience to their gigs in the first place, the Norfolk bunch of rockers made a brave move by neglecting much of the new music that was released earlier this year – and an ever braver one by playing songs not even theirs at all. Taking the joke one step further, the group took the request for ‘Cigarettes and Alcohol’ quite literally – playing on the mistake of Facebook users attempting to request ‘Nicotine and Alcohol’ and delivering the Oasis classic instead. With fun at the heart of their performance and a commitment to their fans that was touching to see, Deaf Havana provided a truly intimate set that’s difficult to achieve in front of multiple hundreds of people. 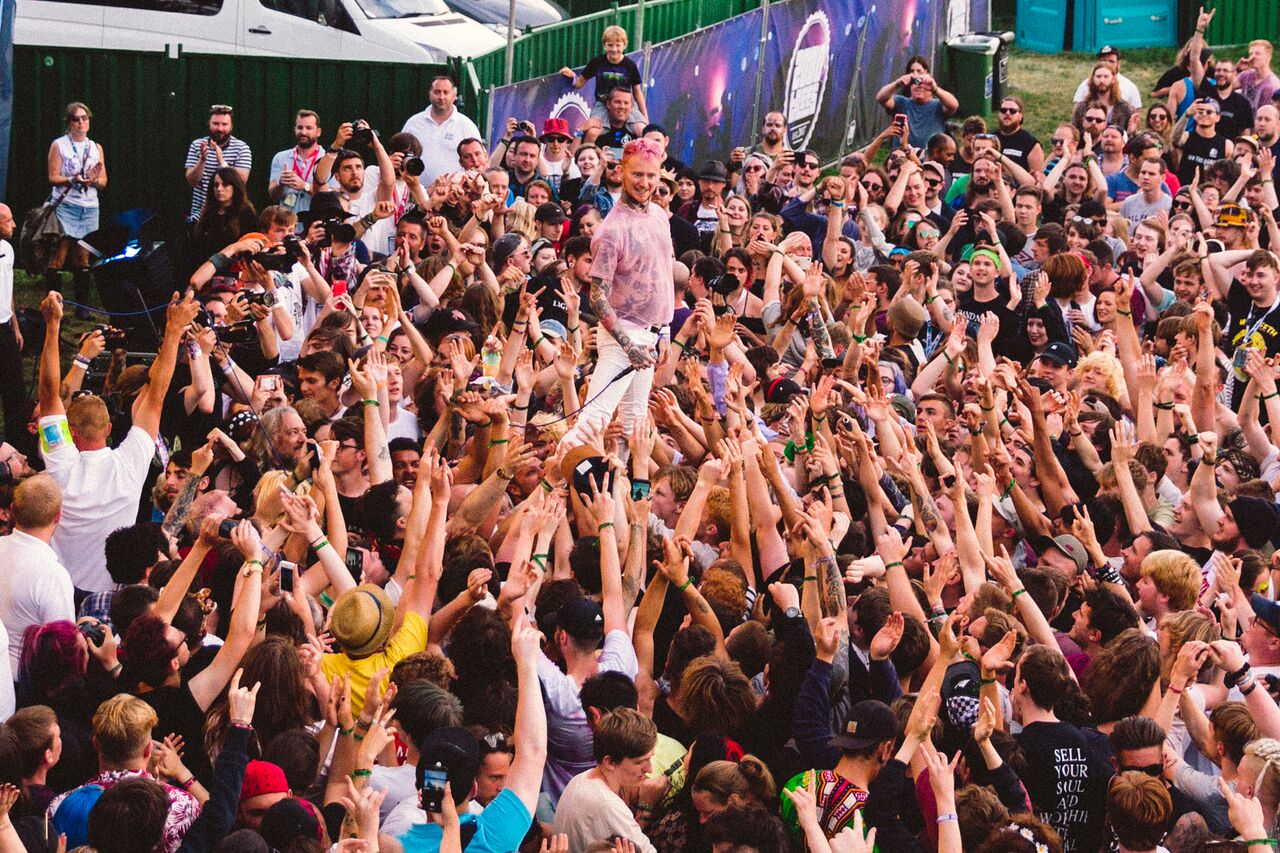 The last acts to round off the day came in the form of Frank Carter & the Rattlesnakes, followed shortly by Nothing But Thieves. Frank Carter was… well, as Frank Carter as ever – stopping the set numerous times to save audience members from various injustices, such as locating a lost bum bag and breaking up a fight between a girl and a guy that had been too hands on during the set. I could say something about this halting the music and coming as a inconvenience: but it just isn’t at all. If only more people would take the initiative to make gig spaces safe and enjoyable for everyone, the live music scene would be a much better place. Keep doing you Frank – bringing about a better scene whilst simultaneously smashing an incredible set in the process. It’s a rarity for someone to care so much about each and every person having a great time.

Nothing But Thieves were vocally on another planet. Conor Mason was an angel sent from heaven to bless the masses with his voice, not letting up once throughout the studio-quality set. He even got a young fan from the crowd (#WeLoveYouFreddy) to join him as a backing singer for one of the songs, winning the hearts of just about everyone watching. With hits such as ‘Trip Switch’ and ‘Wake Up Call’, and then a finale of ‘Amsterdam’, it was amazing to see just how quickly their latest tracks had taken hold of their fans – proving just as popular as their 2015 repertoire.

With the acts finished and DJs at the ready, the silent disco then took over the site with a surprisingly huge uptake – you could barely move for drunken revelers screeching about ‘Stacey’s Mom.’ Me included. With the standard from Thursday slowing ramping up throughout Friday, festival-goers were more than ready to bring the Saturday in with a bang after a more than brilliant day.