Arcade Fire and Catfish are dream festival headliners, it's just a shame Zara was confined to the Big Top.

Perhaps it was the rhythmic pulsation of David Guetta’s late night DJ set through my tent floor lulling me to sleep, but I woke for Saturday at the Isle of Wight Festival feeling surprisingly alive. We could debate the positives and negatives of camping festivals all day (oh wait, we’ve got an article for that), but there’s nothing like morning sunshine turning your pop-up tent into a miniature oven to get you going in the morning. 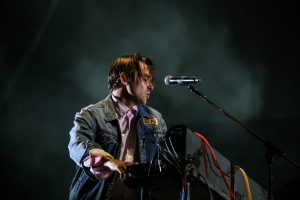 For the midday and early afternoon sets at IoW, you’ll find the area around the Main Stage littered with camping chairs and blankets, families enjoying the music before the core event kicks off in the evening. It’s a relaxed, chilled atmosphere; even if you are dodging picnics on mass to reach the stage. First up on my agenda for Saturday – apart from a tasty but pricey portion of IoW’s premier paella – were Mancunian rockers The Slow Readers Club. Though I hadn’t come into contact with the four-piece band before, I was impressed by their smooth vocals and some impressive guitar, a sound reminiscent of rising talent Blossoms. They were followed by Tom Chaplin, the lead singer of legendary band Keane gone solo; though not solo enough to detach himself from their hit song ‘Somewhere Only We Know’, which peaked the crowd’s nostalgia and incurred a mass singalong.

Chaplin’s rendition was only the start of the Noughties throwback. With Scouting for Girls’ Sunday set already causing excitement among the crowds, pop-rockers The Kooks offered a healthy dose of nostalgia on the Main Stage as evening set in. Both ‘Naive’ and ‘She Moves In Her Own Way’ sent the teenage crowd into overdrive, undoubtedly thrilled at the bragging rights they’d earn with Snapchats of their high school disco classics performed live. As usual with IoW, there was something for everyone: fans of the 90s enjoyed Texas‘ set (featuring cheesy radio station favourite ‘Say What You Want’), while new music lovers rocked along to Jack Savoretti‘s energetic afternoon performance. 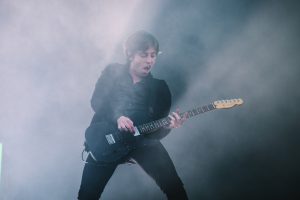 Following the Kooks’ set came the most difficult decision of the weekend: a painstaking clash between Welsh indie rockers Catfish and the Bottlemen and Swedish pop princess Zara Larsson. The choice to confine Zara, one of the most popular performers at the festival, to the Big Top was probably the biggest mistake I saw from organisers all weekend. While Catfish suffered from a reduced crowd at the Main Stage, a huge surge of people rushed to the Big Top the moment they finished playing, only to be greeted by a crammed to the rafters tent with Zara barely visible in the distance.

Saying that, the crowd split between the two venues probably enhanced my experience of Catfish. A must-see for the weekend, their set showcased the best from both their albums, The Balcony and The Ride, before ending in a memorable fifteen-minute-long rendition of ‘Tyrants’. Though the occasional mosh pit did form, it was good to see the indie rockers in a more relaxed setting, having experienced mental atmospheres at their own gig in Bristol and at Boardmasters. It was just a shame to miss out on the majority of Zara’s set, especially considering the storm her recent album So Good has kicked up.

Headliners for Saturday night were Canadian indie rock band Arcade Fire. Their set was definitely one of the most anticipated of the weekend, with their recent single ‘Everything Now’ exciting fans for what the diverse group have to offer with their impending album. Sure enough, they didn’t disappoint. Though offering a completely different performance to David Guetta the previous evening, they still wowed with their amazing versatility from song to song, performing nearly twenty years worth of hits. Their recital of the aforementioned ‘Everything Now’ was breathtaking, and I can only imagine Arcade Fire have a brilliant year ahead of them.