Read more
You are at:Home»Film»Cinema»Review: Doctor Strange in the Multiverse of Madness
By Jacob Hando on May 15, 2022 Cinema, Film
50%
50
Underwhelming

Sam Raimi tries and tries to elevate this complicated sequel into something greater, but even his directorial flourishes can't elevate a badly coordinated script.

How do you make a follow up to the record-breaking Spider-man: No Way Home? Well, you get Sam Raimi (the director of Tobey Maguire’s Spidey films), Benedict Cumberbatch (who just can’t catch a break) and the star of WandaVision and you make a horror film for the MCU.

Calling this 12-rated film a horror seems a bit silly, really. The Woman in Black is a proper 12-rated horror; The Multiverse of Madness is more like The Return of the King, which managed to tie Peter Jackson’s macabre imagery and gruesome roots into the greatest fantasy blockbuster of all time. Saying this ultra-sequel is the bloodiest and scariest Marvel film is the equivalent of saying Soul is Pixar’s most ‘adult’ film- it still caters to a young audience but just has a sprinkling of more mature moments. That said, it was refreshing to see death dealt out with such gusto. 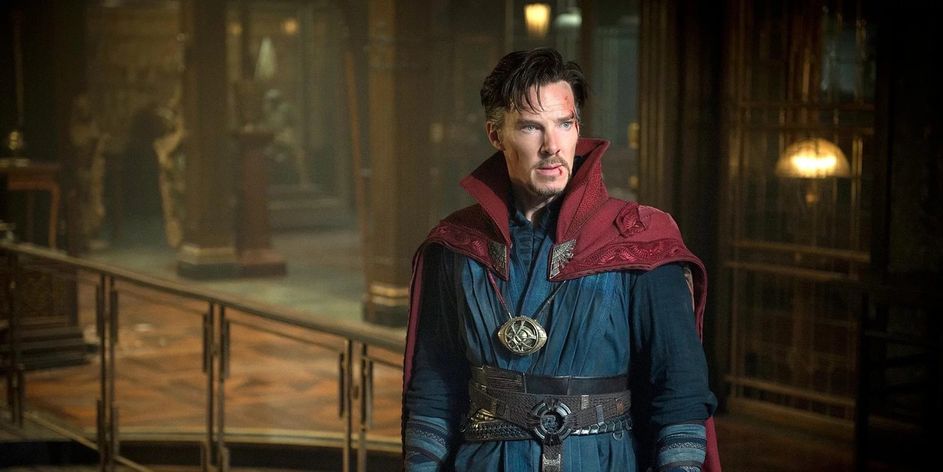 The plot is of immense complication. To strip it down to its base level: Cumberbatch’s Stephen Strange meets America Chavez (Xochitl Gomez), a multi-verse hopping teenager. Hot on their heels across these multi-verses is Elizabeth Olsen’s Wanda / Scarlett Witch, now an overpowered, vengeful mother intent on draining America’s power so that she can find a multiverse where her children are real. It is a ludicrous narrative that is glued together with the thinnest of PVAs, chiefly bad dialogue, weighty exposition, and enough CG pixels to get this a Best Animated Feature Oscar. Once the extremely nimble first thirty minutes set the core elements up, Raimi’s directorial eye soon begins to emerge, thankfully.

This is more Raimi’s Evil Dead than it is Raimi’s Spider-man, with silky edits and playfully jarring camera angles manipulating the audience into moments of loose fear and suspense. For those that think glossy CGI money-shots equate to great cinematography, Raimi is here to remind viewers that a simple tilt or a smart close-up can add more depth to a scene. Even the colour palette, especially in the third act, feels grittier than usual. It is a shame, then, that The Multiverse of Madness’ production was so troubled: original director Scott Derrickson left due to… you guessed it, creative differences, the film was originally scheduled for a release prior to WandaVision and No Way Home, and the intense speculation about cameos from X-Men, Fantastic Fours and, erm, Tom Cruise, set it up to fail out the gates, as well as the numerous re-shoots involved. Unfortunately, the re-shoots are obvious. Continuity is a little awry, with references to Spider-man’s multi-versal incident ironically forgetting the memory spell that closed No Way Home. Still, much like The Hobbit trilogy, it is a testament to the director that the film still manages to entertain given its extensive production troubles. 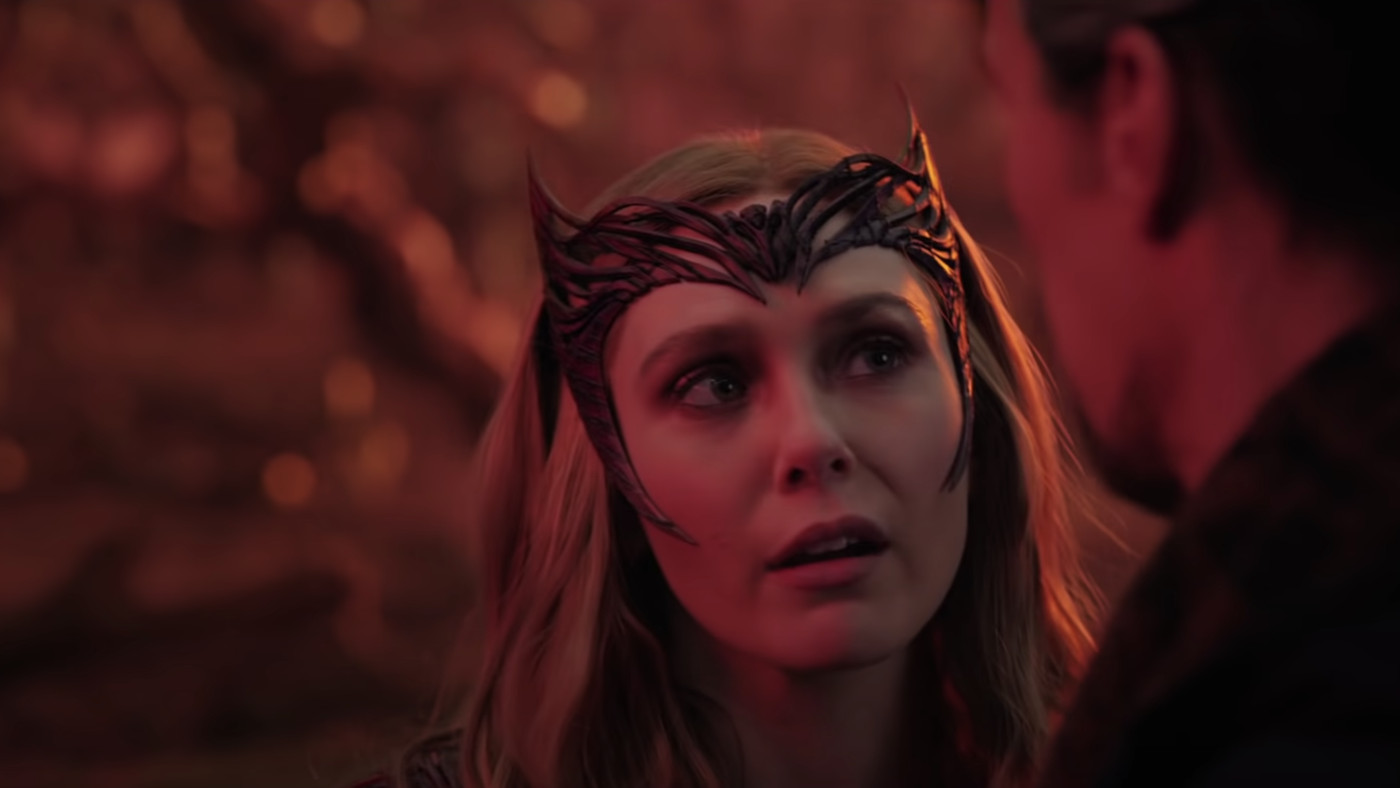 Of the cast, Cumberbatch and Olsen get the wizard’s share of screentime. Essentially a mystical version of Civil War, their interactions have a lot of character work and visual panache on display, even if Wanda gets the Season 8 Daenerys Targaryen treatment in another regressive storyline. Gomez gets little to do outside of dumping exposition and Wong (Benedict Wong) is solidly likeable, but very limited as a character. Where the film wants to be intriguing, but doesn’t quite nail it, is in the relationship between Strange and a returning Rachel McAdams. Here the multi-verse offers limitless possibilities for corrections, but the hero must forgo his happiness for the greater good. It is a great character moment but it feels almost secondary to Wanda’s rampage.

As a work of spectacle, the spellcasting and multi-verse combat is sporadically visually arresting. Much of the action is Olsen waving red hands around, but there is a beautifully executed musical battle that felt like a comic-book was stapled to the screen for a few minutes. There are also some mercilessly brutal kills on some likeable characters- though this may anger many people (think the X-Force parachute jump in Deadpool 2).

As it stands, Doctor Strange in the Multiverse of Madness is a lesser Marvel film, hampered by flat jokes and a rushed screenplay. It has even more plot-holes than No Way Home and senseless CG action, but the presence of Sam Raimi is truly felt, and for that the film is commendable. Without his visual playfulness the film buckles under the weight of setting things up.

Doctor Strange in the Multiverse of Madness is in cinemas now with a 12A rating. Watch the trailer below: