Months before Star Wars: The Last Jedi had even seen the light of day, Mark Hamill had already gone on record to say that he “fundamentally disagreed” with how the script portrayed Luke Skywalker, the saga’s original hero. And when the film came out, it seemed many fans agreed with Hamill’s initial feelings, with admittedly good reasons. The Last Jedi’s depiction of Luke was vastly different, both from what many expected, but also compared to his appearances in the original trilogy. To recap, the Luke we meet on Ach-To is a depressed, irritable hermit, who wants nothing to do with the galaxy at large, and intends to end the Jedi Order due to his belief that they are hypocritical, arrogant, and cause more harm than good. 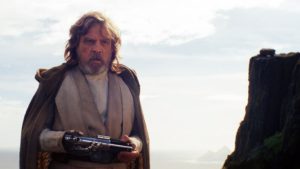 Many have decried this portrayal as being too radically different, given that Luke was once an eternally hopeful and idealistic man, able to see good in everyone, including his father, Darth Vader. But 30 years have passed since Return of the Jedi, and it would be naïve to assume that nobody changes over such a long period of time. Given what Luke had gone through over those 30 years, it would arguably feel more wrong if Luke remained the optimistic idealist after that. Luke’s more cynical outlook actually allows for his relationship with Rey (Daisy Ridley) to feel more unique. Rather than having another eccentric yet wise master training the young hero (as we’ve seen three times already in the saga), we instead have a grouchy old man lecturing our hero on why the Jedi Order is flawed. It effectively shakes up the expected dynamics, and also canonises the notable dissonance between the depictions of the Jedi in the original and prequel trilogies.

The hubris that seems to come with the Jedi is what leads us to the most common cause of divide over the depiction of Luke. About halfway into the film, we learn that Luke is arguably responsible for the current conflict, as he briefly considered killing Ben Solo (Adam Driver) to prevent his inevitable turn to the dark side. Though he stopped himself from doing so, it was enough to push Ben over the edge and become Kylo Ren. “Luke would never consider killing a child!” many fans screamed, but it actually provides a good explanation for Luke’s exile that fits his character.

Luke has always been an impulsive person, frequently making mistakes, and suffering the consequences for them. He leaves his training early in Empire, gives in to his anger in Jedi, and just because he’s older and more experienced that doesn’t mean he’ll stop making mistakes. To abandon his friends, Luke would’ve had to make a mistake so serious that he couldn’t bear to face them again, and what could be more serious than considering the murder of their son, even for a moment? No wonder he locked himself away if he did something like that. Indeed, it makes sense that nothing would persuade him to move past this catastrophic failure, except for an encouraging pep-talk from Master Yoda. 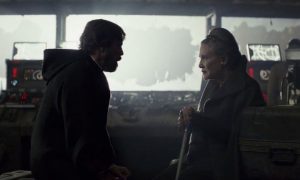 After this, Luke pulls himself together, flies to Crait, reunites with his sister, and goes to confront his nephew. Except he doesn’t. He projects an image of himself from Ach-To using the Force in order to trick Kylo, and allow the resistance to escape, but killing himself in the process. While many fans felt this was an underwhelming way for Luke to go out, this ending is far better than anything else we could’ve got. Rather than go to Crait and kick the shit out of the First Order, Luke does the most Jedi thing imaginable – he distracts the villains in a non-violent but powerful display of force (pun very much intended), and gives the heroes the chance to live to fight another day. He not only follows Obi-Wan’s example, but goes beyond it by denying Kylo his revenge, and going out on his own terms, under the beauty of Ach-To’s binary sunset.

The Last Jedi is not perfect, but the film’s best parts shine brighter than any other Star Wars film, and controversial as it may be, Luke Skywalker is one of them. So I have to tip my hat to Rian Johnson, for writing a phenomenal continuation, and ultimately conclusion, to the journey of the greatest hero the galaxy has ever seen.

RIP Luke Skywalker. May the Force be with you.

Star Wars: The Last Jedi (2017), directed by Rian Johnson, is released on Blu-ray disc and DVD in the UK by Walt Disney Studios Home Entertainment, certificate 12a.