This Sunday the Academy Awards return to the Dolby Theatre in Los Angeles for their 90th show, and with it comes a plethora of questions, concerning both the films nominated and the overall state of the industry. As a cap on 12 months of filmmaking and events, the Oscars always turn a few heads, for good or bad reasons, but this year’s will likely have all eyes focused on it from the beginning after that ending to last year’s ceremony and everything that’s been going on away from the screens in the business. As is only appropriate for this time of the year, the end of the awards campaigns, everyone is guessing and predicting who will walk away on the night with which awards, and here at The Edge we’re no different! Here are the opinions from some of our writers on where the statues will be heading on the night, and where we want them to be heading. 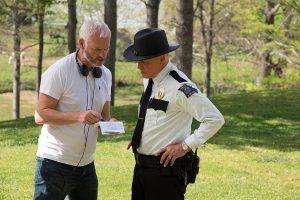 Martin McDonagh (left) with Woody Harrelson (right) on the set of Three Billboards. The crime drama has 7 nominations but nothing for McDonagh in Best Director.
(Twentieth Century Fox)

There are a few entries on the list of this year’s Oscar nominations which I’d definitely replace or remove. One of those is Get Out for Best Picture, its presence to me was extremely surprising. But with regards to this category, I think that the race is going to come down to Three Billboards Outside Ebbing, Missouri, The Shape of Water and Dunkirk. However the nomination of Gary Oldman for Best Actor put a big smile on my face. I believe he’ll finally take home the Oscar that he should’ve gotten a long time ago. Unfortunately, the lack of James Franco for The Disaster Artist here is a serious oversight. In the category of the Best Actress, one thing we can absolutely say – it’s really stacked this year. But I have a feeling that the statue will go to either Frances McDormand or Sally Hawkins.

A big snub for me also was no nomination in Best Supporting Actor for Patrick Stewart in Logan, likewise in Best Director for Martin McDonagh, a huge disappointment, how could he have not been awarded? Unbelievable! After he directed three of his actors to nominations, he gets nothing?! The other frustration in this category is the lack of Denis Villeneuve for Blade Runner 2049. I predict the winner will probably be Guillermo del Toro or Christopher Nolan. Finally, another glaring snub is The Lego Batman Movie for Best Animated Feature. How could it have not been nominated?! No idea. However, I’m really happy that Loving Vincent was noticed, though, such a great movie! 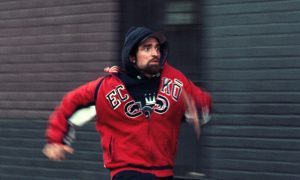 Before I start to criticize this year’s nominations, I want to point out that I loved Get Out (I would have voted for it a third time if I could have) but it is far from one of the best directed films to come out this year (see Good Time, A Ghost Story, Blade Runner 2049 or Call Me By Your Name). If it wins anything it will be for its screenplay, but even that may be a push, as with most Oscars (excluding Moonlight‘s hugely deserved win last year) you could probably predict the entire night using Oddschecker.

Having fell for The Shape of Water this Valentine’s Day I’ll be backing it for its production design and its score, but for me its directing (for which it is all but guaranteed to win) stumbled. That award, in a just world, should really go to Christopher Nolan for the complex handling of the brilliant Dunkirk, but, if even we couldn’t commend it here at the BAFTAs, the Oscars certainly won’t.

Three Billboards Outside Ebbing, Missouri‘s understated powerhouse performance from Frances McDormand will rightly runaway with Best Actress and any nominee other than Gary Oldman may as well not show up to the ceremony, but an alternative choice to nominate would be Robert Pattinson for his transformative turn in Good Time.

Regardless though, everybody loves the Oscars. And despite my reservations about who should and who shouldn’t come away with the little man, I’ll be there at silly o’clock in the morning with an abundance of energy drink, clapping away. Lets just hope that all of the deserving people are rewarded. I mean what could possibly go wrong…right? 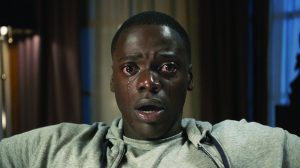 The last couple of years have seen a complete tonal shift in focus for the film industry – and for the better. From the #OscarsSoWhite and #MeToo controversies has come more willingness in Hollywood to shine the spotlight on more diverse films and talent in front of and behind the camera. The Hollywood culture is still far from perfect, but despite that I can see the Academy rewarding the utterly captivating Get Out with the Best Picture statuette at this year’s awards. Jordan Peele’s feature-length directorial debut takes a fascinating (if uncomfortable) look at race relations that many Academy members will find too compelling to ignore; the film’s tremendously terrifying horror elements and expert use of humour will expand its reach among voters.

As for the award for Directing? Similarly to recent years, this will go to a completely different film than the Best Picture winner – rather, Director’s Guild of America Feature Award winner Guillermo Del Torro will walk away with the prize for his delightful directing of the enchanting The Shape of Water. Beyond that, I can’t say I’ve watched enough of the nominated films to really have an opinion, although it would be criminal for Dunkirk not to win for its Sound Mixing, or for Star Wars: The Last Jedi to lose out on the Sound Editing or Music (Original Score) awards. Dunkirk and Blade Runner 2049 also feature such impressive cinematography that it’s difficult to pick between the two, and Get Out has to win for its perfectly balanced Original Screenplay.

Then for what I want to happen rather than what will happen? I’d love to see Logan break the superhero movie curse by finally walking away with an Adapted Screenplay statuette, and some dark part of me desperately wants to see the godawful Boss Baby to win the Animated Feature award – simply to watch the world burn – but I’ll be watching along simply to see if anything can top the infamous Moonlight / La La Land mix-up last year.

This year sees a very interesting battle for the most sought-after awards of the film industry. While some of them seem like they already have the winners’ names engraved, others are still very much up for grabs and sure to make the 4th March a night to remember.

The Actors have been pretty much decided by the general consensus of the other awards ceremonies: Frances McDormand (Three Billboards Outside Ebbing, Missouri) and Gary Oldman (Darkest Hour) won the Golden Globes, BAFTAs, and SAG Awards for Best Actress/Actor, while Sam Rockwell (Three Billboards Outside Ebbing, Missouri) and Allison Janney (I, Tonya) have been similarly rewarded in the Best Supporting Actor/Actress categories. The Shape of Water‘s Guillermo Del Toro is also ready to take his Oscar for Best Director home. Kind of boring so far, huh? 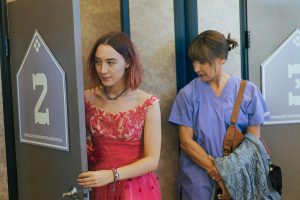 With several awards still an uncertainty, could Greta Gerwig’s Lady Bird fly in for the upset? (A24)

Things get a bit more exciting when it comes to the night’s last and most anticipated award for Best Picture. Golden Globes don’t really help here because of their Drama/Comedy division, SAGs only award cast performances, and the BAFTAs do their own thing. We know The Academy loves a good drama like the haunting Three Billboards and last year’s winner La La Land Moonlight (sorry I had to), but it also loves less spectacular yet intrinsically real films like 2015’s Spotlight and Gerwig’s brilliant Lady Bird. The Shape of Water also stands a chance, although it might just nab all the awards for aesthetically pretty films.

The night is long and full of surprises though. If I gave out the awards, I’d just give Lady Bird every single one of them. But as I obviously don’t, I’ll just sit down in Stags with a cocktail and see what happens…

Unlike in previous years, the majority of the so called “big six” awards of the Oscars are pretty much signed, sealed and (PricewaterhouseCoopers gaff not withstanding) delivered. Frances McDormand, Gary Oldman and Sam Rockwell are definites in the Lead Actress, Lead Actor and Supporting Actor categories respectively, whilst Allison Janney is a firm favourite for Best Supporting Actress. The Best Director category has two clear front runners in Christoper Nolan (Dunkirk) and Guillermo del Toro (The Shape of Water), although del Toro enters the race with a good 50 metre head start, meaning that this one is his. Although, elsewhere, it’s complicated… 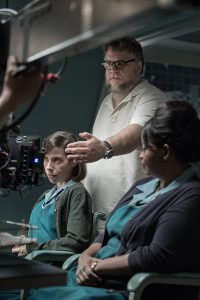 The Shape of Water has the most nominations of the night with 13, can it take home the top prize? (Kerry Hayes)

Recently, the Academy has begun to distribute the statues more evenly, it’s become less frequent for a film to “clear up”, you’d have to go back to, arguably, 2012 and The Artist to find the last example of one film walking away as the dominant winner. Recently, the Academy has given out at least one or two awards to the films they love the most; last year La La Land, Moonlight and Manchester by the Sea split the top earnings between them, before that The Revenant, Spotlight and Mad Max: Fury Road had a near even distribution. With Call Me By Your Name likely taking Adapted Screenplay, that leaves the love for Get Out to be confined to Original Screenplay, whilst Dunkirk will nab some technicals, The Shape of Water will win Directing, and Three Billboards will take half of the acting awards.

So this is where it gets tricky, because the Academy also loves Lady Bird, clearly, so by default it’s recognition could result in it pulling the upset for Best Picture, where the ever elusive preferential ballot system of voting will aid it. But that still doesn’t seem like a sure bet! Three Billboards may statistically be the favourite, but the mounting backlash, coupled with a less than enthusiastic reception from America will result in its momentum being ground to a halt. Add in Martin McDonagh’s lack of a Best Director nomination and it seems like it won’t pull it off.

Where’s my money? I’d just about tip the scale in the favour of The Shape of Water… just…

The 90th Annual Academy Awards take place this Sunday night, March 4th, and will be hosted by Jimmy Kimmel.

A Film student. Not only a big movie buff, but also a huge fan of The Witcher book series and other fantasy books. Also a big fan of a video game The Witcher 3: Wild Hunt and a Total War game series. In spare time, he likes to listen to some good folk/folk metal music and film music.