It’s one thing to have a successful career in one industry, but it’s another to manage to have a successful career in two industries. Jamie Foxx has done it, Will Smith has as well, and even “Marky Mark” Mark Wahlberg has managed it. In this decade, there may be no better example of this than the artist formerly known as ‘The Rock’, Dwayne Johnson. With Disney’s latest original animated movie Moana, starring Johnson in only his second voice role, set for release in the UK on December 2nd, we thought it appropriate to have a look back at the Hollywood career of one of the biggest stars on the planet. 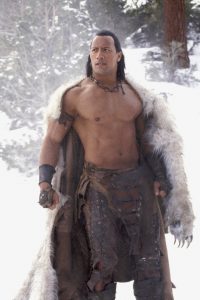 If any of you readers are like me and have a guilty pleasure of men in tights throwing fists, talking smack and falling off of dangerously high structures, then you’ll know just how much star potential Dwayne Johnson had in his wrestling days under his moniker of The Rock. An enigmatic, charming and hilarious showman with the ability to manipulate a crowd any which way he pleased when he had a mic in his hand, Dwayne Johnson’s ability as an entertainer was never in doubt. Which is why it was hardly surprising when he landed himself a payment of $5.5 million for his first lead role in the 2002 movie The Scorpion King, a world record payment for an actor in their first starring role. Having been one of the most enduring stars for the WWF/E at the height of the industry’s popularity, Johnson soon went on to lead several more films over the next three years including The Rundown, Walking Tall and Doom, however none of these films ended up being box office successes for the newly turned actor.

Nonetheless, Johnson persevered and went on to appear in films such as Get Smart, Race to Witch Mountain and The Other Guys over the next few years, all of which performed much more favorably at the box office and allowed Johnson to prove his acting chops alongside the likes of Steve Carell, Anne Hathaway and Will Ferrell. 2010 then brought Johnson perhaps his strangest and most unexpected role, one that could have killed a lesser man’s career – The Tooth Fairy. The film managed to rake in a tidy profit at the box office but was panned by critics. 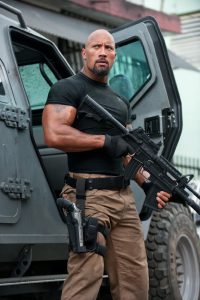 You will never be this manly – Dwayne Johnson in Fast Five. Credit: Jaimie Trueblood).

However from perhaps his lowest point as an actor, Johnson managed to go on immediately to what is arguably his best and most well-known performance, as in April 2011 he debuted as Agent Luke Hobbs in the fifth installment of The Fast and the Furious franchise, Fast Five. Johnson received high praise for his performance and was singled out by many critics as the strongest aspect of the film. Writing for Empire, Nick De Semlyen said “How to re-ignite an ageing franchise? Drop The Rock on it. The best thing, by far, in Fast Five… Dwayne Johnson hulks through the movie leaving testosterone trails in his wake.” The film grossed $626 million worldwide and Johnson received a significant amount of media attention throughout the year, as he also made his long anticipated return to wrestling in February. Fast Five is seen as marking the beginning of the Dwayne Johnson that we know now.

2012 then saw Johnson take over as lead in Journey 2: The Mysterious Island with the film taking in over four times its budget at the box office. But it was 2013 that proved to be Johnson’s year; in a 12 month span, he had lead roles in Snitch, G.I. Joe: Retaliation, Pain & Gain and Fast & Furious 6. Combined, the films grossed over $1.3 billion worldwide. In 2014, Johnson then led Brett Ratner’s Hercules with critics praising his performance once again and totaling over $240 million at the box office, as Johnson’s star continued to rise and his brand grew further. 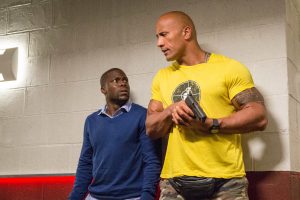 2015’s Furious 7 then delivered Johnson his highest grossing film to date as the film smashed expectations on the way to a grand total of $1.5 billion, with disaster movie San Andreas proving to be another surprise success for Johnson just one month later. Earlier this year, Johnson starred alongside Kevin Hart in buddy comedy Central Intelligence, and the upcoming Moana should sign off another successful year for the bona fide silver screen star.

With lead roles in Fast 8, Baywatch and Jumanji to come in 2017, Dwayne Johnson’s star status can only get bigger as he continues to deliver charming, likable and bad-ass on-screen performances. Arguably the most consistently prolific actor in Hollywood, they don’t call him “Franchise Viagra” these days for nothing.

Films to watch: The Other Guys and Fast Five.