I really don’t know much about you. To be honest, as I am writing this, I have started to realise how little I actually know. But, in a way, I interpret that as a good thing. My motivation for writing this letter is not to reach you in any way, or connect with you on some other level – it is to admire your body of work; that is the beginning and end of my intention.

I’m not going to tell you things that you already know; embarrassingly, I have had to do a little IMDb research just to compose this letter and ensure its validity within the basic remits of fact over fiction. The more I find out about you, the more impressed I am, but the further away I am getting from my original goal of simple praise and acknowledgement of your work. But I do praise your philosophy as a human being too, which I think is largely the reason that you are one of the most promising actors in the industry.

‘Receive with simplicity everything that happens to you.’ – Rashi (1040-1105) This is a quote I dug up when I was half way through my IMDb rampage. Apparently, although unconfirmed, this was your yearbook quote, and I think this aptly describes you from what I have discerned following your work. 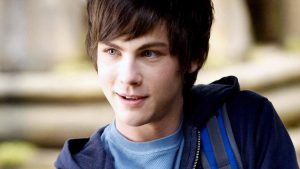 Honestly, I didn’t give you a second thought when I first saw you in Percy Jackson and the Lightning Thief, which may account for me writing this letter. Young heartthrob maybe, but since those early days, you have surprised me, and more than anything else, you have gained my upmost respect. As a peer, a younger member of your generation with no experience in acting besides a few primary school Christmas plays, I feel self important and ridiculous for saying it, but I hope you can take this praise from a humble peer for what it is.

You have proven that you are, above all, to be taken seriously. Your boyish features, which could so easily be exploited in the wrong way, have been embraced to your advantage. The young adult genre is slowly becoming a star making, critic-defying science, with recent YA film actors such as Jennifer Lawrence and Daniel Radcliffe breaking through into the world of indie film and Oscar glory. These are your true peers. 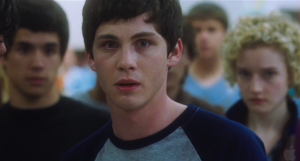 The Perks of Being a Wallflower is one of the few novels I read in a single day, and I do not profess to have much stamina or speed as a reader. Sensitive and heartfelt, your depiction of Charlie in the 2012 adaptation may have received mixed reviews, but it completely blew me away. Your approach was intimate and personal, and the awareness and connection you had obviously made with the character was overwhelming. This mature and considered performance was a far cry from your origins as teen demi-god. Don’t get me wrong, I’m not putting down your performance in any way, I watched Percy Jackson a good many times and enjoyed it too, but you have since proven yourself to be above and beyond the more mainstream teen fantasy hero.

My next encounter with you was in a film that is not as popular or well known, but certainly made an impression on me: Stuck in Love (2012). People may call it an average dramedy romance, or specifically, critics may refer to it as that, but as always, they do not hold ransom over our souls indefinitely (and I say this as a budding critic myself). Your character Louis wasn’t a hero, he was a vulnerable human who you played sincerely, counterpointing the harsh realist of girlfriend Samantha (Lily Collins). Granted, a smaller role, but one that I very much appreciated and enjoyed. 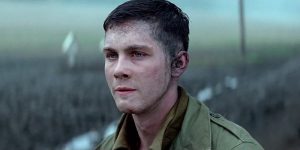 Then you’ve got Fury (2014) – by far the biggest project you’ve been involved with in your short but well directed career. Although your fellow actors may have played your superiors on screen, the cast was an ensemble of equally matched men. Tempering the performances of the other soldiers left unrecognisably human through the atrocities of war, you acted as our guide throughout the film as we felt quietly intimate with your character’s humanity, heartbreak and rapid education. Norman was a polite young man in a brutish and impolite new world. The scenes that depicted the encounter with Emma were especially mesmerising and terrible.

I’m so happy that your latest film, Indignation, is granting you the acknowledgement you so rightfully deserve, and I’m equally glad that you did not get caught into the trap so easily befallen by young actors. You have used Percy Jackson wisely, and are probably the better for it; it was a stepping-stone to greater things, and not a place to tread water.

This letter feels a little short, but, to be honest, I don’t think I’ve seen my favourite film of yours to date, because you haven’t made it yet. But I know that whatever it is, it will be as impressive as your previous performances. You are no mere promising young actor. You are an actor consistently displaying that promise.