Last year, whilst I was having a bit of an existential crisis which I decided to relieve by watching as much Andy Samberg content as possible, I stumbled upon a film called Celeste and Jesse Forever. I fell instantly in love with this film, and now consider it one of my favourite rom-coms ever. However, it’s not a film that many people seem to have heard about, and even less people have seen it. I could be selfish and keep it all to myself, but I truly believe that this film deserves to be seen by as many people as possible. It’s one of the most honest and poignant films I have ever watched, and every time I watch it again, it has the power to make me laugh and cry in equal amounts. 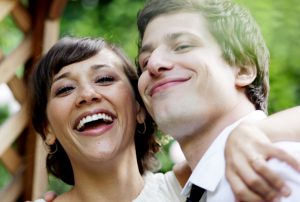 The film follows Celeste (Rashida Jones) and Jesse (Andy Samberg), two best friends who were high school sweethearts, as they go through the process of separating and getting divorced. Yep, it’s a film about divorce- cheery, I know. The story ebbs and flows with these characters, with the dynamic completely changing when Jesse gets serious with another woman (Rebecca Dayan), causing Celeste to actually question her decision to leave him, and whether it was the right one.

This film is about love, loss and moving on, and it’s very real about the story it tells. It doesn’t present any sort of easy option, where a new person comes along and suddenly all thoughts of the last person have been eradicated. It shows the struggles of changing relationships- that shift from best friends to spouses to just friends again. One of the biggest things I struggle with understanding is how people can go from meaning everything to each other, to meaning nothing. But this film demonstrates that it’s never as simple and black and white as that, and that development of a relationship coming apart is in ways just as important as the ways in which comes together. The film doesn’t necessarily follow the progression that rom-coms are expected to, and I have endless respect for it for doing so. It adds a sense of integrity to the film that makes it feel raw- like it understands human emotions in a way that a big Hollywood romance just doesn’t.

Rashida Jones, who also penned the script alongside Will McCormack, is the central character in the film, and is incredible in the role. As the one who initiated the break-up, she begins in the story being rather strong and frustrated at Jesse for not getting on and moving on with his life. However, as the story progresses, she has to face the reality that she’s not as over it as she initially thought she was. It’s a case of life handing you all of the bad stuff in one hit, as she has to deal with problems at work in the form of a stuck up teenage popstar (Emma Roberts). Jones handles all of these things with a sensitivity and tenacity that proved just how good an actress she is.

Alongside Jones, props must also go to Andy Samberg who is surprisingly brilliant in what is one of the only serious roles I think I’ve ever seen him tackle. Maybe it is just because I am so used to see him playing goofy characters, this tender side of him was something really cool to see, and it showed him to not be the one trick pony that I think a lot of people assume him to be. The pair have wonderful chemistry, and you can’t help but root for them to get back together, though at the same time, it feels natural that they don’t. Having both proven that they can do other things than sitcoms, I really hope that they both do more of these kinds of films in the future.

As well as a story of love, this film says a lot about friendship, and the development of the bond between Emma Roberts’ Riley and Celeste is equally special to watch. The scenes at work also provide a lot of the comic elements of the film, especially the appearance of Elijah Wood being especially camp and hilarious. As a collective actually, the cast of this film all pull their weight, and though Rashida Jones does shine far above them, they all do their best to pull their weight. 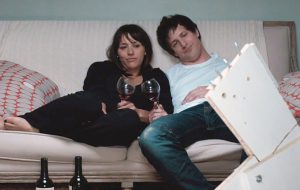 Upon its release, the film was met with very mixed reviews- some saying it is not as smart as it thinks it is, and others heralding it as a triumph. However, two things are undisputed. The first; Rashida Jones has used this film to mark herself out as a tangible, rising presence in the industry right now, and the second- this story is a picture of real life. Its writers were nominated for Best First Screenplay at the Independent Spirit Awards, and the film ran the festival circuit, so it definitely had potential, even if it is not as recognised as it should be.

Maybe it’s not the best film ever, but as I said, it’s a film that deserves to be seen. It’s a real turning point for both its main stars, and its portrayal of relationships and moving on is something  I recognise vividly from the lives of people around me. If you have ever been in love with your best friend, or know best friends who were in love, it will just makes sense to you.