Read more
You are at:Home»Film»Interview: EFN’s Erifili Missiou – A festival ‘developed by creatives for creatives.’
By Sam Pegg on May 5, 2022 Film, Interviews

Film festivals are nothing new, and slowly the list of ones people can apply for is constantly growing. So, finding the right film festival to showcase your work is competitive, tricky, and knowing the support you’ll receive can be hard to navigate. That’s why Emerging Filmmakers Night (EFN) stands as a film festival that appeals to many people across the country and internationally. Aimed at emerging talent and ‘artists at the beginning of their career”, EFN was created by those “who understand the challenges of being an early career filmmaker”. In this instance, I was lucky enough to sit down with EFN’s co-founder, Erifili Missiou, and learn what made EFN the festival that should be on everyone’s radar. 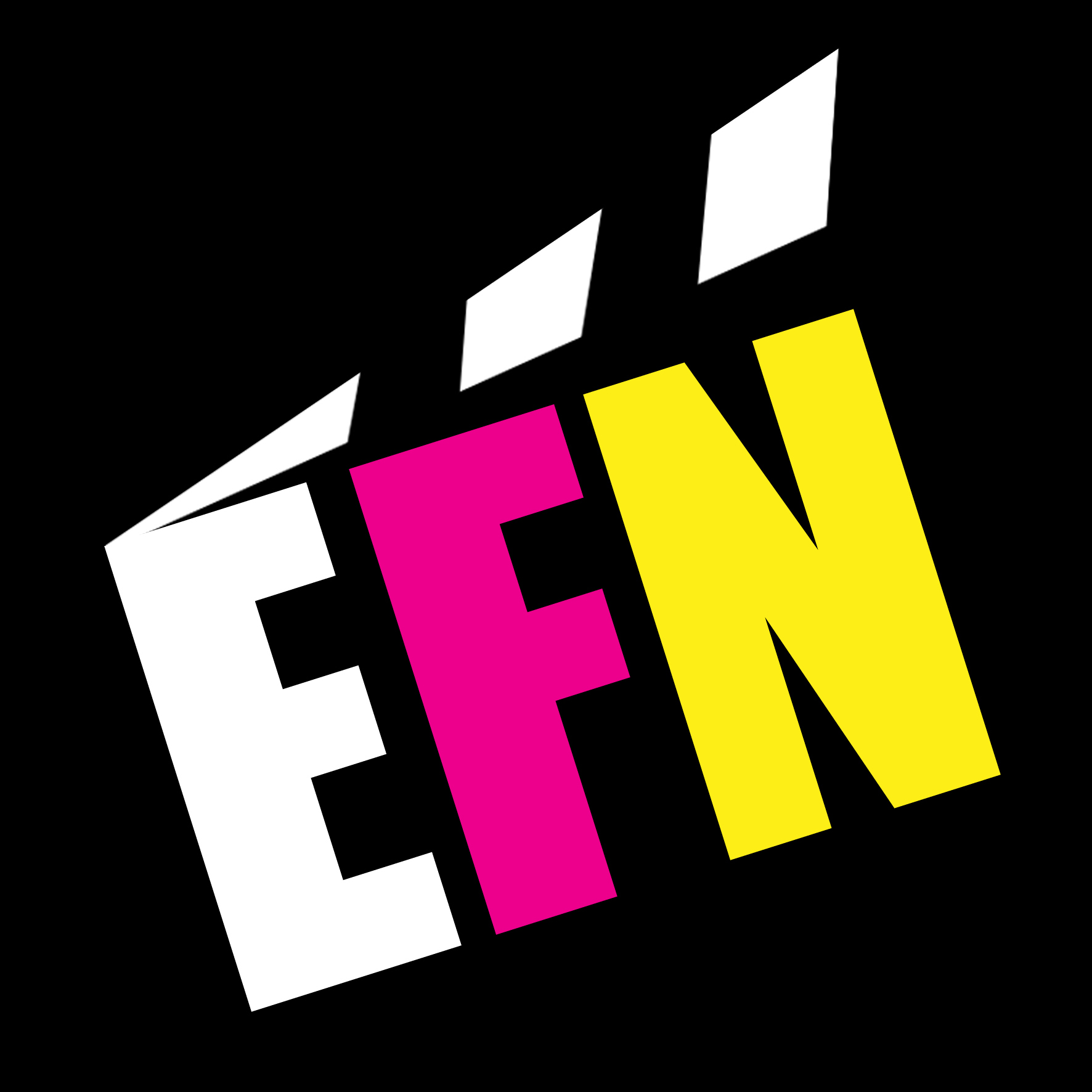 The first question that always comes to mind is what made EFN stand out among the growing list of film festivals. Missiou talked about how initially the festival ‘was created partly to provide London-based filmmakers a local platform to celebrate their work and network’, but as these things do, ‘over time, the scope has gotten bigger.’ Missiou emphasised how ‘EFN was developed by creatives for creatives,’ focusing on rewarding ‘artists at the beginning of their career’ and encouraging them ‘to carry on.’ EFN is about celebrating the work of emerging talent (much like its name states), welcoming work for ‘ALL filmmakers […] provided they haven’t released a feature film or long-form work at the time of submission.’

Missiou and co-founder, Mike Sheer, put in a lot of work to ensure EFN stood out amongst the crowd in its presence and approach. ‘EFN combines exceptional programming with a playful attitude. We are serious about our commitment to show good films – but unafraid to be entertaining,’ and that struck as refreshing and exciting for both audience members and filmmakers, using the comedic talents of Sheer to ‘consciously choose playfulness and a friendly atmosphere.’ Yet, that doesn’t detract from the great work and notoriety of EFN, and it was assured that ‘filmmakers get the attention they deserve, and the audience has the opportunity to delve deeper into their process.’ A significant difference between EFN and other film festivals is the work EFN does in spotlighting a filmmaker, actively choosing to hold Q&As straight after a film’s screening rather than having a group at the end. Missiou constantly emphasised that they valued all the great work that makes EFN a fantastic event. They pay that back by ensuring filmmakers feel valued in every respect: from the selection process to the screenings and Q&As. 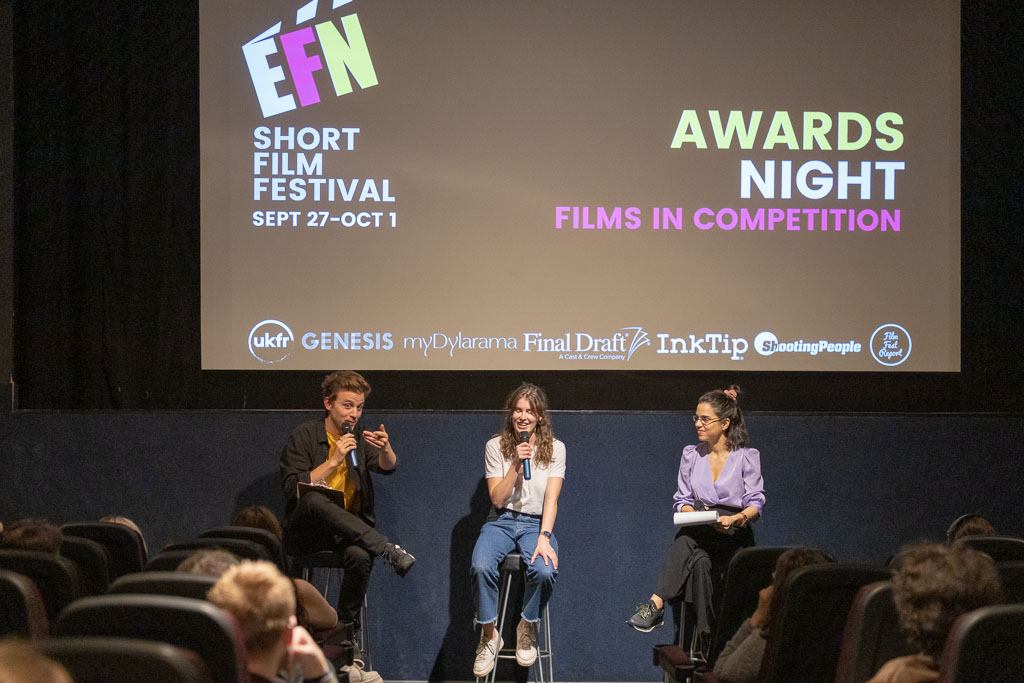 The work that makes EFN great doesn’t stop there, and when asked about how they encourage diversity, Missiou stated how ‘passionate about inclusivity and visibility’ they were. EFN certainly upholds some impressive statistics that saw 10-15% of all films they screen ‘made by a disabled filmmaker or addresses disability’ and ‘50% of films made by women and 30% by non-English filmmakers’. It certainly attests to Missiou’s statement that ‘EFN actively contributes to a healthier ecosystem in the industry,’ and their push to showcase work from all backgrounds certainly feels authentic and essential in the current world.

However, as the interview came to a close with one final question, it felt essential to consider how EFN benefits its filmmakers. Missiou talked about filmmakers’ great opportunities by choosing EFN, with ‘each edition’s winners of our Audience Favourite and The Critics’ Choice awards screened before a commercially distributed film in The Garden Cinema’. Although, Missiou assured that EFN was a collaborative festival with a ‘strong relationship with UK and international distributors as well as other film festivals’. What came across then was that EFN wasn’t about closing doors but opening them wide for any upcoming filmmaker, and that’s truly exciting. 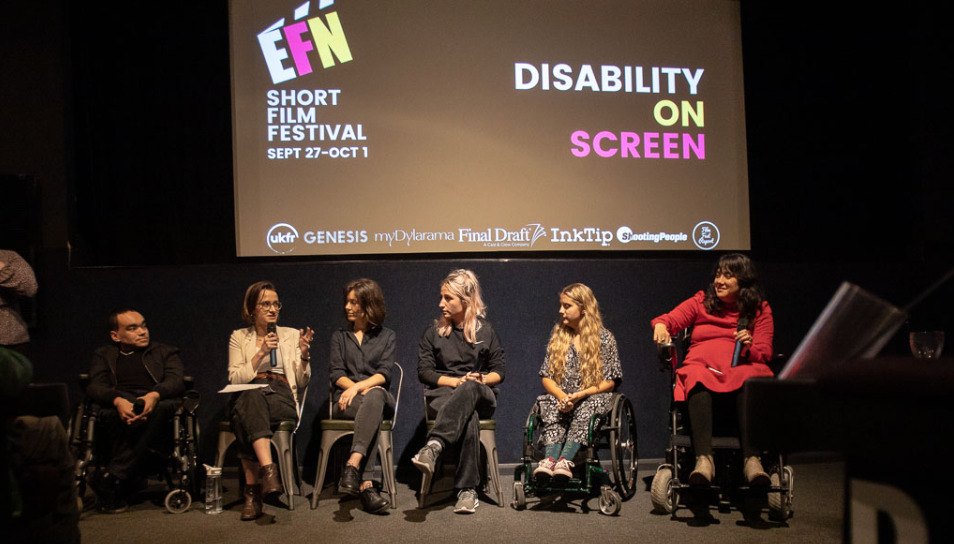 If you have a short film you want to submit to EFN, the submission deadline for regular entry is May 29th, 2022, with a later option closing on June 26th, 2022. You can submit your entry through their FilmFreeway page (https://filmfreeway.com/EmergingFilmmakersNight) via. the EFN website (https://www.efnfestival.org/).