Read more
You are at:Home»Film»Features»On Edge: Anticipating Wicked and the Future of Stage Musicals On Screen
By Oliver Picken on February 23, 2022 Features, Film

It’s fair to say that film adaptations of stage musicals have had a shaky record over the past decade. From the arguably poor vocal performances from the celebrity casts of Les Miserables (2012) and Into The Woods (2014), to the casting controversies and the axing of key musical numbers in Dear Evan Hansen (2021) and… well, everything that went wrong with Cats (2019), the difficulties of translating stage to screen have become apparent, especially in the music department. 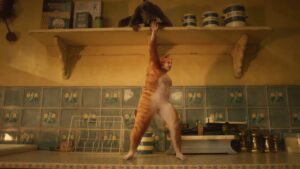 The vocal performances by the likes of Rebel Wilson (above) and James Corden may have been abysmal in Cats (2019), but director Tom Hooper was largely to blame. Credit: Working Title Films

Granted, for the majority of these films (Cats not included), the visual spectacle of seeing your favourite stage musical on screen is incredible effective, but in my opinion this can never trump the value of having solid musical and dance performances like those you will see on stage. These can only really come from performers who have spent years learning their craft and not from celebrity talk show hosts who have had a couple of months of singing lessons. Most of the time, these musical problems come as a result of directors not understanding the magnitude of the source material or indeed how live music is supposed to function at all (special mention to Tom Hooper for disregarding the importance of metric stability for the live vocal performances for Les Mis and Cats). These ill-made decisions culminate in a worse version of the musical score that pales in comparison to the original stage production.

Enter Wicked (Broadway’s second highest grossing musical) for its time in the Hollywood spotlight. Already, it has seen its own share of directorial and development issues; it was initially slated for a 2019 release, then 2021 and then finally being pushed back far into the future due to COVID. Certainly, with how engrained Wicked has become in popular culture, this is not the time to drop the ball in its presentation on the big screen and so there is no benefit in rushing it into production. 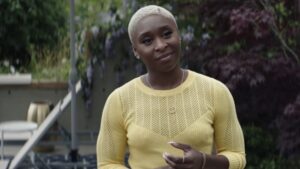 Cynthia Eviro (above) was announced to be playing the wicked witch Elphaba in November 2021 Credit: Lionsgate

There is hope though. In November 2021, Ariana Grande and Cynthia Eviro were revealed to have been cast as Glinda and Elphaba respectively. Both castings are exceptional vocalists in their own right and who have both been involved in Wicked previously, with Grande performing at the Wicked 15th Anniversary Concert and Eviro at Wicked in Concert 2021. This calms some of my concerns about Wicked; Eviro in particular has had substantial experience on stage and so is a great choice for an adaptation of a stage musical. In the director’s chair is Jon M Chu, whose previous successes with this year’s In The Heights is a good sign that Chu will be able to represent the visual spectacle of Wicked in a faithful version of the stage show. Even better news is that Marc Platt will be returning as the producer from the original Broadway production, although of course this also means that Ben Platt will be a lock in as Fiyero – you heard it here first folks!

The final piece of news is the recent announcement of an open casting call for a wheelchair-user Nessarose, one of the supporting female roles. It is great to see Chu striving for diverse and authentic casting, and the process of having an open call will hopefully result in an exceptional actress being cast in such a key role in the film.

I am quietly optimistic, therefore, for the outcome of Universal’s adaptation of Wicked to the big screen. By looking at the adaptations that have been critically acclaimed in recent times, the aforementioned Into The Heights; Tick, Tick… Boom! (2021) (directed by musical theatre aficionado Lin Manuel-Miranda) and most notably the direct stage recording of Hamilton (2020), it is clear that following the source material and understanding how musical theatre works can make all the difference in the final product. I can only wish that Wicked turns out this way; the tide is certainly changing in a post-Cats world, although ‘Goodness Knows’ there is still time for James Corden to be cast as the Wizard of Oz, and the mistakes of previous directors to be repeated.

Wicked, distributed by Universal Pictures, is scheduled for a 2023-4 release. You can view the trailer for the stage version here: