Semester one is finally underway, but don’t fret! You can still find time to chill and watch a film at Harbour Lights! In this feature, we continue to bring you news of all the latest films, special screenings, and student-friendly deals that the cinema has to offer. This week sees a number of exciting new films as well as some vintage classics.

Tate Taylor’s highly anticipated thriller, The Girl On The Train, is making its cinematic debut this week. Based on Paula Hawkin’s bestselling novel of the same name, the film follows Rachel (Emily Blunt), a woman who daydreams about an imaginary ‘perfect couple’ living in one of the beautiful homes that she sees every day from the train. But one day, as she looks through the window, she sees something shocking in the house – and later wakes up covered in blood and with no memory of why. When the news reports that a local woman has gone missing, Rachel becomes obsessed with finding out what has happened to her and, even more troublingly, where she herself was that night…

Set in New York, this charming coming-of-age film is a tender tale of teenage friendship. Brooklyn boys Jake and Tony become best pals when Jake’s parents move into the apartment above the shop run by Tony’s mother. Directed by Ira Sachs and starring the likes of Greg Kinnear and Jennifer Ehle, this subtle, sentimental look at childhood is a real delight that features some impressive first-time performances from young actors Theo Taplitz and Michael Barbieri. Read our review here.

Hunt For The Wilderpeople (12A) 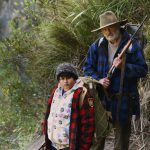 Taika Waititi’s latest comedy, Hunt For The Wilderpeople, is still available to watch this week. Following What We Do In The Shadows, this charming film follows a defiant city kid (Julian Dennison) who runs away into the New Zealand bush and survives in the wilderness with his cantankerous foster father (Sam Neill). Featuring a surreal cameo from Rhys Darby, the film has been a critical success, whipping up a storm at the Sundance and Edinburgh festivals. Needless to say, this is a must-see movie.

Bridget Jones’s Baby is still screening this week. In this latest instalment of the franchise, we find Helen Fielding’s classic character (played once again by Renée Zellweger) in yet another hapless and bizarre situation, as she falls pregnant and can’t figure out whether the father is her new American beau Jack (Patrick Dempsey) or her old flame Mark Darcy (Colin Firth). Also starring Emma Thompson and Jim Broadbent, this latest chapter of the diary will have you rolling with laughter. Read our review here.

This month’s FREE student-exclusive screening (courtesy of E4 Slackers Club) is War on Everyone; a new dark comedy/buddy cop film starring Alexander Skarsgard and Michael Pena. The film follows two corrupt cops in New Mexico who set out to blackmail and frame every criminal unfortunate enough to cross their path. Things soon take a sinister turn when they try to intimidate someone who is more dangerous than they are… Or is he? For more information on how to get in on this screening, visit the Harbour Lights website.

Mia Hansen-Løve’s understated but compelling drama, Things To Come, is also on this week’s schedule. The film follows cheerful Parisian teacher Nathalie, whose marriage to a similar intellectual breaks down following his affair with a younger woman. Although able to bear life’s burdens with philosophical fortitude, Nathalie is understandably shaken by the prospect of divorce and consequent loneliness, but gradually finds rational (if not emotional) solace with an ex-student. 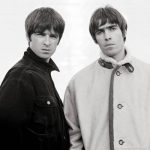 Mat Whitecross directs this much anticipated music documentary about the game-changing 90s act that was Oasis. With unprecedented access to the band’s archive, Whitecross creates a magnificent patchwork of rarities from the Oasis vault, skilfully woven together with new interviews with the band as they look back (sometimes in anger) on their experiences. The film follows the Gallaghers’ rags-to-riches journey from a Manchester council estate to the release of their first single, ‘Supersonic’. Liam and Noel speak unusually candidly about their fractious relationship and extraordinary rise to fame in the Britpop phenomenon. The screening this Sunday features an exclusive live stream Q&A with Noel Gallagher and Mat Whitecross.

There’s still some time to catch Ron Howard’s new music documentary, The Beatles: Eight Days A Week: The Touring Years. Exploring the effect that touring had on their relationships, as well as their musical evolution, the film features interviews, unheard music and exclusive concert footage from the biggest band of all time. Read our review here.

This week’s Discover Tuesday comes to you straight from the London Short Film Festival, who have distilled this year’s event into a compilation of 2016’s greatest hits, featuring works from LSFF ’16 award winners as well as other favourites, including a film newly commissioned by LSFF (spoiler alert: it’s about cats). Come and watch some of the freshest talent in UK film-making, with an eclectic mix of drama, documentary, animation, music and experimental short films.

This week’s Vintage Sunday is Alfred Hitchcock’s acclaimed thriller, Strangers on a Train. The film follows two strangers who start chatting on a train, only for one of them to propose that they commit two perfect murders by killing the individuals responsible for each other’s problems. This screening will be followed by a short film entitled A Mighty Nice Man.