Read more
You are at:Home»Features»Image versus Music: Why has Emo fallen out of trend?
By Faye Williamson on March 24, 2018 Features, Features, Records

Since the turn of the new decade, emo has become uncool. Bands have shaken off the label of emo in relation to their music. People often have a knee-jerk response to the word. Confessing you like such music results in a reaction of rolled eyes and pulled faces. It is also a touchy subject in the world of music genre as critics and fans alike often refuse to recognise it as an authentic sub-genre of rock music. Nonetheless, there was a moment in time when emo music had garnered respect and was on the fringes of the mainstream, so what went wrong?

Emo is normally used in conjunction with music that is overtly emotional, angsty and vulnerable. However, we have come to associate emo with the image of a dark and dramatised fashion statement — leaving the music as a secondary product. An ‘emo phase’ is regarded as having a sweeping fringe, draping black clothes and heavy eyeliner; we rarely consider the tracks that defined the emo adolescent period, as we’re too caught up in the more unconventional clothing choices of some fans of emo music. 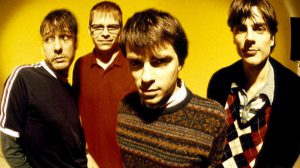 There is a struggle to disassociate the image from the genre, but originally the music was all that defined emo. Having originated in the mid-80s, emo music was sported from bands in the DIY punk scene such as Fugazi, before solidifying by prominent ’90s bands Sunny Day Real Estate, Weezer and Thursday. At this time, emo was an exciting, well-kept secret for the underground to obsess over. However, mainstream success dawned towards the late ’90s with endorsement by many Hollywood films directed towards a teenage audience. Emo was under a state of evolution in its sound, with the likes of New Found Glory and Jimmy Eat World carrying a mashup of pop punk with emo into the new millennium. Independent labels were being swapped for sister labels of big name record labels, and the potential financial success of the movement — and name — began to betray the DIY roots.

Here is the beginning of what some had judged as a problem: emo as a sellable product. The media and music industry began to play on the image of the ‘everyday guy’ in emo music, harking to an audience of teenagers who felt misled by the usual adolescent experience. It was sold as an alternative to the rise of early ’00s hip-hop and thus, making the ‘outsider’ label trendy and exploitable. Part of its commercial success was creating a visual image that fans of the genre could replicate to distinguish themselves from the dreaded mainstream. Emo was always about an alternative community, yet the authenticity was beginning to be compromised for financial success. This change of approach towards the genre was evident in Hot Topic’s shift towards creating merchandise and clothing that has become stereotypical for emo.

A range of creditable bands such as Paramore, Panic! at the Disco, Fall Out Boy and My Chemical Romance emerged into the mid ’00s scene, with high success. Yet, their image was emphasised – a review of older photoshoots of these bands illustrates labels’ obsession with maintaining an emo ‘look’. The sound of emo continued to change and an embrace of hybrid genre led to the slow decay of the post-hardcore-influenced emo sound that started it all off. As the decade closed, many bands inevitably branched out into other genres or sadly split up.

Like many things when they are commoditised, their popularity fades and is replaced with the next trend. The image for emo was no longer desirable, instead left for early adolescent emo phases which later would be grimaced and laughed at. Unfortunately, the tight synonymy between the image and the genre meant that the music declined in popularity alongside the look. What was considered the gateway to an alternative has now been replaced with the rise of the hipster, attached to specific branches of indie music. The indie genre, like emo, has become partnered with a specific image which at times takes away the importance of the music.

Quintessential emo bands still exist and bring with them an array of brilliant songs, but for the most part remain underground. Current examples include Basement, Foxing and Turnover. Emo has not disappeared, nor has its fanbase. The reason is that the pure basis of emo was to provide vulnerable expression through music. The images brought with the genre mean very little in the history of the genre.