This week saw Dua Lipa crowned Queen of the Charts, with her latest pop banger ‘New Rules’ earning the songstress her first number one. This alone is incredulous – her highest charting single to date is her Martin Garrix collab ‘Scared To Be Lonely’, which bizarrely failed to even penetrate the top ten – but more shocking is that Lipa is the first female solo artist to make No. 1 since Adele in 2015. That’s nearly two years. Since Brexit, since Theresa May, since Donald Trump, no woman has claimed victory over the UK Official Charts. But is this some bizarre fluke, a sign of a dysfunctional charting system, or a wake-up call about gender and popular music? 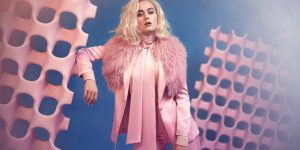 Let’s start by affirming one thing: the ‘solo artist’ is an increasingly dying phenomenon. In 2017 most songs include a featured artist (usually Quavo). If we ignore the ‘solo’ aspect, a woman was at Number 1 just last week, with Katy Perry being one of four artists contributing to Calvin Harris’ ‘Feels’. (Not-Fun Fact 1: The other two were men. 80% of the guest artists on Harris’ Funk Wav Bounces Vol. 1 are male.) Women appeared either as a member of a band or as a featured artist in five of 2017’s No. 1s. Other than Dua Lipa’s ‘New Rules’ and Ed Sheeran’s ‘Shape of You’, every single chart topper of 2017 has featured more than one vocal artist. The future is here, apparently.

But despite the unarguable death of the solo artist, most songs do have a lead artist, and a female-fronted single hasn’t achieved the top spot since the tail end of 2016 when Little Mix put ‘Shout Out to My Ex’ at No. 1 for three weeks. (Not-Fun Fact 2: They were the only all female group to get there since Icona Pop in 2013.) For most this is a surprise, especially considering the calibre of female talent out there. Where’s Lorde? ‘Green Light’ only got to No. 20. Rita Ora? ‘Your Song’ peaked at No. 7. Zara Larsson, HAIM, ALMA, Selena Gomez, Hailee Steinfeld, Anne-Marie – the list of women that failed to hit the top spots in 2017 is long and disturbing.

Then again, most of that talent has one person to blame – Ed Sheeran. ‘Shape of You’ reigned the chart unchallenged for thirteen weeks from 19th January to 13th April, before returning for a lap of honour a week later on 21st April. That’s almost half of the possible No. 1s in 2017 attributed to one man. Then Justin Bieber and Daddy Yankee’s ‘Despacito’ claimed No. 1 for six consecutive weeks over the summer. The Official Charts are losing validity by the second. 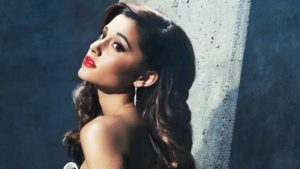 So are they flawed in a way that excludes women from championing them? It’s debatable. The Official Charts have changed dramatically since the introduction of streaming, meaning multiple listens control where a song charts rather than single purchases. Though Bieber and Sheeran’s repeatedly streamed songs obstruct their rivals from the top spot, there’s no reason that female artists can’t make a similar success out of a flawed system. It’s not as if the biggest female artists aren’t releasing singles either; the last two years have seen the likes of Rihanna, Beyoncé, Katy Perry, Sia, Ariana Grande, Demi Lovato and many many more showcasing new, critically acclaimed music. But none of them have reached Number 1. (Not-Fun Fact 3: Another shocking discovery made during my research was that Taylor Swift has never had a UK Number 1. ‘Shake It Off’, ‘Love Story’ and ‘I Knew You Were Trouble’ all peaked at two; if that’s not a sign of something being wrong, I don’t know what is.)

Why is this? Are our streaming habits geared towards male artists? Perhaps a male vocalist is simply more appealing to the ear? I don’t think so. There are massive issues with the promotion of female artists, both in America and the UK. An increasingly worrisome trend is that male artists seem to be teaming up with other men for their singles – Calvin Harris and DJ Khaled‘s recent releases contain hives of featured male artists but very few women. Don’t get me started on some of their degrading lyrics, either. Here’s an extract from Drake’s 2016 mega-hit ‘Hotline Bling’, for instance:

“Used to always stay at home, be a good girl / You was in a zone, yeah / You should just be yourself / Right now, you’re someone else”

Objectification, marginalisation, general misogyny; you name it, the songs making up the Official Charts have got it. It’s a massive issue to be examined more another day. Returning to promotion, live music is no better. I’ll leave you with a fourth and final ‘Not-Fun Fact’ about something all music lovers treasure – Glastonbury Festival. In the 21st Century, Britain’s leading festival has seen forty-two headliners, just three of them being female (Beyoncé, Florence & the Machine and Adele). It’s a similar story at every turn – Reading & Leeds, Isle of Wight, British Summertime.

The absence of female artists from the Official Charts’ top spot is a worrisome combination of two wider issues. While the music industry has trouble with its promotion of female artists, streaming services warp the Charts so only the biggest names hold the top spot. As Dua Lipa finally puts an end to this unfortunate trend, it’s time the music industry got some ‘New Rules’.