Hogwarts has definitely taught us more than Transfiguration or Charms; it taught us a kind of Defense Against the Dark Arts that we can apply in our everyday lives. Friends, family, morality, self-confidence… you name it, and the Harry Potter books will have a valuable lesson about it.  As proud members of Dumbledore’s Army, some of our writers have come together to talk about what they have learnt during their journey in the Wizarding World, which has just turned 20 years old.

When presented with this question, my head instantly went to a small part of Harry Potter and the Half-Blood Prince – the scene where whoever brews the best Draught of Living Death potion amongst Harry’s class will win a vial of Felix Felicis, a luck potion. Molten gold in colour, it can cause giddiness and recklessness when overused and most prominently, was believed by Ron to have been put in his pumpkin juice by Harry before his first Quidditch game. In fact, it wasn’t – Ron just thought it was, and had a fantastic game anyway.

This idea is something that’s stuck with me ever since I’ve seen it (to the point of having a tattoo planned around it). As someone who over the years has had so many ideas of ‘if I do this I’ll be lucky in this’, even having a specific pair of giraffe-printed socks that I was convinced were lucky for exams, I eventually realised that I was the one in charge of my own luck. In the Wizarding World luck can be made with a potion, but as mere Muggles, we have to make luck for ourselves, just like Ron did. Believe in yourself.

It is a common misconception that Harry Potter is the hero of the Harry Potter franchise.  Granted, he was the one holding the wand when Voldemort’s curse rebounded, and, granted, he sacrificed his life for the cause (even if he did come back a little bit later). However, it was a mother’s love that led him to victory, and the consequent triumph of good over evil.  For it was his mother who sacrificed herself when he was a baby so that Voldemort’s curse rebounded, and the mark of her love that allowed him to defeat Voldemort when he was 11.

And once Harry sacrificed his life during the Battle of Hogwarts, it was Narcissa Malfoy’s love for her son that let him fake death on the floor of the Forbidden Forest, as she lied to Voldemort for a chance to keep her son safe.

And it was Molly Weasley’s love for her children that gave us her iconic battle cry, ‘not my daughter, you bitch!’, and the defeat of the last Death Eater standing, Bellatrix Lestrange.  In my humble opinion, it is the power of a mother’s love that is the true hero, in the books and in life.  Never underestimate it.

Friends Come in All Shapes and Sizes 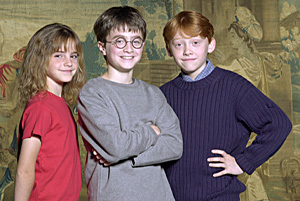 Harry Potter, Ron Weasley and Hermione Granger. The Golden Trio – aka one of the most iconic literary friendships seen in a while. The amazing thing about these three is that all of them are completely different, and yet they need each other so much. It is their differences that make them work so well together, in fact. Of course, were the circumstances different, perhaps these three would not have been friends. Hermione wasn’t even their friend at first, but of course “there are some things you can’t share without ending up liking each other, and knocking out a twelve-foot mountain troll is one of them.”

I think the power of friendship is a key theme of these novels, and the way in which these three look out for each other throughout teaches a really important lesson. It teaches that you don’t need to have everything in common to be good friends with someone; in fact, your differences will only serve to help you support each other better. As long as you constantly love and support someone – you are being a good friend.

It’s not just these three: the other friends they care for are also symbols of how important it is to spend time with people who are different than you. Find the Lunas and the Nevilles and the Ginnys in your life. Treasure them.

Home Is Where The Heart Is

Leaving home can be daunting, even for Harry Potter, despite having an abusive childhood. But the embracing nature of Hogwarts soon led Harry to realise where his home truly was – wherever the people that loved him were. Adopting Ron and Hermione as his pseudo-siblings, Albus Dumbledore as a wise old grandfather, McGonagall as his strict grandmother, and Snape as that weird uncle you sort of hate but is working in your best interests really, Harry found a family and a home at wizarding school.

It’s an important lesson in life; surround yourselves with the people you love and let the magic happen ‘cos, regardless of the place, it’ll soon become home to you. Just try to pick a safer place than a creepy Scottish castle with trolls in the bathroom and aggressive trees in the garden.

Happiness Comes from Within 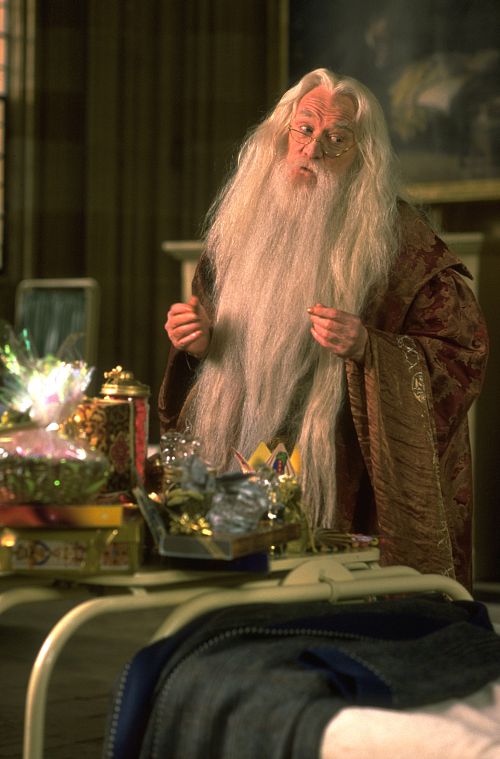 For me, Harry Potter represents holding on to hope in the face of fear, and not letting your own insecurities bring you down. It’s about battling and finding strength in yourself. Dumbledore’s famous quote says it perfectly: “happiness can be found, even in the darkest of times, if one remembers to turn on the light”.

Harry looks for love and friendship in the Order of the Phoenix. Hermione and Ron’s relationship develops through all the horrors they are placed in. Happiness wins out, but that happiness comes from within.

The message may sound cheesy, but it connects with me when I had to battle through anxiety, and the biggest enemy was my own inability to see the ‘light’ through the darkness. Harry Potter teaches us to search for the light, and that darkness can always be fought. That’s something we all need to hear sometimes.

“You were named for two headmasters of Hogwarts. One of them was a Slytherin, and he was probably the bravest man I ever knew.” This quote, a piece of encouragement Harry gives his son as he’s daunted at the prospect of being sorted in Slytherin, is the most important lesson Harry Potter taught me.

People can’t be sorted into four neat categories like the other books suggest – we shouldn’t hold prejudice. The characters are complex – they all have their flaws and their own redeeming features.  Snape shows Slytherins can be just as kind and self-sacrificing as Hufflepuffs; Hermione shows you don’t have to be a Ravenclaw to be smart, and even Harry’s father demonstrates that Gryffindors can be cruel. The world doesn’t fit into four categories and neither do the characters of these novels. The final books put Snape in a whole new light for me and taught me that how you perceive a person is not necessarily an accurate reflection on their personality.

Don’t Be Afraid to Speak Your Mind 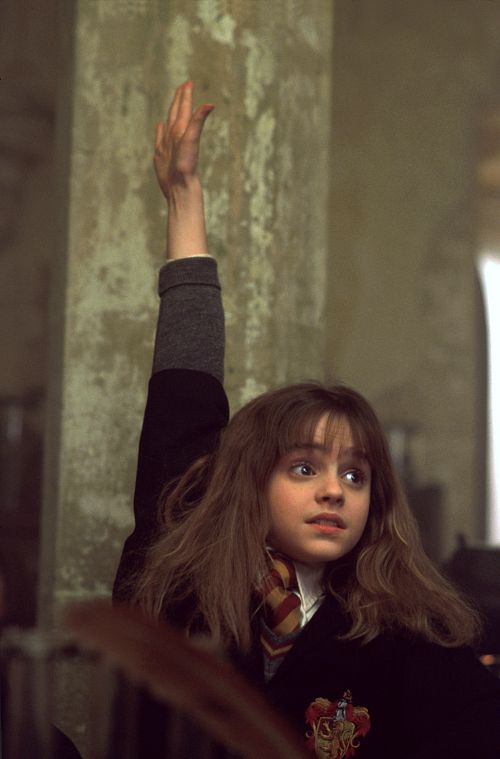 The Harry Potter books have been inspiring me in every possible way since I was 6. The one lesson which stood out, however, is that everyone is special; no matter how different, no matter how far off from the idea of ‘perfection’ we’re all constantly exposed to.

Although Hermione Granger is not your usual female lead character, she’s definitely one of the best. While she is indeed ‘the brightest witch of her age’, she’s also flawed – she’s bossy, she’s stubborn, she’s impulsive. Yet she always speaks her mind (to everyone’s benefit), unafraid that people might judge her (that was a mistake, Ron

), unafraid of being smart and proving people she has the right answer to all their questions. And because of her confidence, she saved Harry, Ron, and the world multiple times. As Ron memorably said, “we wouldn’t last two days without her!”

I’ll always look up to Hermione. Whenever I’m afraid of speaking up because of what others might say, I think about her. Who knows, maybe what I have to say will save the world.

I am a third-year computer scientist. As a lover of fantasy and massive bookworm, when not behind a screen I can be found with my nose in a YA novel or attempting to write something. I'm a tragic cook but a pretty keen coder. Can be found on Twitter @hannah_dadd .