Read more
You are at:Home»Features»Audrey Hepburn: From Beauty to Humanitarian
By Becky Walsh on April 10, 2017 Features

Audrey Hepburn is best known for being one of Hollywood’s most successful actresses and for her unfaltering beauty as a model. Her elegance and grace made her a worldwide style icon, and she still remains so today. However, little do we hear of her efforts as a philanthropist. Audrey lived by the philosophy of putting others before herself; ultimately she became a Goodwill Ambassador for UNICEF in 1988, devoting the rest of her life to the organisation.

Born on 4th May 1929 in Brussels, Belgium, Audrey enjoyed a privileged childhood; travelling from Belgium, to the Netherlands, to England. After her father, Joseph Victor Hepburn-Ruston, abruptly left her mother, Ella van Heemstra, the mother and daughter settled in Kent, England in 1937. During the Second World War, the pair relocated to the Netherlands, where Audrey flourished as a ballet dancer despite the oppressive conditions from living under Nazi rule.

She made her stage debut in the musical High Button Shoes in London, and made her film debut in the same year, in Dutch in Seven Lessons. Audrey supported her career by working part-time as a model, through which she was increasingly recognised by film producers.

After little success in England, Audrey left to pursue the American Dream and swiftly gained prominence there due to her star performance in Roman Holiday. The film was an enormous success, winning her an Oscar for Best Actress. Her performance in Sabrina earned her an Academy Award Nomination, and for Ondine, she was awarded the Tony Award for Best Actress. She starred alongside her husband Mel Ferrer in War and Peace, showcased her dancing abilities in the musical Funny Face, and acted in The Nun’s Story, earning her another Academy Award nomination.

But Audrey reached the peak of her career in her performance as Holly Golightly in Breakfast at Tiffany’s, where she became one of the most iconic characters in 20th century American cinema, setting new standards for glamour and fashion. For this she received her third Academy Award nomination. 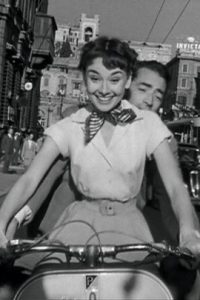 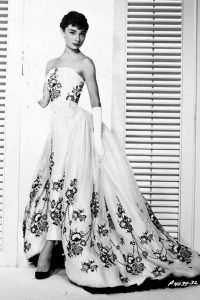 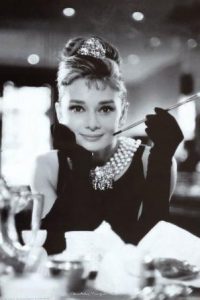 In 1988, Audrey became a Goodwill Ambassador for UNICEF and she dedicated the rest of her life to helping impoverished children in Africa, Asia and Latin America by working in the field, nursing sick children and spreading awareness of the conditions of these nations. Although she’d had a privileged upbringing, she was empathetic to those in poverty and did all she could to help.

Her first mission was to Ethiopia; where she witnessed the effects of famine, visited UNICEF emergency operations and gave dozens of interviews around the world about UNICEF projects. She also visited Turkey, Venezuela, Ecuador, Guatemala, El Salvador, Bangladesh, Thailand, Vietnam and Sudan. She was involved in providing food and drinking water, training programmes for women, projects for children on the street and improving schools. Her heartfelt account of her experiences from Somalia in 1992 drew the world’s attention to the famine and warfare there.

Audrey worked tirelessly for the organization, and President Bush awarded her with the Presidential Medal of Freedom in recognition of her work. She was also given the Screen Actors Guild award for lifetime achievement.

In 1992 Audrey was diagnosed with a rare appendicular cancer and she passed away on 20th January 1993 in Tolochnaz, Switzerland. Audrey’s legacy has remained long after her death. She was a woman of breath-taking beauty, pure talent, and true compassion. 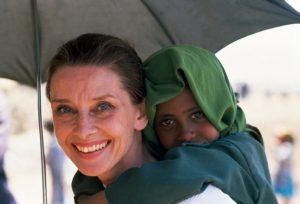 “How shall I sum up my life? I think I’ve been particularly lucky.”

Third year History student at the University of Southampton.