Read more
You are at:Home»Features»‘Come on Rude Boy’: The sexualisation of modern music
By Bruno Russell on August 25, 2016 Features

In the last decade or so, music has become increasingly sexualised. From Rihanna asking the ‘Rude Boy’ to step up, Ariana Grande asking to ‘Let Me Love You’ and Nicki Minaj saying her “Anaconda don’t want none unless you’ve got buns hun”, we can’t escape the sexual advances in modern day pop culture. But what really is so problematic about this increasing sexualisation?

It would seem that these powerful sexual advances are driven by female empowerment: women assert their own sexuality and take control of the power-play in the bedroom. But is it really having this effect? Recent research, conducted by Dr Justin Coulson, found that in reality “These female artists are selling the message that women are nothing more than accessories. Women are only of value as sexual objects. My daughters and your daughters are taught to conform to this narrow sexualised, unhealthy norm.” Essentially, women are becoming the sexual objects of men. 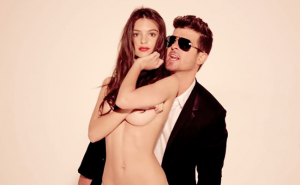 When Rihanna, therefore, declares that ‘Bitch better have my money’ she does little to declare female power, and more to enhance sexual stereotypes that leave men feeling they have the upper hand. Due to the influential power of music, this is extremely damaging; this image inevitably  becomes ingrained in society’s psych. Of course, not only women sexualise themselves in their music. We all recall the famous ‘Blurred Lines’ lyrics and video stereotyping male fascination in the female body. But this stereotypes men as the sexual predator and they are very rarely shown as being submissive to women. Thus seeming to only reinforce the notion of men having the upper hand. Of course there are other knock on effects: this type of male sexualisation likely shapes and moulds societal ideas of masculinity that then affect men who do not adhere to it. ‘Camp’ men can therefore feel isolated from the male community because of its obsession with linking the ‘hard’ man obsessed with women to some kind of ‘proper’ masculinity. Perhaps this helps explain why ‘camp’ men often favour female artists, and gay clubs play more female music than male music; stressing this norm. It’s some kind of musical revolt but one that in reality is only acting within the stereotype boundaries (and could, potentially, be part of the reason the gay male community is more likely to have the epithet ‘slut’ assigned them than the straight male community). 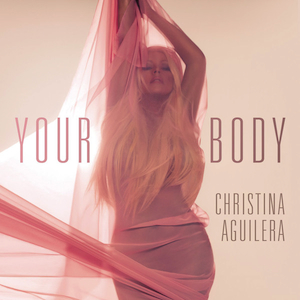 A more central problem, however, is that an increased number of male orientated music sexualises women in a derogatory way and gets away with it under the guise of creativity. ‘Smack That’ by Akon and ‘Loyal’ by Chris Brown are perfect examples of songs that portray women as the sexual play thing, but somehow pass as acceptable in current society – and indeed are promoted and danced along to by men and women alike – because its music, it’s an ‘art’. But what this does is subconsciously enforce a view in the male community that this type of behaviour is okay when projected into reality, not helped by the rising trend of male domination in the bedroom (as a form of BDSM) which is perhaps itself a result of the increased exploration of sexuality in our every-day music. Even women sometimes reinforce this, if we cast our mind back to Christina Aguilera’s ‘Your Body’ where men “don’t need no key, I’m unlocked… and I won’t tell you to stop”. It’s creating this picture that women are ‘easy’ and the play thing of men. Of course, many women rightfully stand against this image, but why then do we allow music to hold this view and express it in contemporary society. Surely we are shooting ourselves in the foot?

Research, conducted by the American Psychological Association, also links sexualisation to eating disorders, low self-esteem and depression. This shows that this type of sexualisation is not only damaging in terms of enforcing gender stereotypes, but are actually affecting people’s physical and mental wellbeing. Women feel they have to be thin and look like Ariana Grande otherwise they are ‘lesser’ and not alluring to men, leaving them prone to anorexic type illnesses. Equally, if they fail to “live up” to this image set by music they then can feel depressed or uncomfortable in expressing their sexuality. Music teaches us that women have to be sexy for men to be ‘Into You’. 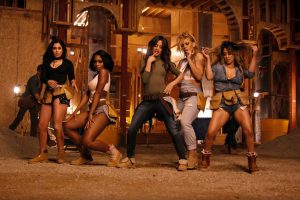 The other reason for this increased sexualisation is that sex sells! The recent most popular club and chart music – making thousands of pounds – has become known for its ability to be slut dropped or twerked along too. Thus the likes of Fifth Harmony, Beyoncé, Pitbull and Flo Ride fill our clubs and make us lower our hips. This also then reflects a more recent youth culture than enjoys a more flexibly lax attitude to sexuality through dancing than previous generations have allowed. This type of music is, in some ways, the modern generations stand against the sexual constraint of previous generations, which is put on us as children. It’s us declaring our sexuality. This, it all seems, is a good thing (depending on your views on the current attitude to sex amongst youngsters). The point is that this can be done in a healthy way: Fifth Harmony manage to create ‘slutty’ music without needing to objectify women as sexual objects or refer to explicit sexual references (think ‘Work from Home’ or ‘All in My Head’). Rihanna, and similar artists however cannot, and rely on sexual imagery (think the lap dancer imagine of ‘Pour It Up’) to create this idea. Perhaps we can have sexualisation in music by its beats without needing explicitly objectifying lyrics?

This is all left to be seen. But at the moment we can say that there is problem, and it seems something needs to be done about it before it gets completely out of hand.