Read more
You are at:Home»Features»Albums to get excited for over the summer
By Georgia Jackson on July 13, 2016 Features

2016 has already been a year of great music, including new albums from The 1975, Beyoncé, Catfish and the Bottlemen, Drake, Rihanna and many more. However, there is even more good music yet to come. Some of our favourite artists still have new albums waiting in the wings, most of which will likely shoot straight to the top of the charts. From R&B, to pop and rock, we are truly going to be spoilt with new music in the upcoming months and I personally can’t wait. So stop listening to Beyoncé’s ‘Lemonade’ and Drake’s ‘Views’ for just a minute, and take a look at three of the most exciting new albums that are coming soon.

Following Tom Delonge’s exit from the band last year, Blink-182 have just released their seventh studio album, California. Including their debut lead single ‘Bored to Death’, Hoppus claims the record is full of ‘sing along melodies and sing along choruses’ – which is just what we like to hear! Who doesn’t love a good old sing-along and a catchy lyric? Blink’s new album isn’t a huge departure from their usual sound and is filled with classic Blink sounding songs. ‘All the Small Things’ is always a crowd-pleaser and this album is filled with many more.

California is out now via BMG. 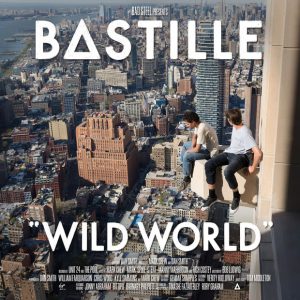 Since the release of their first debut album Bad Blood in 2013, Bastille have truly taken the world by storm. Spending two years on the road and gigging at over 20 festivals, the Bastille boys – Dan, Kyle, Chris and Will – have not stopped. So it seems truly incredible that they have managed to find time to produce their new upcoming album Wide World, due to be released this summer. Dan Smith, the lead singer of the band, claimed that the moves the group have made with this album are ‘bigger and bolder’ than ever before. He describes the music in this album as ‘experimental and tireless’ claiming that if they wanted to use ‘ridiculous quotes from 70- sci fi films, we would’.

So clearly, Bastille’s upcoming album is set to be a daring and adventurous one that will be full of some unexpected surprises for listeners.  However, only time will tell if it will be as successful as their first album. I personally can’t wait to listen to it. Let’s just hope, that at it’s core the record will still retain that distinct Bastille vibe.

Wild World is set to be released on 9th September 2016, via Virgin EMI. 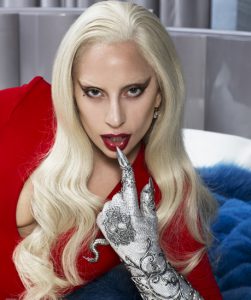 Now finally, the album that I am most excited for is Lady Gaga’s fifth studio album. Although the title of the album and its release date are currently unknown, a new album from Gaga is definitely on the horizon. After the flop of her last album Art Pop, which was released in 2013, Gaga is set to make a big comeback. Fans of The Fame Monster will be pleased to know that Gaga has been working with producer RedOne, who previously helped her produce the hit tracks ‘Bad Romance’ and ‘Just Dance’, for this new album.

As well as this, Gaga has also been working closely alongside the songwriter and producer of the smash hit ‘Uptown Funk’, Mark Ronson. The two of them covered The Talking Heads’ ‘Burning Down The House’ together at the Met Gala after-party. So with Mark Ronson’s influence, it’s possible that a duet may be something to look forward to on the album. All I know is that whatever Gaga has in store for us, it will be super, crazy and absolutely awesome.