Read more
You are at:Home»Features»“Blissfields is so cute!”: An interview with Frances at Blissfields 2016
By Laura Cox on July 10, 2016 Features, Interviews

Having been nominated for the BRIT critics’ choice award and BBC sound of 2016; it’s pretty clear that people have high expectations of Frances. The 23 year old singer from Newbury has slowly been garnering more and more attention; and deservedly. When at Blissfields I spoke to Frances after her set on the main stage.

Hello! How have you found the festival so far?

Blissfields is so cute! After being at Glastonbury, which is this times a thousand; it’s so nice to come to a little festival!

Aside from Glastonbury, do you have any festivals that are a must that you go to each year?

I’ve never really been much of a festival goer! I don’t know why. The ones I have been to are more like this – really small, that’s kind of more my thing. I don’t like huge crowds. But going to Glastonbury for the first time has changed me a bit as I kind of loved it!

I think what was good about Glastonbury was that I wasn’t on huge stages. It was almost quite similar to this, in that I could hear what people were saying! I could interact with people which was really nice, especially because people were seeing me for the first time. It’s nice to be able to chat to people and go and meet people afterwards.

So, like The Edge, you’re from the south of England. What did you think of the music scene here, or did you find that you had to go further afield? 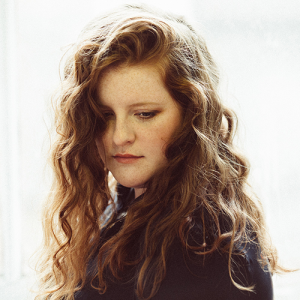 When I was in Newbury, I was here until I was about 18, but I was doing a lot of classical music. It was great for that. I was always doing music, everywhere! There’s this really cute little hall where an amazing guy set up a thing called Ace Space, which is a night every month where you could come along and just play. I did that a few times, and that was great. Then I went to university in Liverpool, which is where I started gigging properly. I then came to London. I really want to go back to Newbury and play a gig there, that would be cool.

What would you say has been a highlight of your career, or is there a moment you’re particularly proud of?

Glastonbury was a big one. It’s such a huge festival, it’s just mind blowing to play there. I played Coachella in LA which is also mind-blowingly huge! And the fact that it’s on the other side of the world – it’s just crazy! That was the moment I was like ‘oh my!’.

Do you think that things have accelerated since your BBC Sound of 2016 and Brit’s Choice nomination last year?

It’s all exposure to people who had never heard my stuff before, but listen to Radio One. Their support is really cool. Things have moved quicker since then, definitely.

So you’ve just finished your album. How did you find the process of making it?

It was interesting because I was co-writing for the first time, so writing with other people, which I’d never done before. The first couple of times I wasn’t really that into it, but actually, after you let your guard down a bit, it’s really great. Also, writing your first album – it’s everything I’ve written since I first started writing songs. It’s kind of weird! I’ve been doing the main writing for it for the last couple of years. I think with your first album you kind of have more time than the second or third – I don’t know, I’ll see what happens when we get there! It’s been fun.

What are your plans after the summer festival season?

This summer I’m doing loads of festivals. I think I’ve got one every weekend, which is crazy! It’s great, it’s going to be so much fun. My album is going to be out at the end of summer, into autumn, so that will be a really crazy and exciting time, so I’m getting ready for that.

Check out Frances at her official Facebook and Twitter pages, and watch a video of her set at Glastonbury below: