Read more
You are at:Home»Features»“Your body and your head are completely on opposite angles”: An interview with Jamie Lawson at Common People
By Xavier Voigt-Hill and Toby Leveson on June 3, 2016 Features, Interviews

Jamie Lawson can’t have been expecting the last 12 months. The 40-year-old from Penzance was thrust into the spotlight with a self-titled album that debuted at number 1 off the back of ‘Wasn’t Expecting That,’ a single that originally hit the Irish charts in 2011, being the launchpad for Ed Sheeran’s Gingerbread Man Records. A couple of hours before his main stage performance at Southampton’s Common People festival on Sunday, we joined up with our friends at Surge Radio and SUSUtv to meet the man and discuss our mutual adoration of Mr. Motivator.

This is the first weekend of festival season. How excited are you for it?

A lot, actually! We did the first one yesterday in Oxford and I think that was OK. I think we got away with it! Now it all begins.

After a couple of weeks building up to it, is it a good feeling once you get the first one out of the way?

Yeah, I think so. I was a bit nervous yesterday [on Saturday] and quite quiet all day. It was the first time we’ve done a festival with our band so I’m more looking forward to this one in a way today, just because that’s done and I get it. I know what to do now.

You tweeted earlier that you hoped to get here for Mr. Motivator. Did you catch him in the end?

Well…because I didn’t! It looked amazing and he got the crowd going. It’s cool!

It’s quite well documented that it took you a while to get to this point in your career. You released ‘Wasn’t Expecting That’ back in 2011 for the first time. Was there ever a moment where you thought you were going to pack it in?

No, never. There was a point where I thought I’d missed the chance, when ‘Wasn’t Expecting That’ had hit in Ireland and not crossed the water, come to the UK, and gone to the US. I thought I’d missed the boat somehow, but that didn’t stop me still writing songs and still wanting to get songs out into the world. I didn’t expect Ed Sheeran to come along, say that maybe we should put a record out, and that song should be the one that we go with, so that was a strange route. That’s not in the guide book!

How is Ed as a mentor? Obviously he’s quite a bit younger than you. Was it a bit strange, almost, with him directing? He’d also never done anything like that before, as you were the first person put out on his record label. I guess that’s something you’re both going to cherish for several reasons.

Yeah, absolutely. For me, it’s just a huge boost to my confidence for someone as big as him to say you have what it takes, your songs are good enough, and I’m going to launch a record label on your songs. That’s massive. For him, his first artist has had a number 1 record and has got an Ivor Novello award for songwriting, and that shows he can pick people. For both of us, I think it’s been an incredible year in terms of me, if that makes sense. 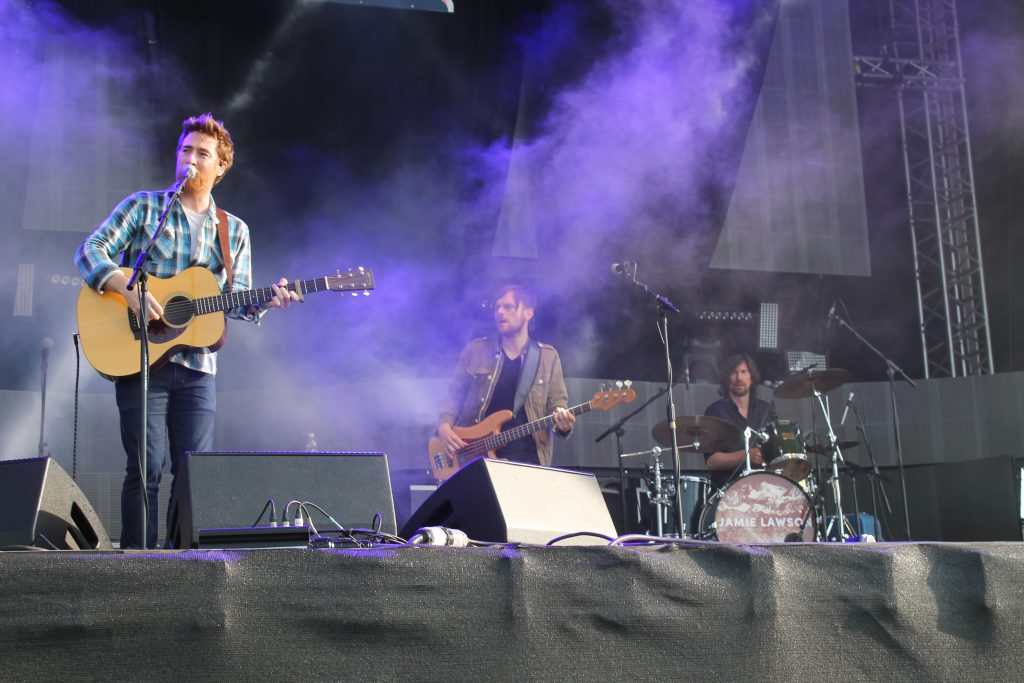 Since the release of the album, which obviously went to number 1 over here, you have been super busy touring around the globe. Am I right in saying you’ve been to Australia twice in the past year? How has that all been? It must have been a massive step up in gear.

It takes a bit of getting used to, and I’m not sure you do get used to it. There’s a lot of strange headspaces where jetlag just decides to stay and doesn’t quite know where you are. Your body and your head are completely on opposite angles and stuff. It just feels all very strange. You know, it’s all pretty incredible with these things that I’m getting to do and the people I’m getting to play to, so it’s definitely all worth it. I’ve done Australia this year, I’ve done the US twice, and I’ve done Europe as well. We’re only just hitting June now!

Have you had a favourite place that you’ve been to?

Not really! I really enjoyed the US this time, the second time round. It was good to go and play and have people come out to see me. I was on tour with Vance Joy earlier in the year, so it was good to go and do it myself. New York’s pretty cool. It’s New York, so I don’t mind going there.

Since the album, your profile has shot up. Have you been recognised in public over here?

No, I can go out and walk around everywhere. I don’t get noticed at all.

Has anyone ever asked you for a ridiculous selfie, or has anyone actually thought you were someone else?

No, I’ve never had that. I get asked for selfies at shows, but nobody really knows who I am, I don’t think.

Well, that’s ruined that question! Is that good? Do you prefer that?

It depends if I’m still going to sell records! I quite like the anonymity of it, but obviously I want to sell records so I wouldn’t mind people knowing at least the music. Hopefully they know the music!

Politics student and head of all things musical at Surge Radio. Doesn't understand youth culture. Refers to himself in third person (he doesn't really).