Read more
You are at:Home»Features»Pussy Riot and Madonna; the highs and lows of politics in music
By Daniel Flynn on August 23, 2012 Features

I could write about how Pussy Riot are brilliant. I could write about how, in getting jailed for two years for their protests against Vladimir Putin’s Russian government, they are the defining protest band and a symbol for how dedicated and passionate people can be towards a cause. But that would be boring. Instead, I feel like attacking a middle-aged woman.

Almost immediately after the band’s sentences were read out, pop-queen Madonna stood up onstage, her pedestal if you like, and told everyone listening that Pussy Riot’s imprisonment is “inhumane”. On its own there is nothing wrong with this. She, like a number of other music-makers, was simply showing support for fellow musicians in need, but when you look deeper into it, this is just the latest in an almost constant string of unwanted political interventions that span her career.

Recently, on a chat show, Elton John advised Madonna that she should “just be a great pop singer and make great pop records” usefully adding that “her tour has been a disaster and it couldn’t happen to a bigger c**t”. Whilst I think Elton John is a little harsh in calling her a “c**t”, I think he highlights a useful point that not just Madonna, but a huge amount of artists need to take heed of: you got famous singing catchy songs about love, no one gives a shit about your political opinions. 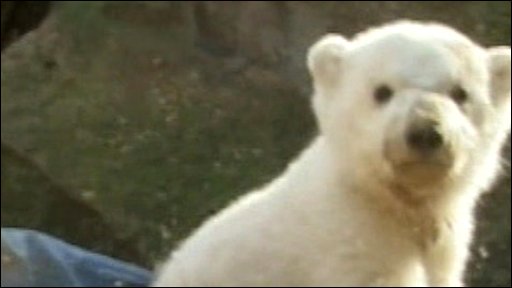 Unless he meant Knut…

Undeniably, politics and music have always gone hand in hand. However, I’m not talking about artists such as The Sex Pistols, who have been extremely successful through being defined by their political standpoints; we are all hugely aware that if you think Rage Against The Machine are going to do what you tell them to, then you are very much mistaken. I’m talking about artists like Madonna, who, after building an image and reputation on non-political grounds, suddenly feel like they have to get involved in every political cause under the sun.

One only has to look at Madonna’s career to see this in action. First, she was all about sorting Malawi out, adopting kids left, right and centre and starting up a scheme to build 10 schools to help them out; how selfless! Selfless up until the point where she got bored of this and pissed the country off with her inability to follow through with her charitable promises. Generous adoptive force or Malawian child-catcher?

So she stopped caring so much about the issue of poverty, but what next? Ah! Pussy Riot are in prison for their anti-Putin protests, she can get involved with that! But how? Do something defining like performing at a church and getting arrested meaning she’s held from her kids? No, she can write the bands name on her back! F**k you Russia, that’ll learn you! You think Madge is letting you get away with this then you can bloody think again!

Ok, so that’s poverty and politics sorted, what’s next? Homosexuality! At yet another gig in Russia, in a town that recently banned the gay pride parade, she showed her support by handing out anti-homophobia wristbands. I’m not going to attack the credibility of wristbands as I’ve undermined Madge enough already, but in flitting about, treating genuine world problems like a fashion accessory (literally), she is not using the potential of her position as one of the world’s biggest popstar properly, she isn’t concentrating on one issue for long enough to do anything about it. One only has to look at Bob Geldof to see what can be done through being dedicated; through his determination he has raised millions for impoverished countries, all the while seeming genuine, and he was only in the Boomtown Rats!

To me, it seems like Madonna is so desperate to appear edgy to the public that she has forgotten about actually caring. Anyone doubting this suggestion that she is attention seeking should probably be reminded that we are talking about a woman of 50 plus who still feels it is appropriate to regularly get her arse out.

It’s not only Madonna who has this unexplainable need to get involved in public issues, there are loads of other non-political popstars who view themselves as politicians.

Some just come off stupid, like Lee Ryan’s idiotic call for the world to forget that little twin towers thing and focus on the whales, famously stating in a post-9/11 interview  “This New York thing is being blown out of proportion, what about whales? They are ignoring animals that are more important. Animals need saving and that’s more important”. As Blue turned red, one can only imagine the bollocking he got from Duncan when they got home.

Then there’s the artists who suddenly ‘go political’. Their songs displaying a vague anti-machine/society/the man message with no particular passion, relying on the small chance that it will catch on to society’s generally pessimistic view of politicians enough to become popular. For example, ‘American Idiot’ by Green Day has to be the most mind-numbingly generic protest song ever; “Don’t wanna be an American idiot / Don’t want a nation under the new media / And can you hear the sound of hysteria? / The subliminal mind fuck America”. Brilliant, you’ve sorted that Billie-Joe Armstrong or whatever your name is, the media’s a right bastard and it’s making everyone idiots!

So, in summary, Pussy Riot have shown up a lot of people with their raw dedication to their cause. Madonna isn’t a c**t, that word’s reserved for Hitler and Chris Moyles, but the generic use of politics as a marketing tool has to stop. Too often is the generic denouncement of political hot topics and the government being used as a clichéd ‘edgy’ way of appealing to the masses. To me, to be of any use, politics in songs has to feel genuine, a good example is ‘Pirate Jenny’ by Nina Simone. In this, Simone takes a song involving a mistreated house-maid from an old theatre production and uses it as a metaphor for the upcoming black revolution. Throughout the song Simone’s genuine passion can be heard through the intensity of her vocals and the aggressive nature of the lyrics. Green Day used to sing about wanking, for Christ sake!